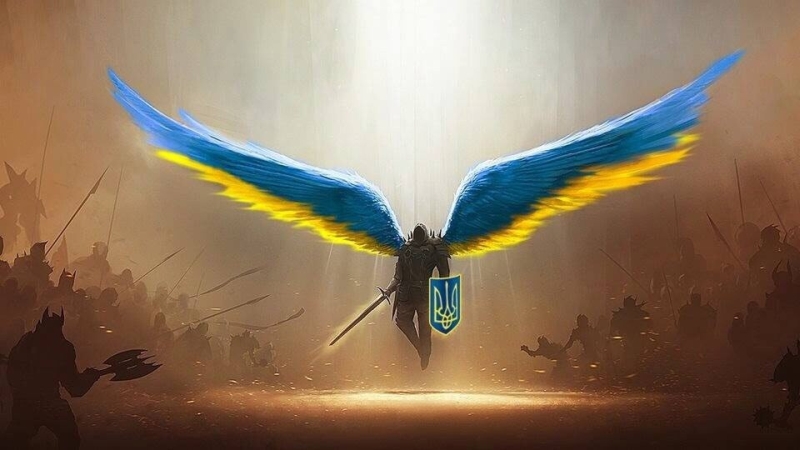 UPD: 12/04/2016 Devaluation card of national currencies as a percentage of the US dollar 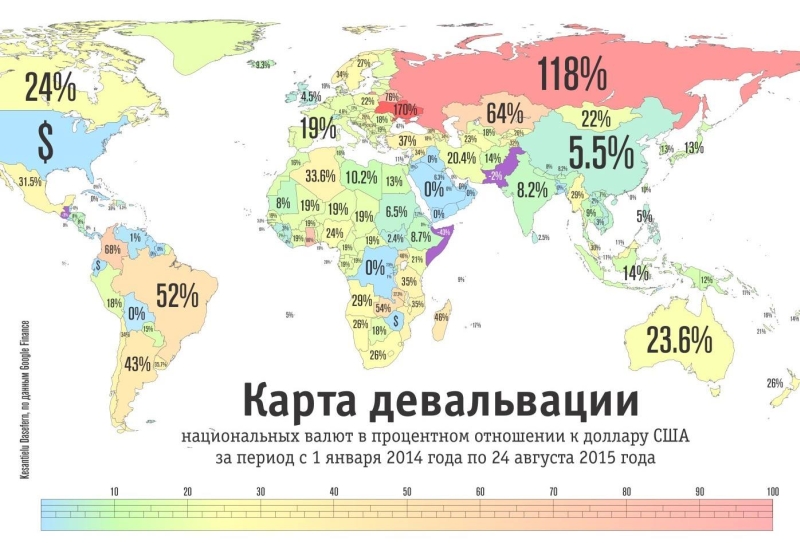 The devaluation card of national currencies as a percentage of the US dollar. 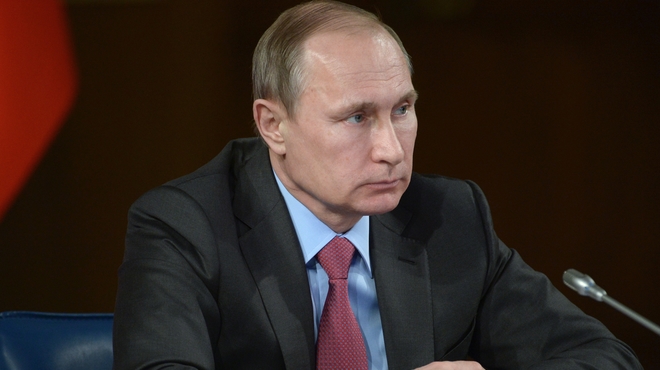 In the opinion of the head of state, Russian VKS fulfilled its task.

- I think that the task of the Russian military security services has been completed, - the head of state noted.

He also noted that during the operation it was possible to achieve not only military successes.

"The actions of our VKS in Syria contributed to a peaceful settlement," he added. - We challenged international terrorism.

ALL TO READ !!! Russia declared war on Ukraine. Universal mobilization is declared in Ukraine. 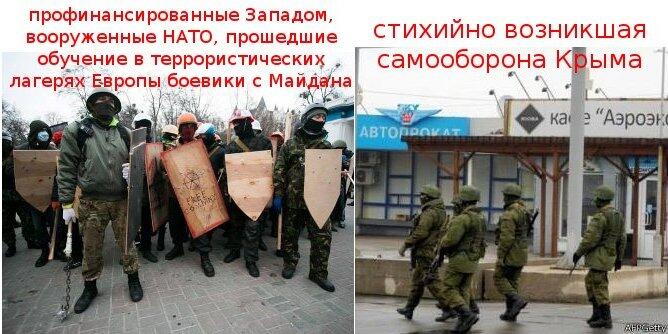 HOPE, UKRAINE WILL NOT RESIST

The Russian Orthodox Church does not consider the existence of the Ukrainian state expedient.

Russian military - peacekeepers, and their "mission" is designed to guarantee the residents of Ukraine the right to identity. This was stated in the Russian Orthodox Church, which today appealed to the UOC Moscow Patriarchate with a request to influence the decision of the leadership of Russia on the introduction of troops in Ukraine.

According to Russian media, the press service of the Russian Orthodox Church stated that "the Russian people are a divided nation in their historical territory, which has the right to reunification in a single state body." "Let's hope that the mission of Russian soldiers to protect freedom and identity of these people and their very life will not encounter fierce resistance, which will lead to large-scale clashes," added the Russian church, headed by Patriarch Kirill.

Recall that today the UOC Moscow Patriarchate asked Cyril to influence Putin to avoid war. "If Moscow introduces troops, the Ukrainian and Russian peoples will be dragged into a fratricidal war," wrote the Locum Tenens of the UOC MP Onufriy.

Another quote February 20, 1938 - Adolf Hitler (For all those who shout about the fascists, pogroms, Benderovtsi, etc.)

"More than ten million Germans live in two states located near our borders ... There can be no doubt that the political separation from the Reich should not lead to the deprivation of their rights, more precisely, the basic right to self-determination." It is intolerable for the world power to realize that The brothers in the race who support it are subjected to the most severe persecution and torment for their desire to be together with the nation, to share its fate.In the interests of the German Reich is the protection of these Germans who live along our borders but can not independently defend their political and spiritual freedom " 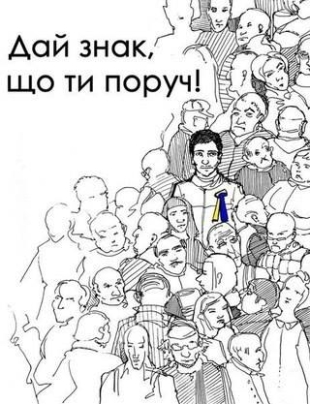 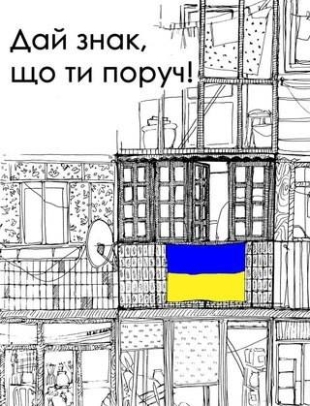 Hang the flag on the window, or in the car, attach the bluish-yellow tape to the backpack, install something with national symbols.

Perhaps you'll ask: "But what's the point? The troops will not leave my country if I hook the flag. "

So, they will not get away from this, but the imagination is the reaction of those who are indifferent to the country, who walk along the street and see a bunch of people who go with the flags.

Day after day, and this person will begin to manifest national ideas.

This fact is verified by a multitude of psychologists. Repeat something many times, spread it - and it will make sense 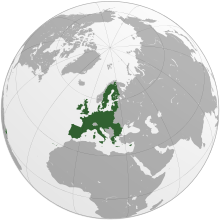 The European Union (EU, EU) is an economic and political union of 28 European states. Aimed at regional integration, the Union was legally secured by the Maastricht Treaty in 1992 (entered into force on November 1, 1993) on the principles of the European Communities. With 500 million inhabitants, the share of the EU as a whole in the world gross domestic product was about 23% ($ 16.6 trillion) in 2012 at nominal value and about 19% ($ 16.1 trillion) - at purchasing power parity.

With the help of a standardized system of laws in force in all countries of the union, a common market was created guaranteeing the free movement of people, goods, capital and services, including the abolition of passport control within the Schengen area, which includes both member states and other European states . The Union adopts laws (directives, legislative acts and decisions) in the field of justice and internal affairs, and develops a common policy in the field of trade, agriculture, fisheries and regional development. Seventeen Union countries put into circulation a single currency, the euro, forming the eurozone.

As a subject of international public law, the Union has the authority to participate in international relations and conclude international treaties. A common foreign and security policy has been formulated, which calls for a coordinated foreign and defense policy. Throughout the world, permanent diplomatic missions of the EU have been established, and representations at the United Nations, the WTO, the G-8 and the Group of Twenty operate. The EU delegations are led by the ambassadors of the EU.

What is EuroMeidan and what is happening in Ukraine?

Mass protests in Ukraine began on November 21, 2013 in response to the decision of the Cabinet of Ministers of Ukraine to suspend the preparation for signing an association agreement between Ukraine and the European Union. Three opposition forces: the parties of "Freedom", "Strike" and the faction "Fatherland" became a single protest force, however, this alignment is still temporary.

Where did the protest actions begin?

After promulgating the government's decision, the opposition politician Arseniy Yatsenyuk called on the population to go to protest. Supporters of European integration supported the opposition not only in the capital, but also in other regions of Ukraine. At rallies for Eurointegration, the demonstrators demanded to sign an Association Agreement between Ukraine and the EU. November 29 it became known that the president of Ukraine did not sign the document at the summit in Vilnius. After that, the protesters demanded the resignation of the government and the president.

The demonstrators moved to active military operations: the seizure and blocking of state institutions, the storming of the presidential administration. On Sunday, December 1, a "people's veche" took place in Kiev, at which opposition leaders announced a national strike. They urged people not to succumb to provocations of forcible seizure of power in the country.

Dispersal of the rally participants

The police on Saturday, November 30, dispersed the participants of the rally in support of European integration in Kiev. About 40 people were injured, more than 30 people were detained. According to the opposition, at the time of the dispersal of the rally at 4 am, there were 1,000 people in the square. According to some reports, in the dispersal of EuroMaidan, fighters of two mouths of the Crimean special forces of the Internal Troops of the Ministry of Internal Affairs of Ukraine from the regiment "Tiger" participated. The decision on the use of force on the Maidan was taken without the sanction of high-ranking officials in the government and the administration of the president of Ukraine.

The Ukrainian opposition holds the responsibility for the incident on President Viktor Yanukovych on Maidan. According to the police, the reason for the attack on the "Euromaidan" was some provocative actions on the part of its participants. However, the official version of the Ministry of Internal Affairs of Ukraine says that they were contacted by the employees of the management of the improvement, because the protesters prevented them from carrying out work related to the preparation for the New Year holidays.

The second reason could be a political game. Former supporters decided to "surrender" the leader in exchange for political guarantees. Head of the Kiev police Valery Koryak took personal responsibility for the use of force on the Maidan and resigned. The head of the presidential administration of Ukraine, Sergei Levochkin, decided to distance himself from the president. He also resigned in connection with the disagreement with the dispersal of the action on the Maidan.

We unfortunately can not be on the front line. News is provided as is. Thanks to all not indifferent, participants, journalists, people, and also sites: Ukrainian truth, censor.net, correspondent and other info-resources.