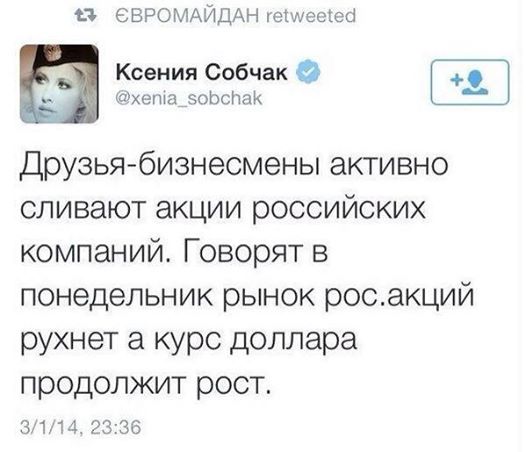 Indicators of Russian stock exchanges fell sharply since Monday morning. This is reported by Censor.NET with reference to TSN.

Thus, the Russian stock market fell by 5.8% on the MICEX index and by 7.5% on the RTS index. This is the low of June 2013 amid the worsening situation in Ukraine, according to the data of the Moscow Stock Exchange.

It is reported that the Russian stock indexes on Monday win back the aggravation of geopolitical risks due to the conflict between Ukraine and Russia, which at the moment is putting pressure on all world sites. The biggest losses in the morning on Monday are the shares of Mechel (-12.28%), Gazprom (-6.58%), Rostelecom (-8.11%).

In addition, there is also a strong weakening of the ruble on the Russian foreign exchange market, which fell below 50 rubles against the euro and to 36.5 rubles against the dollar. Recall, German Chancellor Angela Merkel accused Russian President Vladimir Putin of violating international law.

UPD: 02/03/2014 The word of Margarita Sichkar about Crimea and local zombies 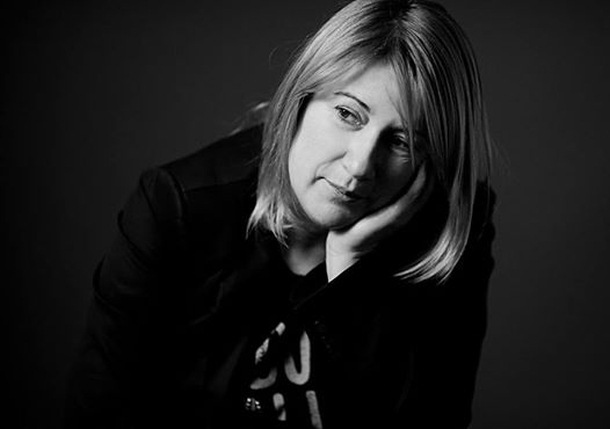 What I want to say is that the Crimeans are zombied by the Russian media about Benderyev, that everyone will come and kill the Russians and so on. Complete delirium in the heads. As the planes were canceled, we went by train.

Neighbors: a young guy, a merchant ship sailor and a woman, my mom's return. Both are from the semifield. After talking with my friend were in shock from what they heard: from their reasoning on the topic of politics, Russia and national interests ....

This is another Russian propaganda model of the USSR! On my proposal to go to the Maydan and see everything with my own eyes, they panickedly declared that they want to stay alive

) In the same place they kill! There they were killed !!!!

The same young guys and men, the return of my father! Go and feel the atmosphere of freedom! That's what we told them. Several hours of calm political information and an hour before arrival already both promised to go to the Independence Square.

We talked about what can be in the Crimea, about what depends on each of us ....

That I understood, then all progressive and authoritative (public) people need to travel around Ukraine and conduct proselytitelskuyu work. The main thing is accessible, clearly, on examples.

Give them another source of information !!!! They are like children! And most importantly: no aggression! Only with a smile and a calm voice, convincingly applying examples that are available for understanding

I can say for sure: these two people now think exactly about something else !!! So it's not for nothing that this day is for me and the future of Ukraine

Friends, please explain to people! And do not need weapons, better weapons are patience and endurance and dialogue! We read all psychology!

UPD: 02/03/2014 From the official page of Svyatoslav Vakarchuk on Twitter 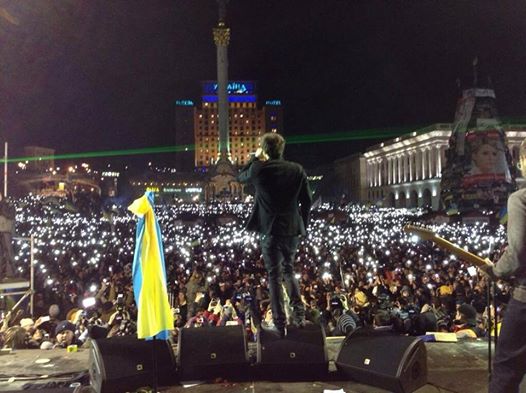 From the official page of Svyatoslav Vakarchuk on Twitter

I appeal to the Russians!
What is happening now is unthinkable!
I've seen millions of your faces, I know hundreds of you personally!
I could NEVER think what would ever happen !!!!
I know that you-decent, kind people of all Russia do not want war!
Say it loudly to your politicians!
Tell this to your President!
The decision to bring troops into Ukraine - can be the beginning of a great disaster for everyone! 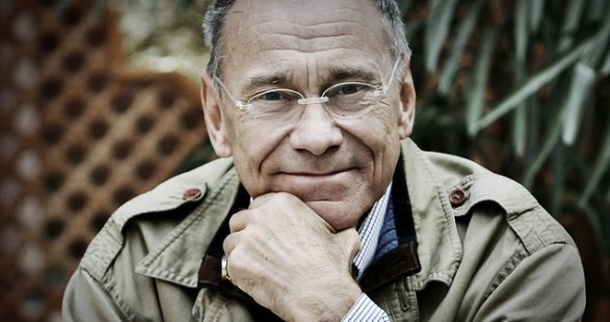 Outstanding director Andrei Konchalovsky in his blog published a short time ago a brilliant article - a cry of the soul of a man who is hurt for his homeland. For the state in which she was. For dying in corruption, lawlessness and poverty, Russia and the Russian people. However, read it yourself - the truth of Andrei Konchalovsky ...

I want to remind you of several amazing figures and facts that clearly confirm that Russia in many respects is not in Europe or even in Asia: in terms of corruption, life expectancy, investment in science and so on, we are in Africa! I'll even say more - it's not for us to be offended for such a comparison, but for the Africans! Africans have an explanation for their backwardness: for four centuries they were mercilessly exploited and destroyed by the "newcomers" - racists and colonizers, and us, Russians, who colonized the last four centuries, who rotted us apart from ourselves? ..

Andrei Konchalovsky about Russia, which is dying 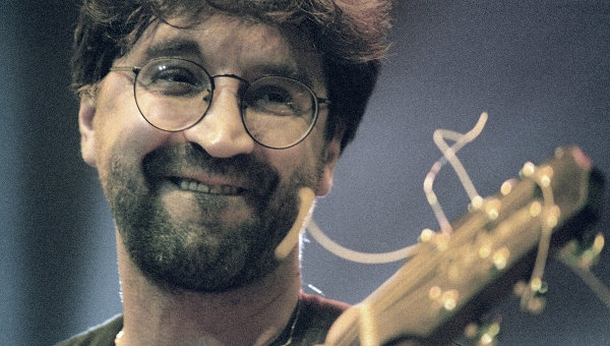 Yuri Shevchuk - DO NOT SHOOT!

I remember the canteen on the base in Mozdok, in January 1995, full of "valiant" staff officers, delicious diners, drinking vodka, laughing cheerfully, pinching waitresses for the buttocks and receiving combat awards. I remember how I clashed with one such "hero" who, with a cynical smile in his mouth, commented on what was happening: "in war, as in war ... a soldier for that and a soldier to perish ... we are instituting constitutional order ...". And next to it - the landing regiment of eighteen-year-old boys, on the parade ground, under the fine, Caucasian rain that was exhausting the soul, was waiting for sending to the front line. I signed them for 24 hours on military tickets "... good ... good luck ...". Then, in Grozny, a whole bag of these military men was poured out in the hospital, bullet-punched, in blood ... What has changed?

Calm the demons, fucking office and kitchen pseudo patriots, militant radicals on both sides, with which the troops will finally untie their hands. Again, the bloodshed of the brotherly wanted, this Viagra, so that you will continue to stand ... If, God forbid, the war in 2014 and flow through the veins of Russia and Ukraine, the two hundredth, in 2017 there will be another revolution, and we will get the final Universal "kirdyk."

Where is politics ?! Where are the cars of the negotiators? Where is the people's diplomacy? Where is the ambassador? Why are our "smart, brave people who are happy for the Russian people" did not come to the Maidan, to the Rada, in December last year, fearlessly did not speak out, did not sing their verses ... Olympics ... And now, as usual, they are covered by troops , Boys, blood.

We - the people of Ukraine and Russia - are relatives. Each of us simply needs to do everything possible to prevent a fratricidal slaughter. Otherwise, the defeat of inhumanity.

UPD: 02/03/2014 The reaction of some Russian authoritative people to the actions of the Russian army in the Crimea 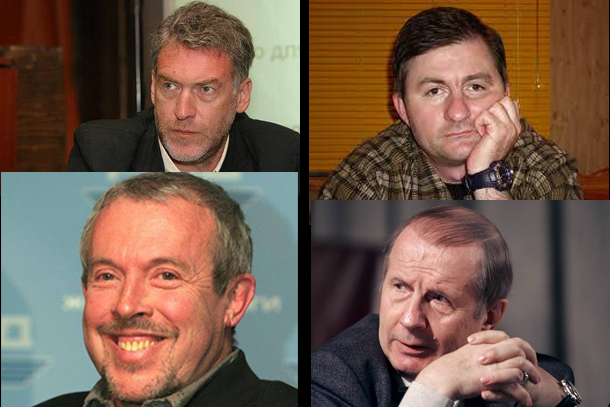 The reaction of some Russian authoritative people to the actions of the Russian army in the Crimea:

"It's like how ebanuta and inadequate the Russian government! It's how they themselves have intimidated their own TV channels! To what degree of hysteria have reached! Ukrainian Yarosh against their background is just an infant." Could anyone think a year ago that Russia will fight with Ukraine It was not possible, but the Russian Goebbels propaganda managed to catch up to an incredible height the hatred of Ukrainians who, during the revolution, overthrew their pro-Moscow Golden Baton. "

"Putin believed that he was not shining with the fate of Gaddafi and Yanukovych, and he wanted to become Saddam Hussein, although he was more attracted to Paul I. Imho, there will be no war, but there will be: global isolation of Russia, economic kirdyk, mass flight, . "

"If we get involved, God forbid, in anything in the Crimea, that is, 13% of the Crimean Tatars, about two hundred and fifty thousand people, who, conditionally speaking, can expose thirty thousand guerrillas, we will be tortured to fight with them." And no Ramzan Kadyrov will not be at war with them, Muslim Moslems-Chechens with Muslims-Crimean Tatars will not fight.I think that some steps are being taken from ineptness, from a lack of understanding of what to do "

"Do you want to quarrel for two people living side by side for a long time? You do it." And how does it end, you know? The war with Ukraine was like? As with Abkhazia, it does not work out: the guys on Maidan have already become tempered and They know what they're fighting for, for their country, for their independence .Why are we for what? For Yanukovych? Guys, why did you hide it in Russia? An honest man will not hide a criminal and a thief, but a thief will. Why do you dishonor yourself? Before mankind? I know that you do not give a damn, but all the same? "