Early signs of diabetes that you should not ignore!

Diabetes mellitus type 2 is a very common disease today. Symptoms of diabetes can be easily overlooked.

Diabetes is a very serious disease that causes many dangerous complications, for example, cardiovascular or neurological problems, which is why the sooner a diagnosis is diagnosed, the better.

Proper nutrition, exercise and medicine will help keep diabetes under control and a person who suffers from this disease will be able to continue to live a normal life. Here are some signs of diabetes that can help you in time to recognize it.

How to recognize the first signs of diabetes 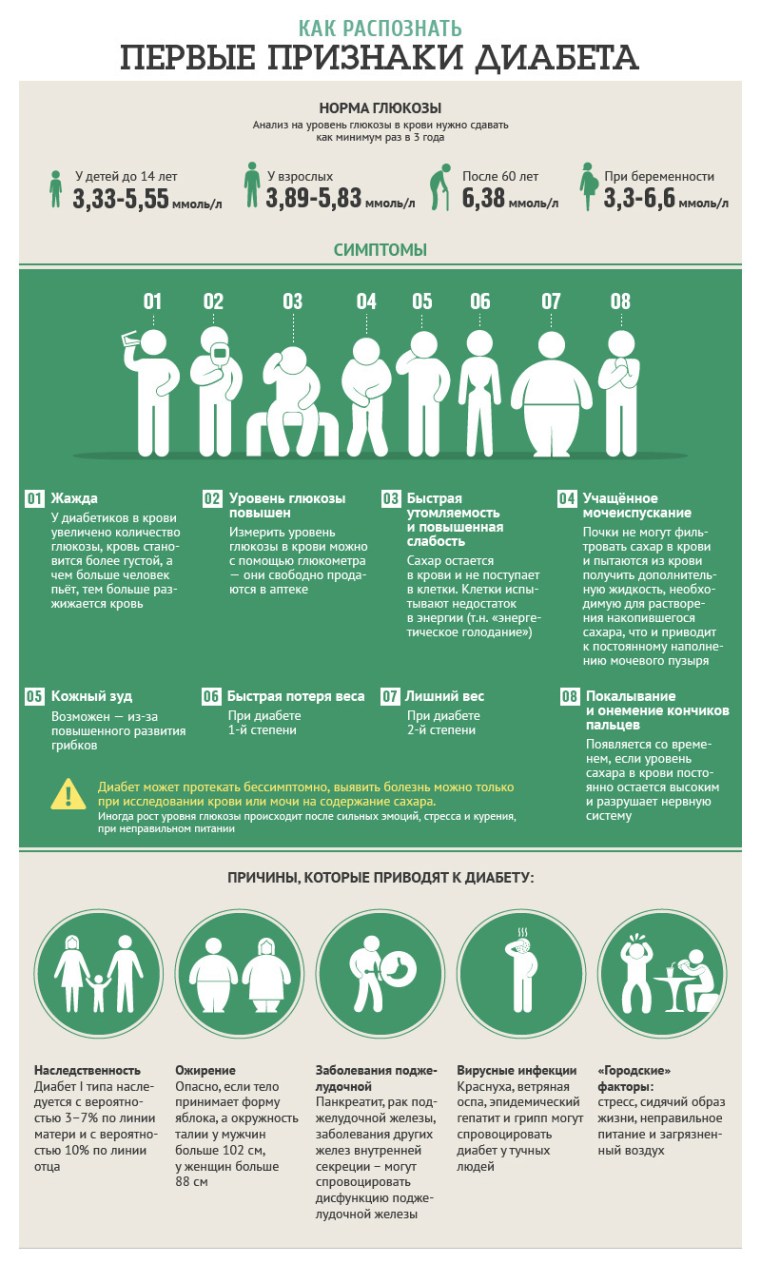 Frequent urge to urinate or urinate at night, can be one of the first signs of diabetes. Kidney, as a rule, it becomes much more difficult to get rid of the excess of glucose in the blood.

If you lose more fluid, then the body will do everything to replace it, so this symptom is automatically linked to the previous one and the need to drink increases.

The body constantly wants to eat because of the extreme highs and lows of blood sugar levels. Cells do not receive enough glucose, hence the body begins to crave food.

Dry mouth, as a rule, attracts bacteria and causes numerous dental problems. In addition, gum disease is a complication of diabetes.

Excess fatigue occurs when the body constantly compensates for the absence of glucose in the cells.

When the blood sugar level is high, it has a negative effect on the eyes and changes the shape of the lens and eyes. Your vision will become blurred. If the sugar level remains high for a long period of time, the changes that occur before your eyes can become permanent and lead to a complete loss of vision.

Bruises, infections, cuts that do not heal

This is due to damage to the blood vessels and is a classic symptom of diabetes. When excessive amounts of sugar are present in the veins and arteries, they become less able to transport blood to a place that must be "repaired" and healed.

Various sexual problems are also the result of diabetes, because it damages the blood vessels and nerves in the genitals. Men may experience difficulty with erection, and women may experience vaginal dryness. From 35% to 75% of men who suffer from diabetes mellitus face impotence.

In case you experience some of these symptoms, see a doctor, do a blood test and make sure you are ok.

Just try to eat healthy food and in moderation. Also, try not to be nervous and ignore all the bad habits that you have. With age, the risk of developing diabetes increases, so we recommend that you stay physically active and lead a healthy lifestyle.

In the clinical picture of diabetes, it is common to distinguish between two groups of symptoms: primary and secondary.

The main symptoms are:

The main symptoms are most typical for type 1 diabetes. They develop acutely. Patients, as a rule, can accurately name the date or period of their appearance.

Secondary symptoms include low-specific clinical signs that develop slowly over time. These symptoms are typical for diabetes, both 1st and 2nd type: 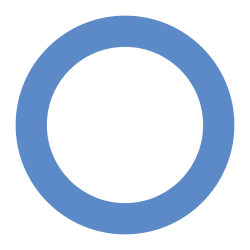 The symbol approved by the United Nations for diabetes

Diabetes mellitus (Latin diabetes mellitus) is a group of endocrine diseases associated with impaired glucose uptake and developing as a result of absolute or relative insufficiency of the insulin hormone, resulting in hyperglycemia, a persistent increase in blood glucose. The disease is characterized by a chronic course, as well as a violation of all types of metabolism: carbohydrate, fat, protein, mineral and water-salt. In addition to humans, some animals, such as cats and dogs, also suffer from this disease.

The term "type 1 diabetes mellitus" is applied to the designation of a group of diseases that develop due to the progressive destruction of beta cells of the pancreas, which leads to a deficiency in the synthesis of proinsulin and hyperglycemia, and requires hormone replacement therapy. The term "type 2 diabetes mellitus" refers to a disease that develops in persons with excessive accumulation of adipose tissue that have insulin resistance, as a result of which there is an excessive synthesis of proinsulin, insulin and amylin by beta cells of the pancreas, there is a so-called "relative deficiency". The last revision of the classification of diabetes was made by the American Diabetes Association in January 2010. Since 1999, according to the classification approved by WHO, type 1 diabetes, type 2 diabetes, pregnant women's diabetes and "other specific types of diabetes." Also, the term latent autoimmune diabetes in adults (LADA, "type 1 diabetes") and a number of rarer forms of diabetes mellitus are singled out.

There are a number of classifications of diabetes mellitus on various grounds. Together, they are part of the structure of the diagnosis and allow you to accurately describe the condition of a patient with diabetes.

Diabetes mellitus type 1 or "juvenile diabetes" , however people of any age can be ill (destruction of B cells leading to the development of absolute lifelong insulin deficiency)

Other forms of diabetes:

Gestational diabetes mellitus is a pathological condition characterized by hyperglycemia that occurs during pregnancy in some women and usually spontaneously disappears after birth.

Note: should be distinguished from the pregnancy that has arisen in patients with diabetes mellitus.

According to WHO recommendations, the following types of diabetes mellitus are distinguished in pregnant women: