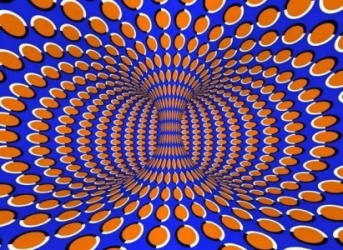 Optical illusion (visual illusion) - an error in visual perception caused by inaccuracy or inadequacy of processes of unconscious correction of the visual image (moon illusion, incorrect estimation of the length of segments, the magnitude of the angles or color of the depicted object, illusion of movement, “illusion of the absence of an object” - banner blindness, etc. .), as well as physical reasons (“flattened moon”, “broken spoon” in a glass of water). The causes of optical illusions are investigated both when considering the physiology of vision, and as part of the study of the psychology of visual perception.

There is a legend that once Aivazovsky painted the sea so realistically that the birds who saw his drawing began to feel sick. History has not preserved that picture, but, we think, it looked about the same as this picture. If you are prone to motion sickness, skip it. 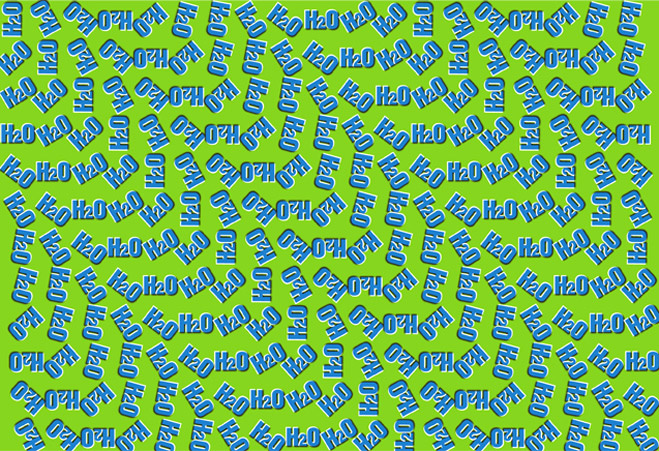 Move your head up and down, left and right, mowing, without taking your eyes off the picture. You see, although there is some kind of strange movement in the inner square, the outer borders remain motionless? If you paste on the walls of the hall with the trampolines with such wallpaper, the athletes will go crazy. Oh, dreams, dreams ... 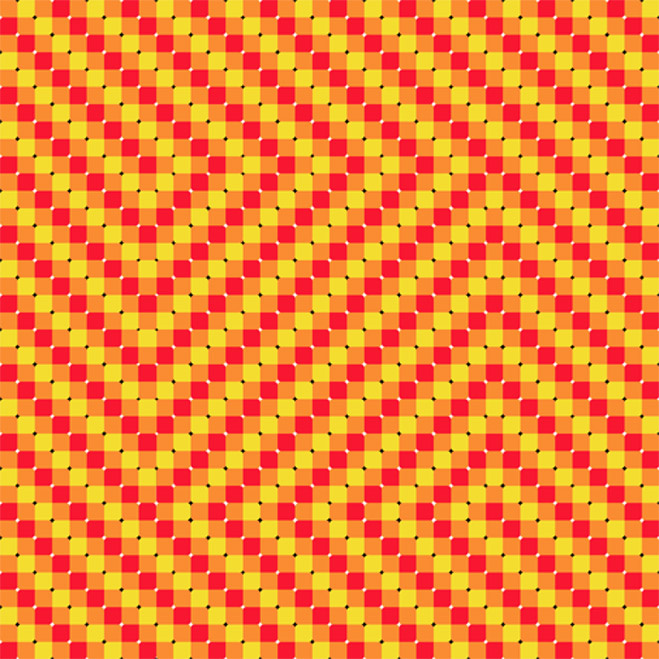 Most likely, in this figure you see something similar to massive doors. Now defocus your eyes a little - this is easy to achieve by drinking five hundred grams of whiskey - and you will see sixteen circles. Now, drink a couple of servings of whiskey, defocus your eyes, look in the mirror and think with satisfaction: “What an impressive man I am!” 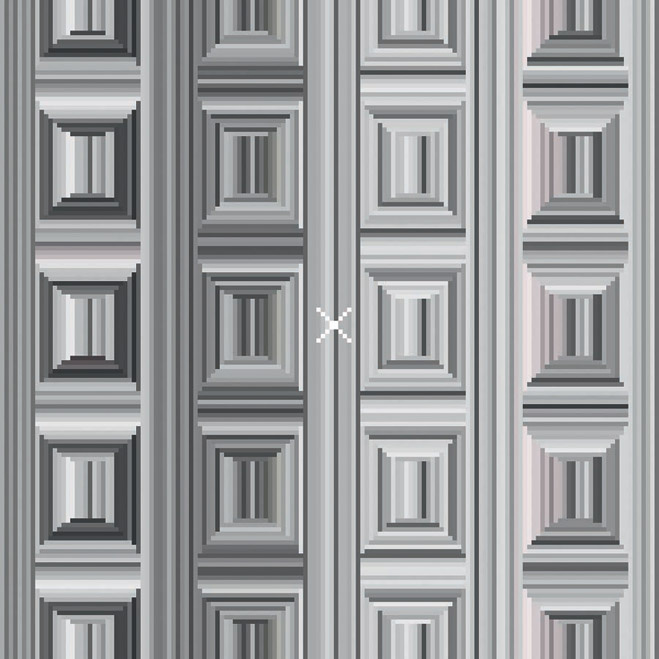 The Leaning Tower of Pisa, it turns out, has not always been such a curve. Just once, she noticed that a plane was flying at her, and managed to dodge. However, quite historical digressions. Better admire these two photos. Although it seems to you that the right tower should fall on tourists and residents of Pisa a little faster than the left, still they have the same angle of inclination. Any protractor will tell you this. After all, who do you believe more - us or your own eyes? 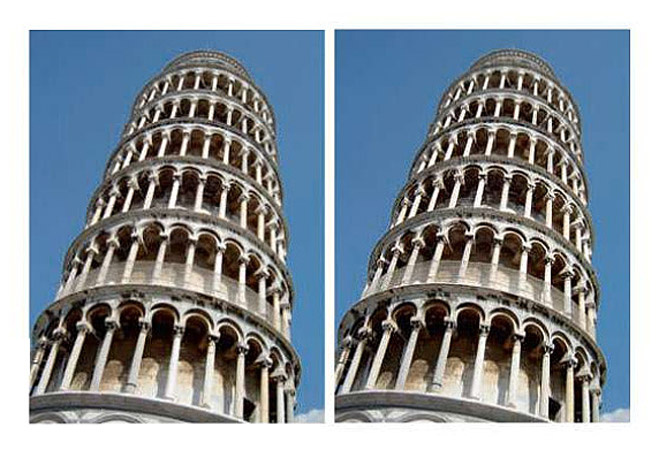 As you can see, we painted only the inner cells under the ruler. To the rest of the cells lined up in orderly rows, look at the center of the field. After a couple of seconds, you will notice that the lines on the periphery of the picture begin to turn into neat cells. Next time, when you do the cleaning, restore order only in the center of the room and try to apply this method. 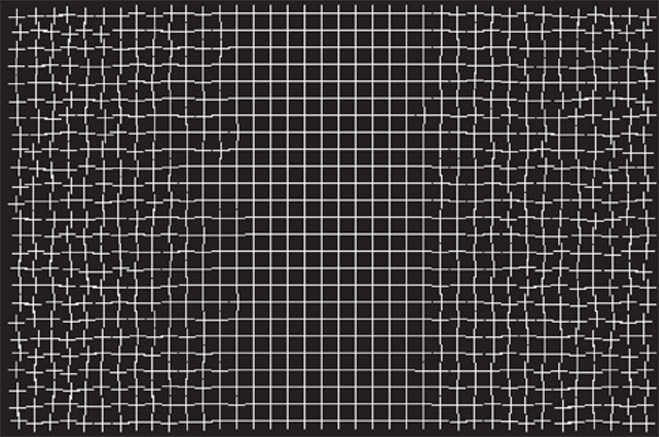 Not all in a spiral

And so it happens: you know a drawing for a hundred years and think that you know everything about it, and then - once! - and it turns out that in reality he is not at all like that. Yes, it turned out that this is not a spiral, but circles inscribed into each other. Well, let's try to somehow live with this further ... 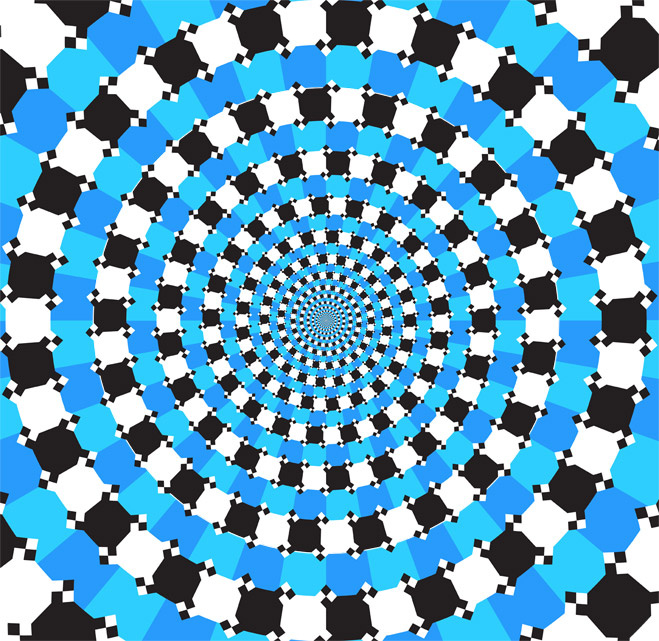 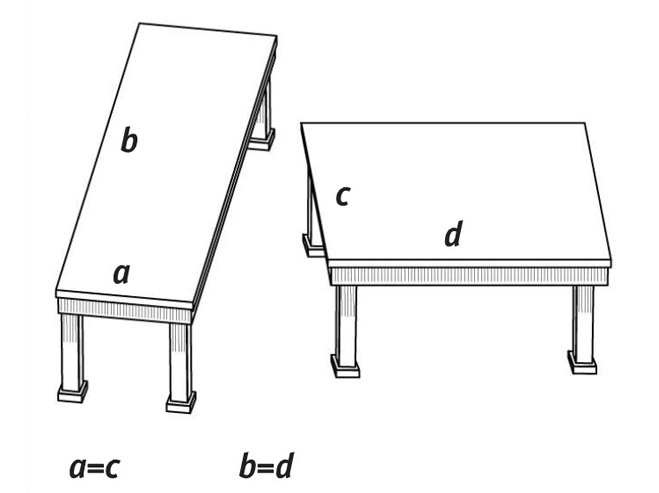 And for this illusion you need a back seat. However, if you work in a tight office, you can just give the monitor to a colleague and ask him to move a few steps. Well, did you catch it? When you looked from the usual distance, the girl looked to the left, and when the drawing moved away, she began to mow to the right. 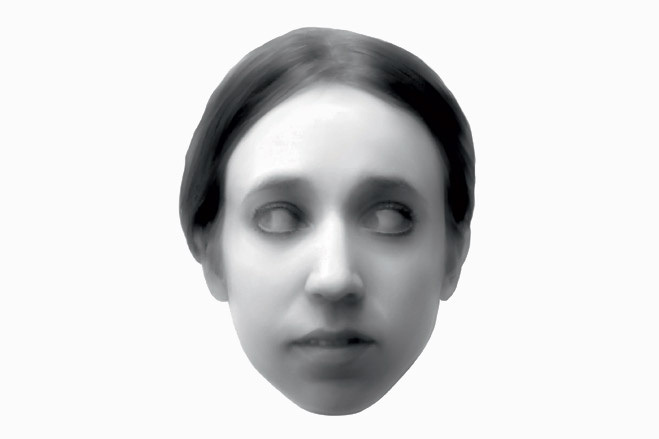 It’s a pity, you are far from us and we can’t argue with you for big money that squares A and B are the same color. You would say that different, and lost. Do not rush to tear the magazine, trying to make sure of it. Take a look at the bottom left corner of the page. Especially for the little believers, we prepared the same gray square as those two. Cut it and attach it to the marked squares. Well, make sure? Now go and argue with someone for a lot of money. 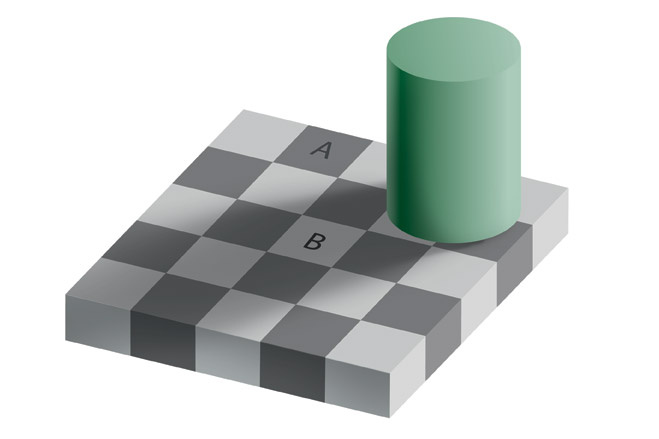 It was getting light ...

Move your arm out from the monitor. Now look at the center of the picture and start not getting too close to it. By the time the monitor touches the nose, the pattern will be almost invisible because the page will turn whitish. All. 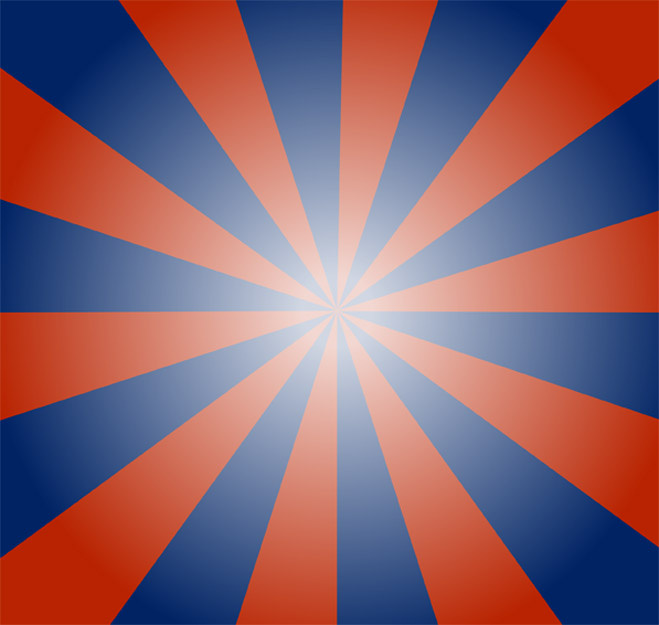 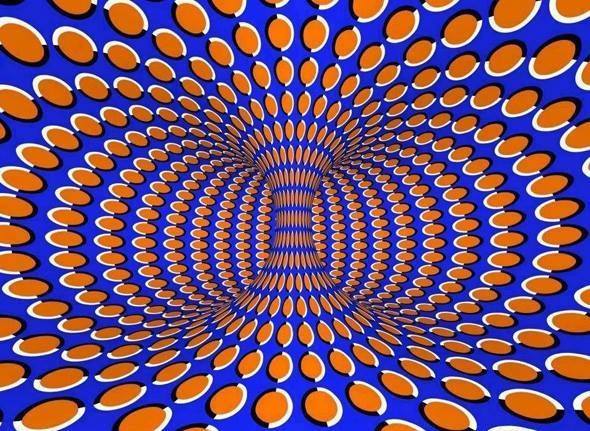 Red on white seems lighter, on black - darker. Closer to the left edge, the white stripes appear redder, and the red ones on black to the right edge appear whiter. When you look at the middle of the picture from black to white stripes, the latter “shift” up 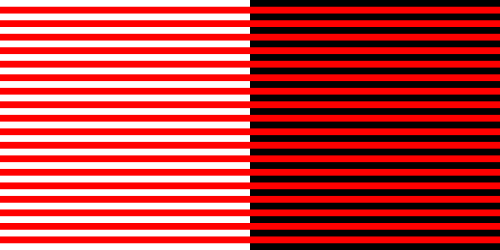 Is it time for a vacation?

If something is spinning, you need a vacation

Look carefully at each circle individually - it stands still! 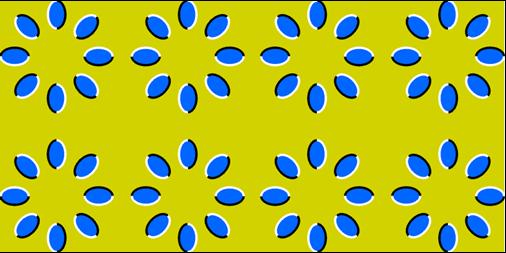 Look only at the cross. After some time, the running circle will be green!

If you continue to look at the cross, then soon all the purple circles will disappear, there will only be running green ... Which is actually purple

This, in my opinion, is the coolest illusion!

Well, who is in this portrait? 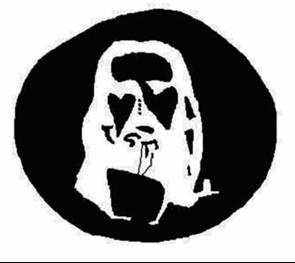 In 1983, the BBC channel conducted an experiment, asking viewers to tell what they see in this picture. This experiment was needed to confirm Professor Sheldrake's theory of how people's opinions can influence each other. The more people expressed their opinion about what is depicted here, the easier it was for other people to reveal the meaning of the picture. And what do you see in the picture?
Panda Dancing Couple. Alya worker and collective farmer. A man comes out of an explosion. James Bond, I guess. In a raincoat or coat. Right in the center I see a panda, a cat, a bat, a bear that catches this bat, a crawling bear ... I saw a panda, a lamp, a dancing couple, a zebra’s face, a dragon’s beak with spread wings, a crocodile’s face that crawls from the upper right angle down 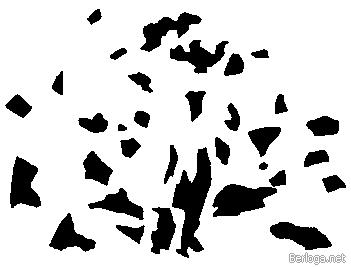 We read any text

Read the text to the end, not paying attention to the fact that it somehow does not look like that ...

Is the Spanish castle colored or not?

Here is a picture of a Spanish castle in a little strange colors.

If you move the mouse over the picture, it will change to black and white.