Fallout 4 starter guide: 12 things to know before you play 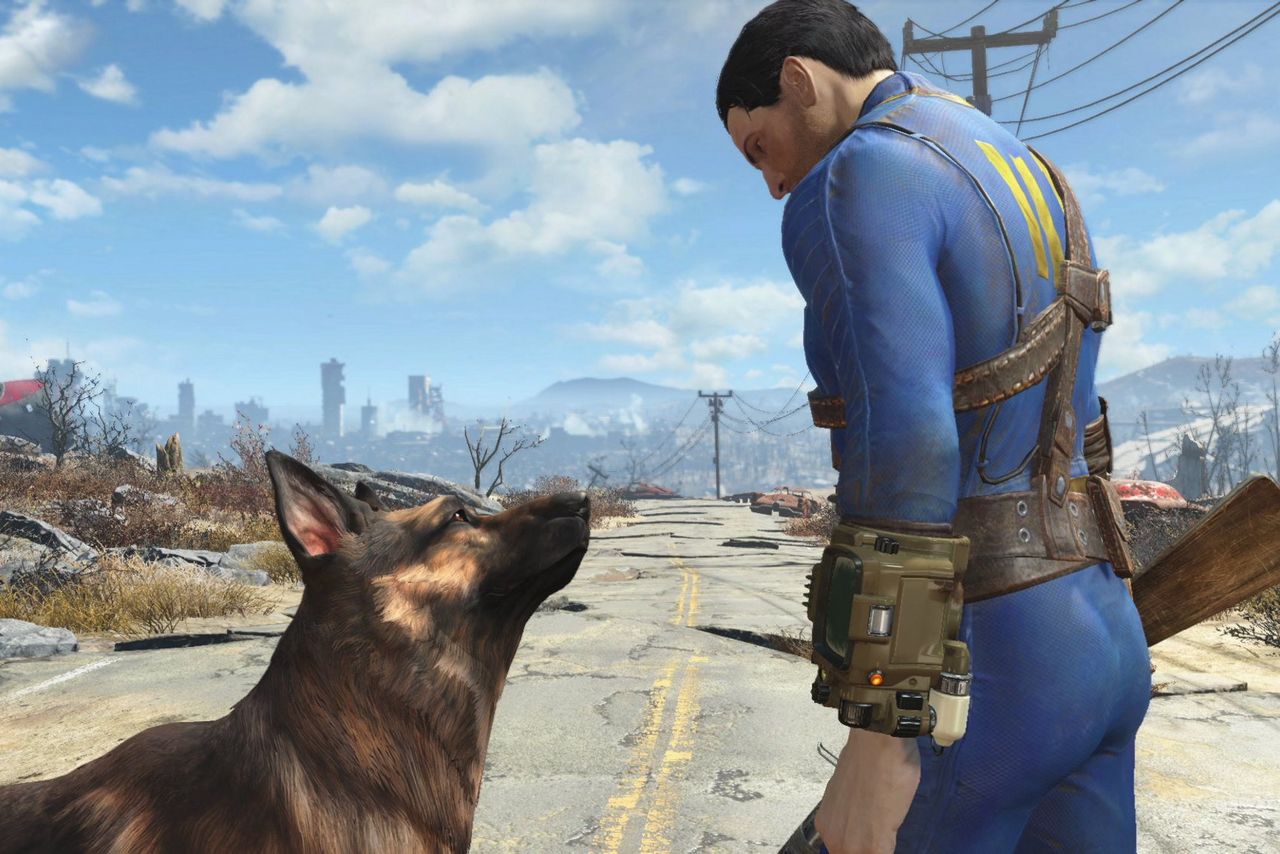 I have a very specific way of playing Fallout games, and I do not think I'm alone. I need to hack every computer, pick every lock, and persuade everyone. If I'm going to devote dozens, I do not want to keep as many options open for as long as I can.

For Fallout 4, I thought I'd try something different: a no-nonsense character with no charisma or intelligence - someone who can barely aim a gun but is lethal with a baseball bat. I thought it would be fun to see a different side of the game, but I was very, very wrong. Yes, you can play the game however you want, but some preplanning is downright essential.

So now, 20 hours into one journey, I'm starting out with all the lessons I have learned from that first experience, and I'm already having way more fun. Here's everything I wanted to know before starting Fallout 4. 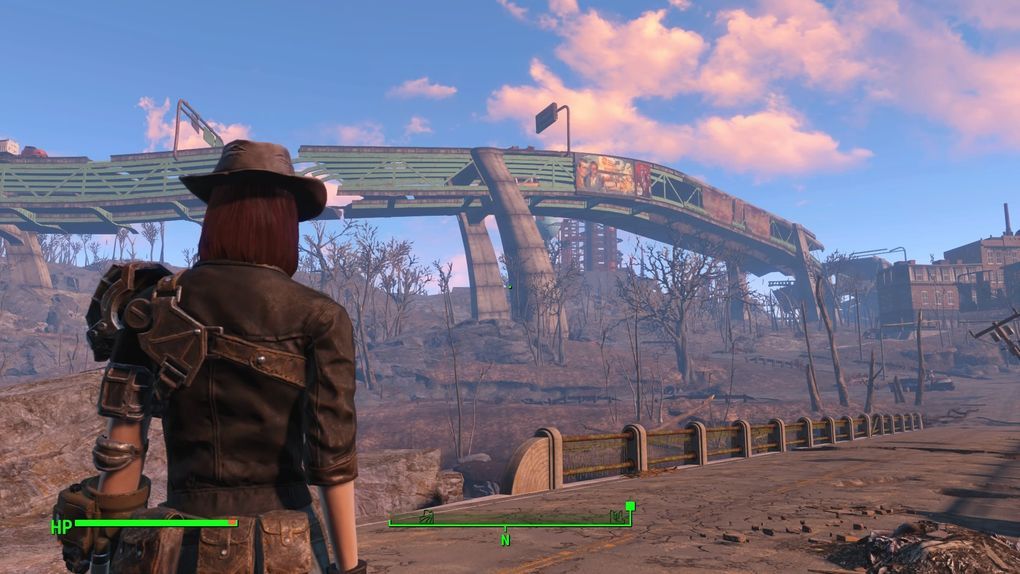 Some stats are more SPECIAL than others

Your character is defined by SPECIAL: base stats representing Strength, Perception, Endurance, Charisma, Intelligence, Agility, and Luck that you choose at the beginning of the game. Unlike past Fallout titles, there is no separate collection of specific skills to spend points on. Instead, when you level up, you can choose to unlock certain perks.

The only way to pick up on the Locksmith perk - ditto for unlocking computers and the Hacker perk. To get to these perks, you'll need to have at least four points each in the Perception and Intelligence stats, respectively. Also, I can not stress this enough: you'll want to get Charisma as high as possible, as soon as possible. Unlike past Fallout games, there are no points to spend on skills; Bartering and persuasion are all based on your charisma stat plus some arbitrary dice roll (be sure to save often). You do not have to use it, but you will want the option.

... but stats can not be improved

Leveling up grants you one point to spend on the (rather adorable) perk chart. Some perks are essential for accessing parts of the game (ie picking up locks or building certain items). Others are there just to better your combat and survival prowess. We found ourselves to be more often than not.

And as with past Fallout games, you can temporarily boost your stats with drugs and special apparel.

Use a generic or "sci-fi" name

It makes talking to the robot more fun. Cheers!

Pick one workshop and call that home

Very early on you'll have access to two different workshop areas (Sanctuary and Red Rocket Gas Station). These are great places for storing all the junk you've accumulated, but they do not transfer from one to the other without you physically moving them. So when starting out, it's best to just choose one of the locations and plan.

And always drop off a junk at a workshop.

Always build mods and cook when you can

There's a lot of junk in the post-apocalyptic Boston, but it all falls into specific categories. Ultimately, a toaster is no different than a coffee pot - both are materials that can be used as a steel substitute for building other cool things. Every mission is a chance to grab literally hundreds of new materials and raw (read: irradiated) meat, which can be grilled / roasted to safe levels of consumption. So if you have a chance, it's best to just make all the different mods and cook all the food you can. It's also an easy way to gain experience.

Scrapping is more important than selling 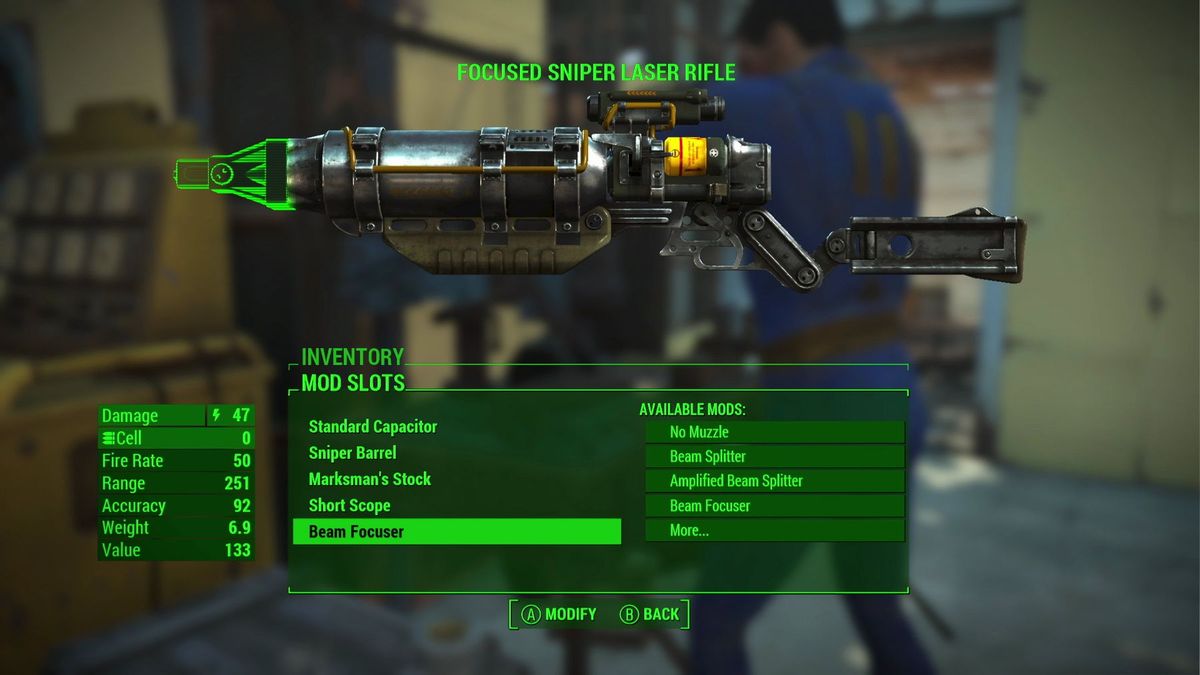 Sure, some shops have unique items, but you'll really only spend money on ammunition (rarely needed, but it came in handy). It's better to have extra material for weapon and armor mods (as well as buildings for your various homes).

Here is a huge number of ways to mix and match apparel in this game. Arms, legs, chest, head, and long underwear can all be intermixed and boost both armor and various stats. (The right kind of hat will add multiple points to Charisma, for example.) Better still, you can, you can easily add pockets and increase the total amount you are able to carry.

In past Fallout games, you could get a dose of radiation and more or less ignore it. That's decidedly not the case here: radiation will reduce your maximum health (shown through a pesky red line on your health bar). And radiation is everywhere, up to and including the very first low-level creatures you encounter in the game. So cook raw meat before ingestion, be mindful of the radiation protection, some clothes provide, and be sure to have some RadAway / Rad-X medicine handy at all times. 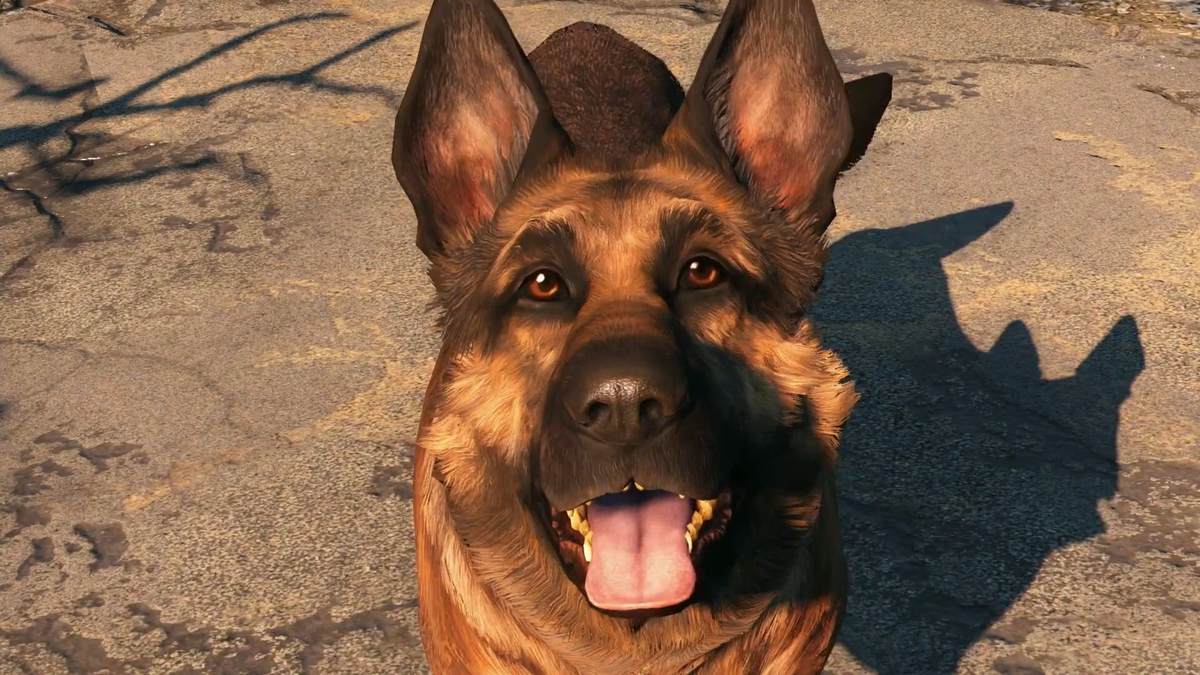 The post-apocalypse's de facto super suit is more ubiquitous in Fallout 4, but after you get your first suit, it's fine to drop it off at your favorite workshop and save it for special occasions. Power armor runs on energy, which at the first time is not easy to come by. It's easy enough to find enough parts to replace the suit. Besides, it clutters up the HUD quite heavily.

You'll have quite a few options for travel buddies, starting with the adorable dogmeat. It does not matter how much you take in, but it does not matter who you take along in missions, but each one of them has fun quirks that add to the color of the game (a certain reporter, for example, might start randomly going around asking other questions). They also serve as a great pack of mules for when you need to carry more than your own weight in weapons, armor, and junk.

Feel free to focus on the main quest (to a point)

Fallout 4's main quest is way more compelling than past games in the series. There will come certain moments where certain decisions will come to you, certain decisions will cut off access to other quests (say, hypothetically, picking one's side in the heated debate), but for the most part, you can get far into the main quest before needing to check out Others. The sides quests are fun (some of them at least), and it's worth exploring the map as much as you can, but the game will continue Backlog.

If nothing else, we'd like to barreling through to the first "big" city (you'll know it when you get to it) so you have access to more shops.

Persuasion checks have an element of chance, some conversations have unintended consequences, and bugs are painfully prevalent. You'll need the peace of mind / backup plan. Eventually the elevator comes for us all.