Types of bleeding and first aid rules you need to know! 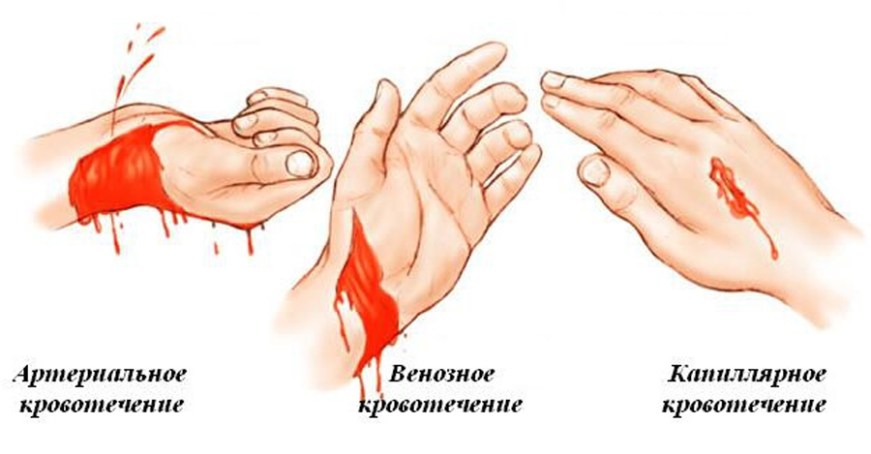 Bleeding - the release of blood beyond the vascular bed or the heart into the environment (external bleeding), into the body cavity or lumen of the hollow organ (internal bleeding). Examples of external bleeding are metrorrhagia (uterus), melena (intestinal), internal - hemopericardium, hemothorax, hemoperitoneum, hemarthrosis (respiratory cavity, pleural cavity, abdominal and articular cavity, respectively).

The need for first aid in bleeding is caused by danger to human health and life. It is important not only to know what the danger of bleeding is and what kind of help a wounded person needs, but also to be able to determine the type of bleeding . On the characteristic features of the types of bleeding and how to provide first aid in case of their occurrence later in the article.

Since first aid for venous bleeding differs from first aid, say, with arterial bleeding, it is necessary to clearly understand, with the damage which vessels you encounter.

There are four main types of bleeding :

The risk of bleeding is:

Determine the type of bleeding :

First aid rules depending on the type of bleeding

As a rule, the maximum danger of capillary bleeding lies not in blood loss (it is minimal), but in infection .

Therefore, if small vessels are damaged,

If you have determined that you are dealing with venous bleeding , the procedure for this type of bleeding is as follows:

One of the most dangerous types of bleeding is considered arterial , because in this case the risk of death as a result of blood loss is significantly increased. In this case it is necessary: 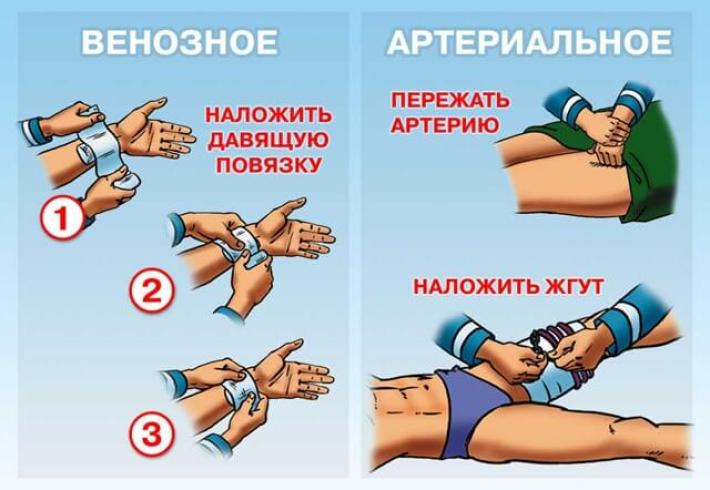 If the symptoms suggest the presence of internal bleeding , it is necessary to ensure the immobility of the victim, namely:

A little to ease the bleeding will help the cold, which is applied to the alleged site of localization of bleeding.

An ambulance should be immediately called for in any type of bleeding, except capillary. Remember that to climb into the wound with your hands, try to remove from it any objects or remove the blood-soaked bandage is prohibited.