Health and Medicine ... How to choose spices and ...

How to choose quality natural spices and spices

Flavored food additives , as well as seasonings , spices, spices - chemicals, individual parts of biological products of plant origin and their mixtures, designed to improve the taste and aromatic qualities of food and ready-made meals.

Taste supplements can improve the digestion and assimilation of food, as well as the possibility of its long-term storage. 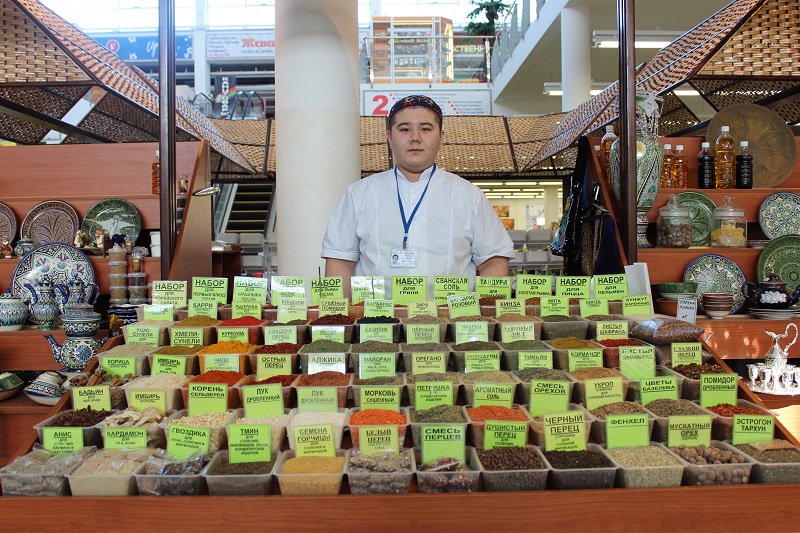 Yes, it did not seem to you, even such things as spices and spices are also excellent forging . My bitter experience is proof of this. Once, having bought ordinary black ground pepper, I, opening the package, without looking inward, added this spice to the almost ready dish. But having examined it closer, I noticed that the black pepper is not black at all, but some gray with incomprehensible impregnations of something white. After trying what I prepared, the dish had to be thrown away, because it was not black ground pepper, but something incomprehensible, which ultimately spoiled my dish.

Nobody is immune from the acquisition of spoiled spices and seasonings, even where they grow ... Often, when traveling by distant countries, we buy low-grade goods in tourist shops, and the real spices remain and are not known by us.

This problem was before ... For example, under the guise of the most expensive spices (saffron) for several centuries have been selling cheap safflower. And what kind of spices can you say if they are sold on the market in an open manner? Such sales outlets should be avoided altogether, preferring a packaged product (in foil or glass containers).

The simplest way is to check the quality of the whole product, the powder mixtures often contain extra particles, the presence of which can be found only in a special laboratory. 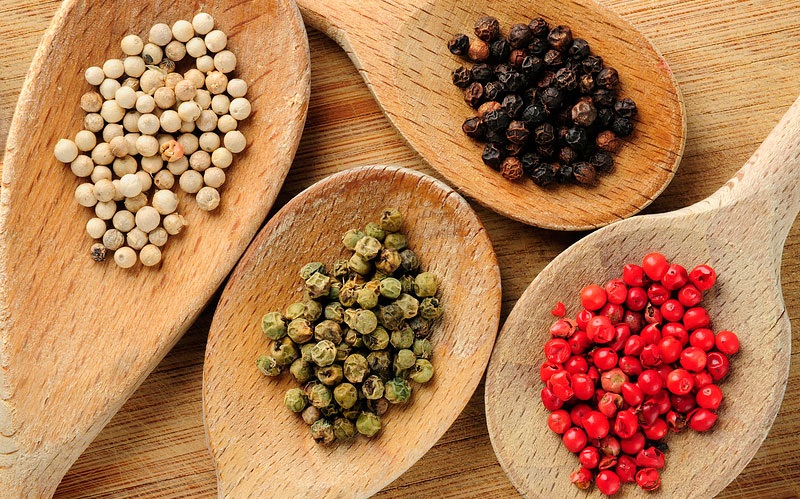 According to GOST, the diameter of black peppercorns should not exceed 3-5 millimeters. When squeezing, the pepper has the property of breaking down into large particles, leaving a slightly greasy, oily trail. Overdried or poor-quality product after such manipulation turns into a husk.

Shells of green pepper are rich in olive color, and it has a slightly loose structure. White pepper has no shell, it has a delicate coffee color. Sweet pepper has large kernels (5-9 millimeters). If you immerse it in water, it will drown. 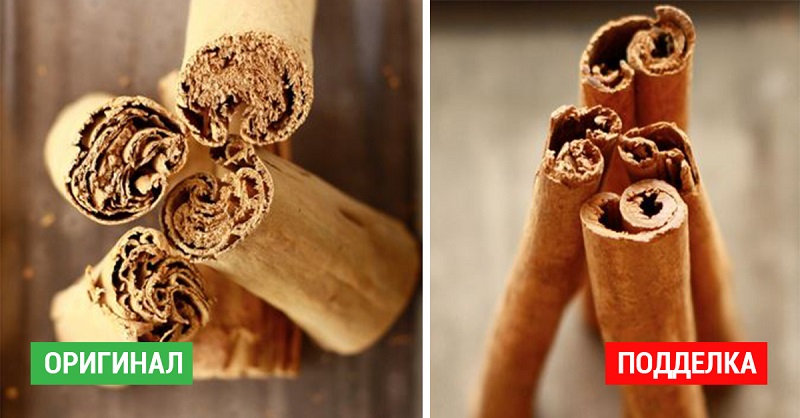 You can distinguish quality cinnamon from counterfeiting, both in a hammer and in a single form. The powder is dripping with iodine. If the product has turned blue, then, before you, cassia is the most common analogue of cinnamon.

Cinnamon sticks differ slightly reddish color, and also more thin and friable structure. Cassius is much rougher than her cousin and twisted one-sidedly. 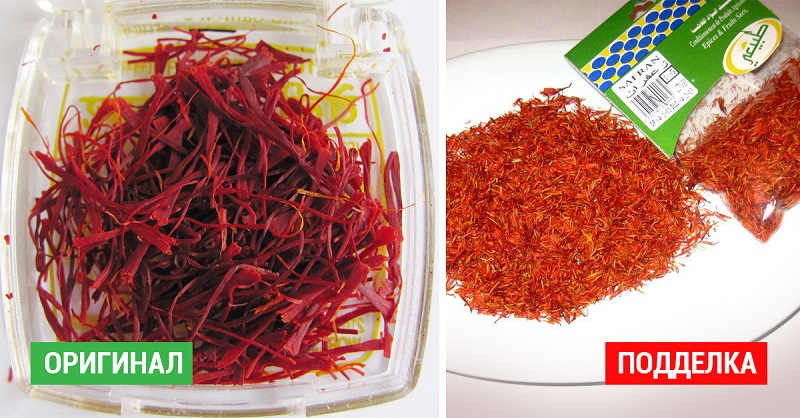 Most often, under the guise of this expensive spice, we are offered safflower, dried beetroot, or turmeric. To distinguish the real saffron from a fake is quite simple: its cost is simply prohibitive, the appearance is uniform, the spice has a rich red color. 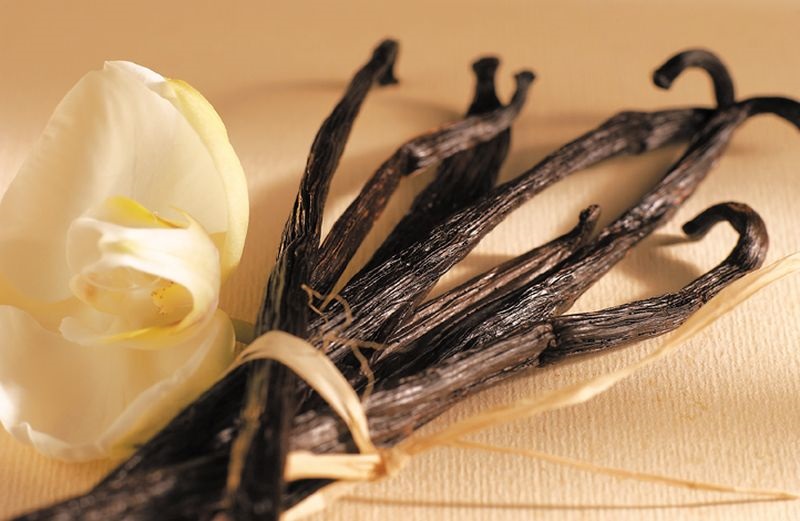 Vanilla pods come in several varieties, their properties persist for many years. It is worth buying this spice in pods, as its quality will still be higher than that of synthetic vanillin. 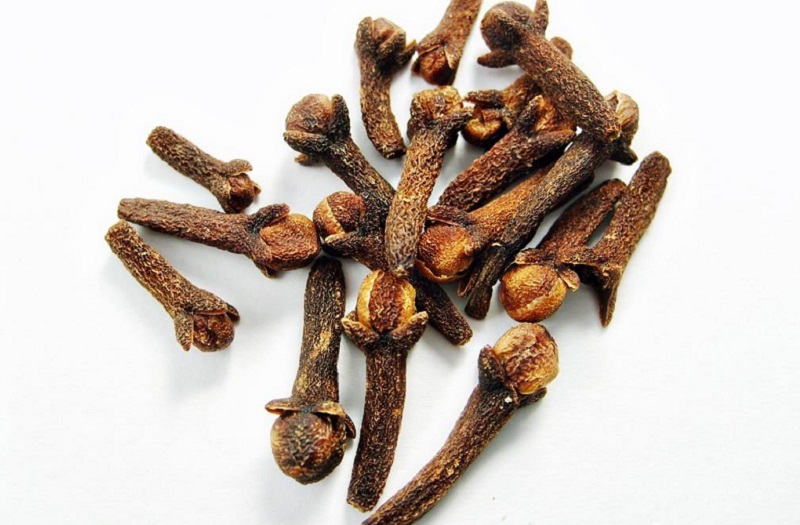 Quality cloves have a strong aroma and burning taste. Its shape is uniform, color brown, usually the legs are darker than buds. Like black pepper, if damaged, cloves give off an oily liquid.

If you drop the fresh spice into the water, it will float as a "soldier", and a poor-quality clove will remain "lying" on the surface. 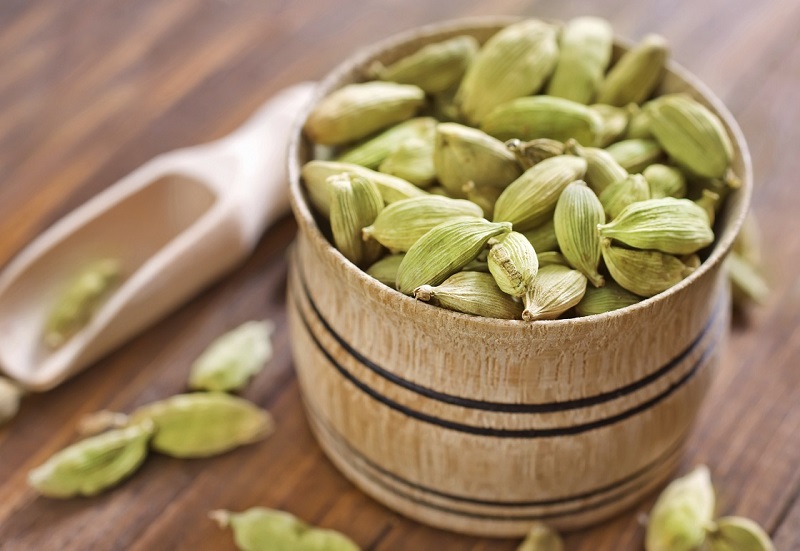 Determine the quality of cardamom can be in appearance: the size of the boxes should not be more than 2.5 cm, the color - brown-green. A bright green shade indicates chemical staining, and yellow indicates incorrect drying. 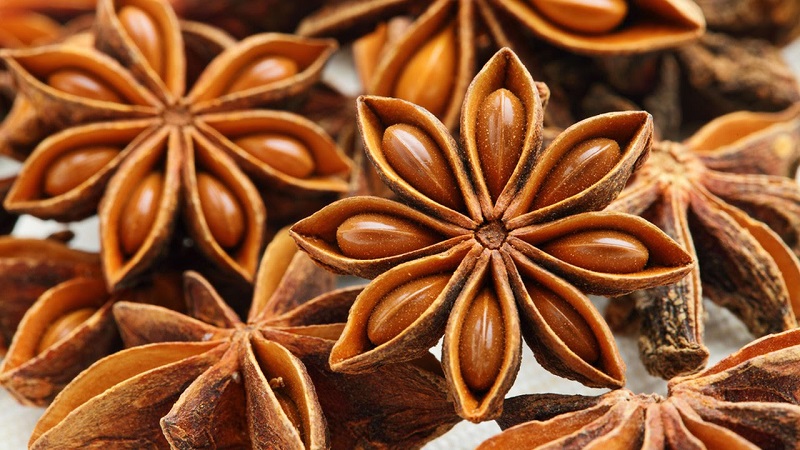 The color of the quality spice is red-brown. If the sprockets are damaged, oily liquid should be released on the seed. Broken or too dark fruits indicate a poor-quality product. 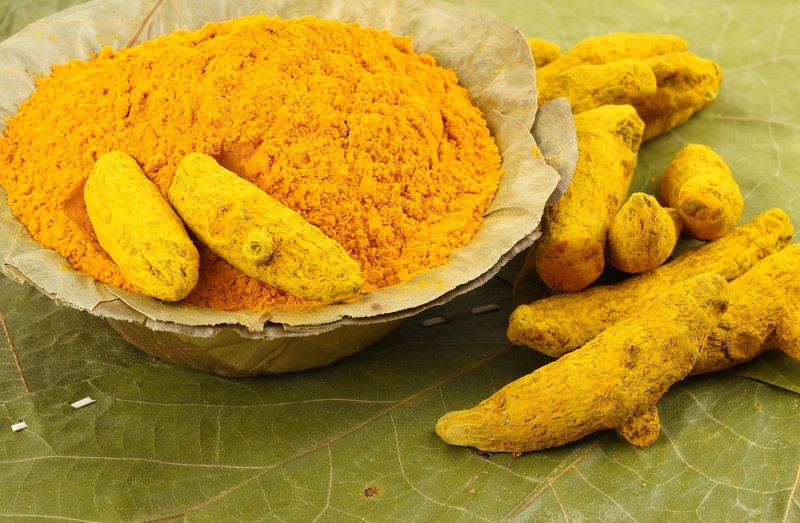 Not everyone knows that often under the guise of a powdered turmeric, we are selling ordinary colored paints. Learn about the forgery can by dissolving a small amount of the product in water. If the surface is formed whitish divorce, then you have acquired a falsified product.

These little tricks, tips and tips will help you in choosing truly natural and quality spices. Do not be afraid, buying them to try, smell and do everything that will help you to confirm the authenticity and naturalness of the spice that you want to buy. To do this, it is better to buy spices that are sold for weight, because you will not open the packaging in the store and you will not be able to see what is really inside.