Maps of highways of Ukraine [images]

The State of Ukraine 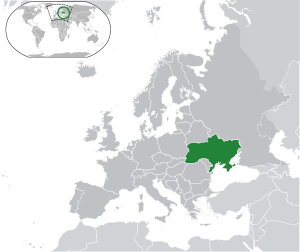 Ukraine (Ukran ukra'jina) is a state in Eastern Europe. The population, according to the results of the 2001 census, was more than 48.4 million people, according to the State Statistics Service of Ukraine on November 1, 2013 - 45,447,000 people, the territory - 603,549 km. It occupies the 30th place in the world in terms of population, the 44th in the territory and the second after Russia across the territory among the countries of Europe. The capital is Kiev . The official language is Ukrainian.

A unitary state, a parliamentary-presidential republic. On February 22, 2014, Viktor Yanukovych, elected in March 2010, was declared by the Verkhovna Rada to be independent of the exercise of constitutional powers. On February 23, the president of Ukraine was entrusted with the chairman of the Verkhovna Rada, Oleksandr Turchynov. The Prime Minister of Ukraine is Arseniy Yatsenyuk. It is subdivided into 27 administrative-territorial units, 24 of which are regions, 1 - an autonomous republic and 2 are cities of state subordination (Kiev, Sevastopol).