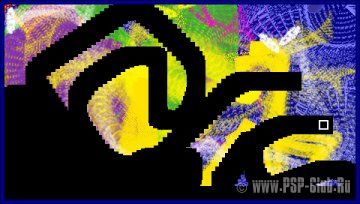 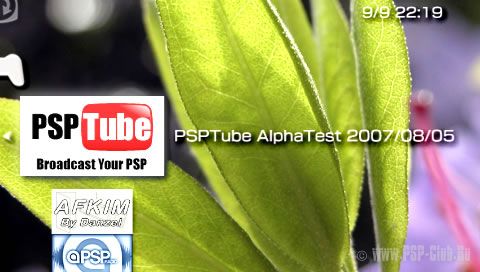 1) You need to register your account at http://youtube.com/
2) Find your ID - Developer Profile (My Account -> Account Settings -> Developer Profile)
3) Open psptube.cfg (in the program folder) using Microsoft Word (specify the Japanese (Shift-JIS) encoding from the list) and insert your Developer ID in the line dev_id = ..., save the psptube.cfg file in the same encoding ( See Picture ).
4) You need to select the appropriate Access Point on the PSP, for which you need to read it in the Start up point, 2) (Here we read how to connect to the Access Point)

1) Through the Game-> Memory Stick.

2) When we go into the program, press X, it will connect to the Access Point.

3) Write what you want to find on YOUTube and choose VIDEO Smiles! New version of the program.

Program for reading books and documents on the PSP. Currently understands 2 formats - PDF and TXT (Russian characters are supported in this edition).

Firmware 1.5 or any OE firmware. Official firmware above 1.5 is not supported. New Russian version of the program.

PSP Filer is a program for changing and viewing MS, UMD, flash0 / 1. Also the program can create images with UMD, watch pictures, view files * bin and * txt and much more ... More about the program can be read in the README file in the archive.

Attention!!! If you are poorly versed in the PSP and you have crooked hands, then do not put this program !!!! The program is at your own risk!

A program for searching and viewing information about Wi-Fi networks in the area.

This program allows you to easily and without wires USB share any files launch WiFi Transfer, find your Wi-Fi network.

1) Copy the contents of the archive to PSP / GAME The best program for drawing on PSP. We throw the song and text in ms0: PSPHOMESONGS, while the names of the lyrics and songs should be the same. 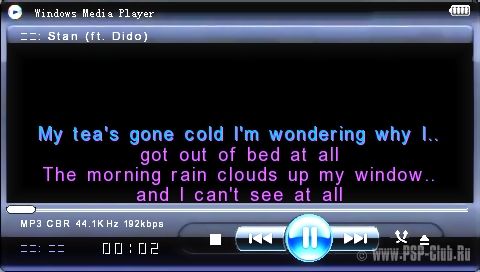 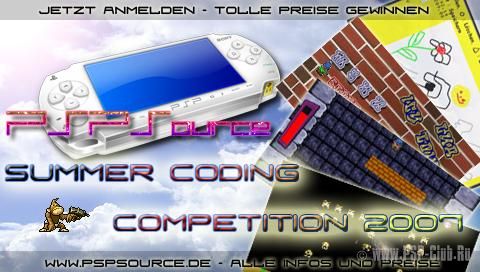 Once again, a beautiful mp3 player with reduced power consumption was updated.

Version 1.5.0
-Added: HP and RM are displayed on the screen when you connect headphones and / or control panel.
-Added: The program at startup checks the brightness of the display and asks if you want to change it.
-Added: Compatible with 22khz (normally plays at a processor speed of 40mhz), 24khz (normally plays at a processor speed of 40mhz) and 48khz mp3.
Note. To play empathies in 48khz, the processor speed should be increased to 80/85 mhz
-Added: Accelerated playback. Press left to adjust the playback speed.
-Added: Volume display (volum bar)
-Fixed: If you delete .scrobbler.log (by usb) when LightMP3 is running, the file is recreated again by the program.
-Fixed: If the sampling frequency of the file is incompatible, an error message is displayed.

Some PSP users have already become victims of viruses. Most of them break the console so-called "Noobs." The only test for detecting such viruses is a program that checks suspicious hammers for writing to a PSP flash. This "antivirus" is and with it you can check various programs.

Anti-Virus was developed by Dark Killer for a long time, but, since the way to destroy the PSP has remained the same, the program is still relevant and successfully performs its functions.

Symptoms of having a virus on your console:

1. The most famous virus consists of 2 folders SDL-TEST-5 and SDL-TEST-5%, it is not difficult to find it.
2. The file size is approximately 75kb, and the folder with% contains 65kb eboot file.

Excel is a spreadsheet processor that is included with Microsoft Office and is designed to process information presented in tabular form. Unlike the word processor Word, designed for processing text documents, Excel is specialized for performing calculations with tabular data. Excel has a large number of built-in functions for mathematical, statistical, financial and other calculations. On the other hand, Excel is an environment focused on non-programmers, which makes it popular with economists, accountants and other specialists who handle tabular data. ]
Yes, and yet, you probably noticed that when you throw Homebrew Programs or Games, the menu appears along with the program or the game "Damaged Data", to fix it you just need to rename the file from "%" to "% __ SCE__FileName" and the other File in "__SCE__ File name" or go to Recovery Menu-> Configuration-> Hide Corrupt icons (only for custom firmware: OE and M33).