Useful information ... How to dress for refresh ...

How to dress by age and not look stupid 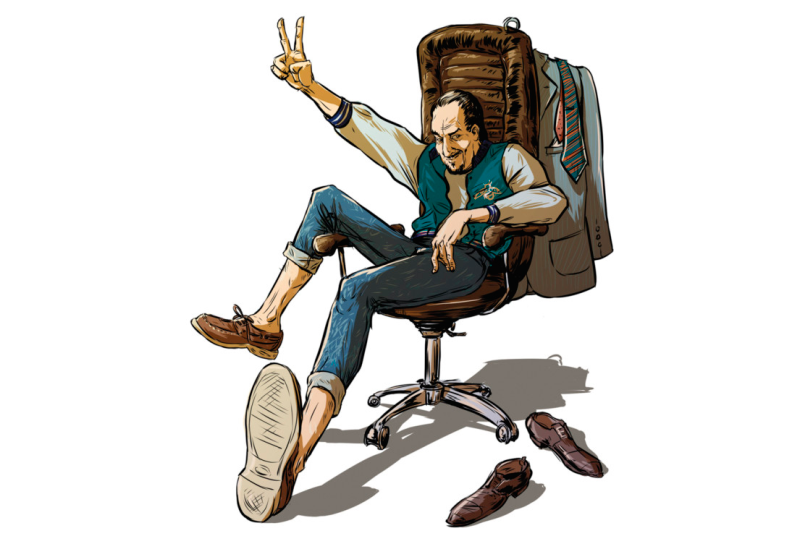 The style of clothing is a certain accentuation of the ensemble ( costume in the broad sense ), dictated by the following attributes ( or their totality ): age, sex, profession, social status, subculture affiliation, personal taste of a person, society age, nationality, religious affiliation, Functionality, lifestyle and individual characteristics.

Accents are usually arranged with the help of accessories, shoes, cloth colors, prints, accessories, details of finishing and texture of the fabric, cut of the clothing model, combinatorics.

The style of clothing is one of the main elements of the image of a person or company ( dress code ).

Within the framework of one of the styles, it is sometimes distinguished by its varieties - substrates or microstyles. Style is when you are, tactful with color, size, it's style. And yet there is a style in the interior and a slightly different sense of the style of music.

Which is better: when clothes are young or when it gives solidity? The main thing - do not just look stupid, explains the glavred British GQ Dylan Jones .

How long have you felt for how many years? Go, I suppose, like a pimply teenager, in dimensionless jeans and in a hoodie, hanging like a scarecrow? Or, on the contrary, you are depicting your own father, fidgeting beside the fireplace in shabby velveteen trousers and in a jumper under your jacket?

Or do you still dress according to your age? Something strongly I doubt. We always try to look older or younger than our years. Remember: when you were 13 or 14, everything that you were thinking about - how to look on 17 or 18. Personally, I was only thinking about it. I went to clerks, from which the most inveterate stylag would fall into a stupor, an eerie fitting shirt with a wide collar and giant bots on the platform. Did I look older? Of course not; I looked like a young imbecile from a province who wants to pass for a frequenter of a local disco.

Today everything is different: I wear three-piece striped suits, expensive, custom-made shirts and stub-nosed boots, polished to such a glory that my wife once used one of them as a mirror, deciding to fix the make-up in a taxi. Do I look older than my years? Probably. But let me better be like a bank clerk than thirty or more, forty-year-old kreakla, which is a teenager.

Well, how can you not despise them ?! These "chuvachki" who come to a business meeting in pink camouflage pants, old school sneakers, in a tishoktok with a print of a Japanese gorilla. They also adore rappers. To listen to them, so they all grew up in a sleeping area in the South Bronx and graduated from a school in Jamaica where they were taught to speak with a comic accent that does not exist in nature. Such in Britain used to be called wiggas, but I prefer the definition of "moron". So dress up almost everything in the advertising industry, as well as those who are related to computer graphics or Internet business.

Attempts to look older are forgivable, even adorable. And if you dress younger than your age, then this is only a sad indication of a complete loss of connection with reality.

There is an opinion that men in our time can wear anything. Since the fashion has strongly democratized and become extremely mass, and the former gulf between generations simply disappeared, now we can wear American Apparel on Monday, on Tuesday - Hermès, and on Wednesday - both brands simultaneously. At eight in the morning we are all teenagers picking their ipads, eleven - forty-year-old businessmen in the office, seven at night - relaxing thirty at home, and towards the night - successful metrosexuals of twenty years with a small, suggestive marafets before the party. Well, it's true: if you can afford TAG Heuer Monaco, what's the difference, how old are you - 18, 45 or 60? But if in your wardrobe there is absolutely nothing left of the clothes worn by the other men of your age group, you will look stupid. Children will laugh at you.

My advice to those who want to dress younger than their years: tie . Attempts to look older are forgivable, even adorable. And if you dress younger than your age, then this is only a sad indication of a complete loss of connection with reality.

If you are 20 , wear vintage Converse All Stars, skinny jeans bought in second hand, and silly jerseys with prints that you can buy only on the Internet. If you are 30 , your style is a dark Hugo Boss costume , Paul Smith striped shirts and a pair of Tricker's worn boots. If you are 40 , order suits from tailors Saville Row (Richard James, Kilgour, Spencer Hart or Gieves & Hawkes), combine them with custom-made shirts and a new pair of Oxford John Lobb.