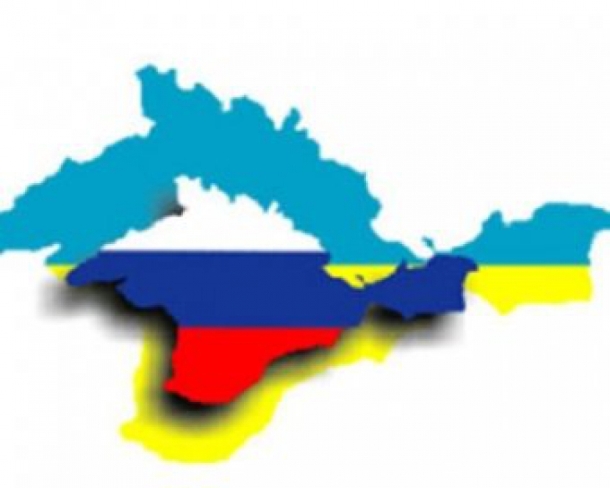 This was announced by the Deputy Minister for Crimean Affairs Andrei Sokolov, writes RBC.

According to Igor Slyunyaev, the head of the Ministry of Regional Development of the Russian Federation, in the final version of the program, funding has been cut to $ 18.2 billion to 2020 against $ 29.4 billion, which was previously requested by the ministry.

Due to what exactly is planned to cut expenses in comparison with the initial plan, the head of the Russian Ministry of Regional Development did not specify. But officials are also saving money on an expensive Crimean project - the construction of the Kerch bridge. Financing of this project is planned "for an economical scenario," Slyunyaev told reporters.

Mobile communication is working, but subscribers are already lined up for Russian SIM-cards, Crimea reports. Realities.

Last Friday, the press service of MTS Ukraine informed about the problems that exist in the company in the Crimea. In particular, the mobile operator reported that it can not settle accounts with partners and suppliers on the peninsula, since they are not ready for payment in UAH, and MTS, according to the legislation, calculates in the territory of Ukraine only in national currency.

"These factors can lead to the failure of telecommunications equipment, the deterioration of mobile communications and the reduction of areas of high-quality network coverage." The situation continues to become more complicated, which can lead to interruptions in communications, as well as partial or complete suspension or termination of work in this territory, "warn In "MTS Ukraine".

Earlier the same problems were reported by another leader of the telecommunications market of Ukraine - the company "Kyivstar". The mobile operator stated that due to the unreadiness of the Crimean partners to make settlements in the hryvnia on the territory of the peninsula, equipment and base stations fail, which will cause further deterioration of communication.

UPD: 01/07/2014 The Crimean invaders brought to the peninsula 1 million strange Russian sim cards - even without the operator's logo. A PHOTO 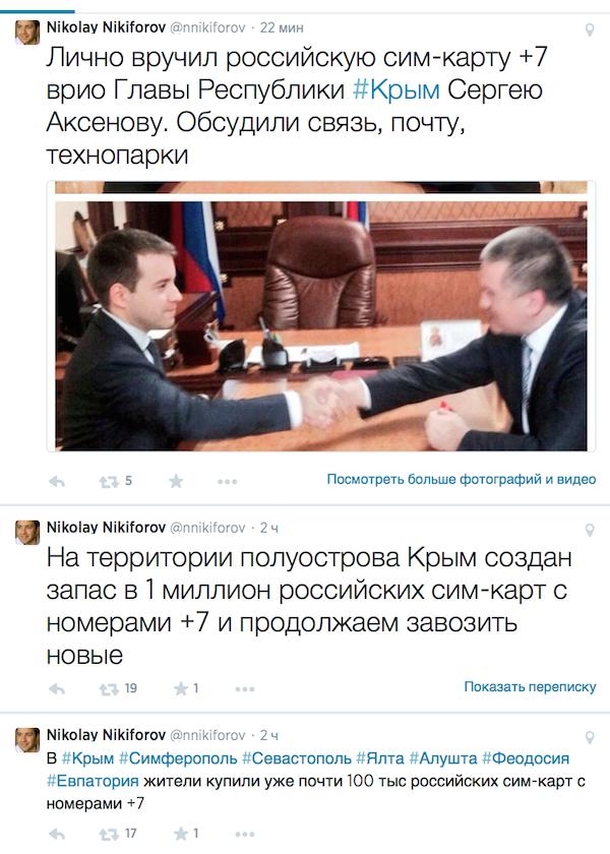 Minister of Communications and Mass Communications of the Russian Federation Nikolai Nikiforov reported in his Twitter that a reserve of 1 million Russian SIM cards was created in Crimea, the user of avmalgin in LiveJournal said. 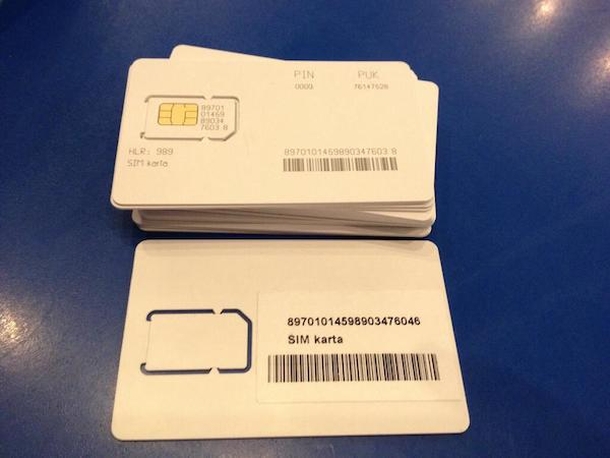 True, the design of the Crimean SIM-cards is rather strange. On them, for example, there is no operator's logo, the author noted. 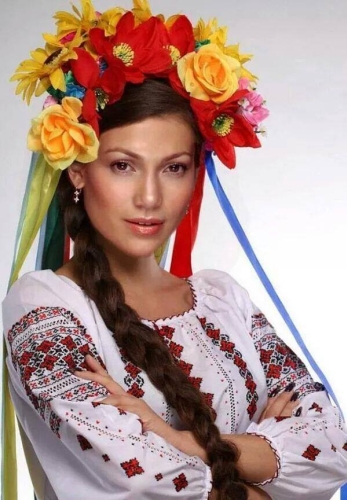 This is not photoshop .. Jenifer Lopez 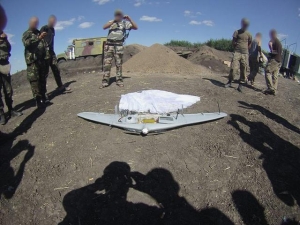 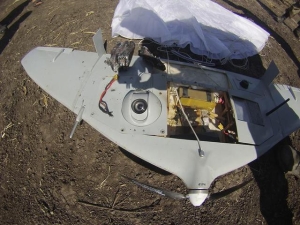 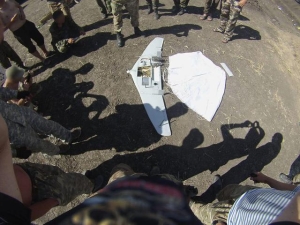 Ukrainian siloviki shot down a Russian drone, with the help of which the enemy carried out reconnaissance.

About this on his page on Facebook Dmitry Kanarsky writes.

Now Ukrainian servicemen are trying to fix the drones, reprogram them to work for our guys.

"Thank you once again to the machine gunner of the 80th level from 79. Glory to Ukraine, Glory to the Airborne Forces!" - writes user

UPD: 01/07/2014 As a result of bombardment by terrorists of the "DNR" of Mount Karachun near Slavyansky, the TV tower collapsed. PHOTOS (updated) 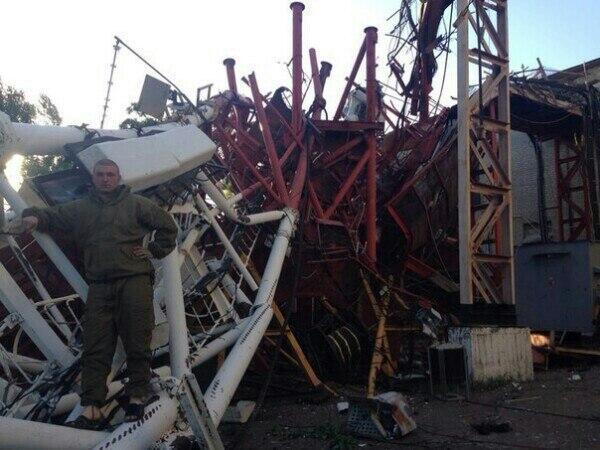 As a result of bombardment by terrorists of the DNR on the Karachun mountain near Slavyansk the TV tower collapsed.

This is reported by UNIAN referring to eyewitnesses.

The cables of the tower, whose height reaches 222 meters, were interrupted by mines. According to preliminary information, none of the Ukrainian military has suffered.

Recall, yesterday, the militants resumed shelling positions of security forces near Slavyansk. Was blocked by a security checkpoint at the crossroads of the roads leading to Slavyansk and Krasny Liman. There is no loss among the Ukrainian siloviki.

A large column of Ukrainian armored vehicles is moving in the direction of Slavyansk.

This was reported in his Twitter journalist Simon Ostrovsky. In the column, he said, there were heavy self-propelled howitzers and rocket launchers of the volley fire "Hurricane." Later in the network there were amateur photos and video columns of heavy autoplatforms carrying armored vehicles. On the publicized frames, you can recognize 152 mm self-propelled howitzers Msta-S and an armored repair and evacuation machine with clear blue-yellow flags on the sides.

The Pentagon said that Russia is increasing the presence of its troops on the border with Ukraine and do not see positive statements of a real de-escalation of the conflict.

This is reported by the "Voice of America" ​​and the statement of the commander of NATO forces in Europe, Philip Bridlava. According to him, in the light of Russia's aggressive behavior in Ukraine, NATO is ready to defend its European partners. At the same time, the general practically recognized that it is Russia that not only supports the separatists, but also with the help of its servicemen fights in Ukraine.

"The facts speak for themselves - we hear good rhetoric about the truce, but we are witnessing the continuation of the conflict, the support of the conflict from the east across the border, and until we see a change in the situation on the ground, we must be very careful," Breedlaw said. He also said that now the US is observing on the eastern borders "more than 7 battalions of Russian servicemen and a large number of small operational groups, and this does not help the solution of the situation." Previously reported that the US will take measures to further isolate Russia, if it does not use its influence for constructive purposes.

UPD: 01/07/2014 Poroshenko canceled the cease-fire: We will advance and liberate our land. VIDEO 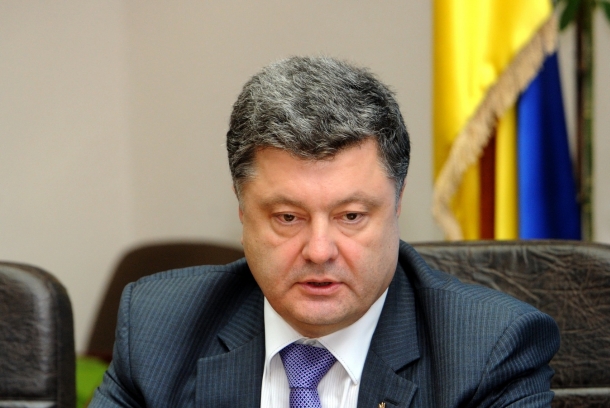 Poroshenko announced the ceasefire in the ATU zone of operation.

The president stated this in his address on June 30 after the meeting of the National Security and Defense Council, the website of the president reports.

The petition of the President of Ukraine Petro Poroshenko is on a separate page.

Renewal of the ATU (Poroshenko's appeal)