UPD: 02/06/2014 "The right sector" comes to Lugansk, and Natsgvardia fires the outskirts, "- Russian media about the attack of militants on the frontier post.

Russian television channel LifeNews presents an attack of terrorists on the garrison of the border guard service near Lugansk as an "attack of Natsgvardia" on the city.

Reportedly, Russian "journalists" said that the Ukrainian border guards "opened fire early on the morning of June 2 on soldiers of the South-East army."

"Correspondent" LifeNews said that it has information that "the garrison of the border guard service, as well as contract soldiers, conscripts, fighters of the National Guard and the fighters of the" Right Sector "are stationed in Mirny (Lugansk district).

"The correspondent of the channel should know that, firstly, the conscripts in the State Border Guard Service have not been there for more than five years." Secondly, the border guards would be happy if there were help from the same Natzgardia alongside, but it is not there, "the press service GPS.

The information about the shooting of snipers hiding in apartment houses on Ukrainian border guards was presented by the "Russian journalist" as follows: "In the crevice between the houses, a soldier of the army of the South-East monitored the enemy's actions through the sight of a sniper rifle. Him in the head. "

UPD: 02/06/2014 "People's Mayor" of Mariupol tried to take away an apartment from a lonely old woman 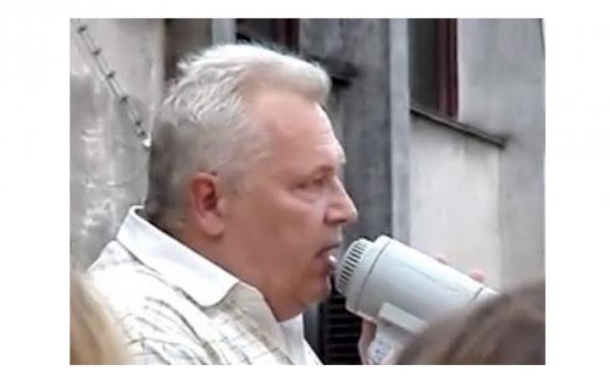 A year ago in Mariupol, a lawsuit was held, in which the "people's mayor" of Mariupol, Alexander Fomenko, appeared.

In April 2013, the editorial office 0629 was addressed by a pensioner, who was trying to expel an extraneous man from the apartment. The woman claimed that her fraudulent work forced her to sign documents for the sale of the apartment, while she only wanted to find a person who would have examined her.

Then edition 0629 did not publish the surname of the offender of the pensioner, as there was a lawsuit. In August 2013 this case was completed and the old woman was able to defend her apartment from the plaintiff Alexander Fomenko.

It turns out that the 88-year-old woman lived alone in a two-room apartment on Nakhimova Avenue. She is an invalid of the 1st sight group. Once the woman realized that she could no longer take care of herself, so she turned to the person she trusted - Alexandra Fomenko.

"I literally thought of him as my son," the pensioner said, "I shared my experiences with him, told about my situation and offered a contract - he cares for me, erases, prepares, cleans, pays for utilities, and I in exchange bequeath my apartment to him ".

According to the agreement, the man also had to give the pensioner the amount of money or purchase a 1-room apartment for her.

A month after the proposal Fomenko came to the old woman, took her to the notary and gave him some documents, and two years later the woman found out that the apartment no longer belongs to her.

The court of first instance gave all rights to the apartment to Alexander Fomenko, thereby exposing a sick pensioner to the street. But the appellate court was of a different opinion - he recognized the agreement as invalid and satisfied all the demands of the woman.

Recall, yesterday at the rally, about 200 people were chosen "people's mayor" Alexander Fomenko.

UPD: 02/06/2014 Activists have drawn up a battle map in Lugansk: combat positions of snipers, firing points, places of hits of grenade launchers. A PHOTO 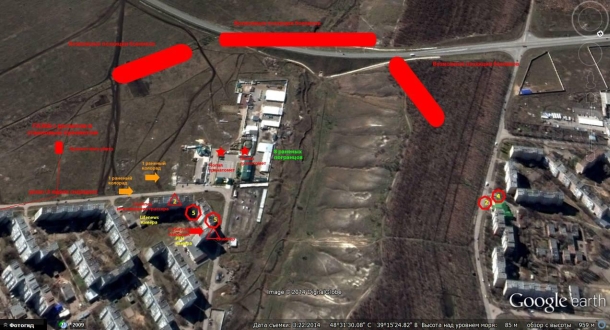 In Lugansk, for more than 8 hours, a battle has continued between terrorists and border guards.

This is reported by the community in Facebook "Boycott of the Russian goods". The activists made a map (clickable image), where the location of militants and Russian journalists was allocated.

The hexahedrons indicate the number of militants that can be seen in the frames. It is also indicated where the correspondents of Laiftyus and REN are located. Two grenade launchers are marked, and a fire warehouse is on fire. Red ovals are the likely positions of militants. The map shows the positions as of 11 am.

UPD: 02/06/2014 A Ukrainian sniper eliminates a terrorist with a shot in the head in a battle at a border guard detachment in Lugansk. VIDEO

The death of one of the militants got into the frame during the confrontation around the frontier detachment in Lugansk.

Reportedly, an armed man died allegedly from a sniper bullet of ATU forces.