UPD: 02/10/2014 The Cabinet of Ministers was offered to close sites without a court decision, - State Enterprises 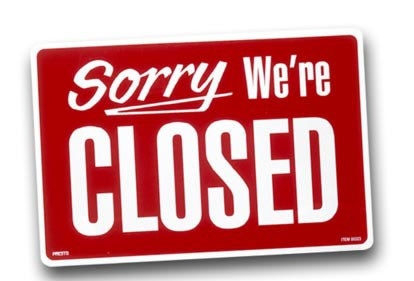 The State Intellectual Property Service proposes a bill that will oblige providers to remove questionable content out of court for 24 hours.

This is stated in the press release of the State Enterprise.

The draft Law "On Amending Certain Legislative Acts on the Protection of Copyright and Related Rights on the Internet" provides that after receiving a complaint from the copyright holder, the state will inform providers that there is pirated content on a certain resource.

“At the same time, the accuracy of the information provided by the applicant in the application is not checked, and a notarized screenshot of such a web page is sufficient. That is, without any legal grounds,” the State Enterprise noted.

The project also provides that within one day the company must inform the site owner of the complaint. If he does not take measures to remove pirated content or does not file an objection to the claim of the copyright holder, the provider will be obliged to block or delete the content.

"For untimely blocking of the site, providers will bear administrative responsibility which provides for a fine of up to 17 thousand hryvnias," the bill says.

"Due to the significant number of conflicting Constitutions of Ukraine, the Civil Code of Ukraine, requirements of international legal acts of amendments, the State Enterprise refused to coordinate this document," the press release said.

As noted, the experience of most developed countries of the world indicates that the blocking of sites is usually carried out by court order.

At the same time, the project proposes to give such authority not even state authorities, but business entities that provide services for accessing the site on the Internet.

"State-owned enterprises categorically disagree with the proposed editorial board and believes that the only reason for blocking the website should be a properly reasoned court decision," the press release said.

It is also noted that the absence of any liability of the applicant for extrajudicial blocking of websites will legitimize the mechanism of unhindered blocking of "inconvenient" Internet resources.

"In addition, the adoption of the draft law as follows: violates the right to disseminate information by the site owners and the right of users of the site to access information, contributes to the abuse of the right to appeal; introduces a" presumption of guilt ": after the applicant’s appeal, the service department can immediately, without checking the substance claims, block the address of the Internet, "- said the state enterprise. 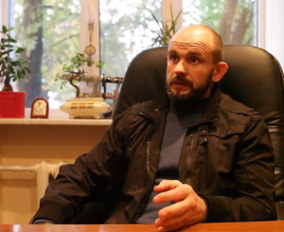 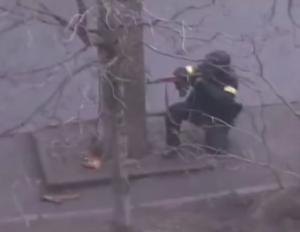 According to the site Today, the lawyer Yevgeny Zakrevskaya published a video on the Ukrainian Truth blog, which, in her opinion, may indicate the participation of Major "Golden Eagle" Gardener in the shooting at the "Maidan". Despite the fact that the person does not see the person shooting, the lawyer Zakrevskaya draws attention to the specific manner of shooting. An employee of the "Golden Eagle" shoots with his left hand, using his right as an emphasis. Moreover, in the video you can see that the shooter does not have the right hand.

As you know, several years ago Dmitry Sadovnik lost his right hand in an accident.

“Dmitriy Sadovnik is an officer with a capital letter. By the way, he handed over a beret to the maroon beret in Crimea and earned the right to wear it, despite the fact that his right hand was damaged, or rather it practically wasn’t,” April 2014 about Gardener wrote one of the online publications.

“It could well be a coincidence. You can see that the Berkutovites without a right hand in black uniform with yellow bandages on their sleeves could walk along Institutskaya with a machine gun to the advantage on the morning of February 20,” the lawyer writes on his blog on Ukrainska Pravda.

We will remind, yesterday the commander of the special forces company of the special forces regiment "Berkut", suspected of shooting people on Maidan, at the Main Department of the Ministry of Internal Affairs of Ukraine in Kiev, Dmitry Sadovnik, did not appear again in court, where his case is being considered.

The first group of American soldiers is leaving for Ukraine the other day. The corresponding order to the Pentagon leadership was given by US President Barack Obama. As noted in the US military, this is “a group of serious specialists whose task is to help Ukrainian colleagues rebuild their army,” The Washington Times reports.

Basically, as Colonel Steve Warren told reporters, the first group of US military in Kiev will include experts in strategy and analytics. They must decide on the spot what kind of military assistance Ukraine needs from the United States in the fight against Russian terrorists supported by Vladimir Putin. This mission, the US Department of Defense emphasized, is particularly relevant against the backdrop of global resentment caused by a terrorist attack by Russian militants against a peaceful Malaysian plane, which caused terrible deaths.

As the Pentagon specified, the mission of the US military in Ukraine is likely to become long-term. The United States is interested in this Central European country strengthening its defense as efficiently as possible, given the aggressiveness of its neighbor. In particular, the American consultants see the priority task as soon as possible cutting communications, through which local separatists in the south-eastern regions of the country receive support with weapons, money, military equipment and fresh groups of Russian terrorists.

Washington does not believe in the so-called "Moscow Peace Initiatives". And not only politicians and experts, but also military analysts.

I think that Mr. Putin is now looking for a way to save face and avoid the international investigation into the terrorist attack against the Malaysian Boeing, the president of the Avascent International expert center Steve Ganyard told The Washington Post. - Most likely, he will now propose a ceasefire, for example, for six months or some other term. During this time, public opinion around the world will calm down, and six months later, Putin will re-initiate armed confrontation.

A number of American experts, without even waiting for the conclusion of advisers traveling the other day to Kiev, are already making conclusions about what kind of US military assistance is needed for Ukraine. In particular, the head of the arms control institute at the Brookings Institution, Stephen Pifer, emphasized that the incident with the Malaysian Boeing indicates that the time has come for the Barack Obama administration to send the Ukrainian army the most modern, high-precision and deadly American weapons. In particular, as the analyst noted, “in order to keep Russians at bay, our side must transfer light armor-piercing weapons and guided missile systems to the Ukrainian armed forces.”

Recall that in the United States they had already taken care of the legal provision of direct military assistance to Ukraine. In particular, the parliament has already passed in two readings a bill recognizing Ukraine as an ally of the United States, which will protect it in the same way as if it were a member of NATO. The United States has similar agreements with Taiwan and South Korea, so they successfully avoid attacks from China and the DPRK, respectively. For the new law to enter into force, it remains only to adopt it in the third, last reading, after which the document must be signed by US President Barack Obama.

The general horoscope for February 24

The day is favorable for the purchase of gold jewelry, personal goods. You can successfully spend money on the purchase of household tools: knives, scissors, hammers, goods for men: razors, men's clothing
Unlucky day for the acquisition of stylish clothes, fashion accessories