UPD: 03/03/2014 Ministry of Internal Affairs of Ukraine announces provocation with the murder of Russian soldiers in Crimea tonight: "Come to your senses!". VIDEO

The Ministry of Internal Affairs has information on the preparation of armed provocations on the territory of the Crimea.

This was told by Deputy Interior Minister Nikolai Velichkovitch. In the law enforcement agency there is evidence that in the Crimea, unknown persons disguised as the Ukrainian side plan to kill 3-4 Russian soldiers on March 3-4. All this in order to legalize the entry of Russian troops into the territory of our states, Velichkovitch warned.

UPD: 03/03/2014 "The people of Ukraine are behind us, the officer does not sell and chooses a single way - to die for the Motherland" - the Ukrainian Navy headquarters refused the traitor Berezovsky. VIDEO

On March 3, an officer meeting was held at the headquarters of the VMSU. Commander of the Ukrainian Navy Haiduk and the so-called "Commander of the Navy of the Republic of Crimea" Berezovsky.

As reported by the Censor.NET, with reference to the Sea Portal, the officers were faced with a choice of who to serve. Most officers, realizing that the occupation of Ukraine is going on, weeded out Berezovsky's treacherous persuasions and performed the national anthem of Ukraine.

During the meetings, the officers of the Ukrainian Navy sang the national anthem of Ukraine and listened to the parties' performances in turn: Gaiduk said that the officers remain loyal to the oath of allegiance to the people of Ukraine.

Berezovsky did not put forward any ultimatums, but rather vaguely suggested without accepting a separate oath to the "people of the Crimea" to agree to carry out his orders, writing no reports required. He promised "golden mountains" and salaries at the level of servicemen of the Black Sea Fleet.

In response to his statement, the officers expressed the opinion that if he wants to create a fleet of the Crimea, then let him do it outside the headquarters of the Ukrainian Navy. They also asked him the question on what basis Russian servicemen are blocking and seizing military units of the Ukrainian Navy with weapons in their hands. To this Berezovsky replied that these are "Self-Defense Forces". In response, he was sent. The officers did not openly recognize Berezovsky and declared that they remain loyal to Ukraine and are ready to defend its territorial integrity and independence. 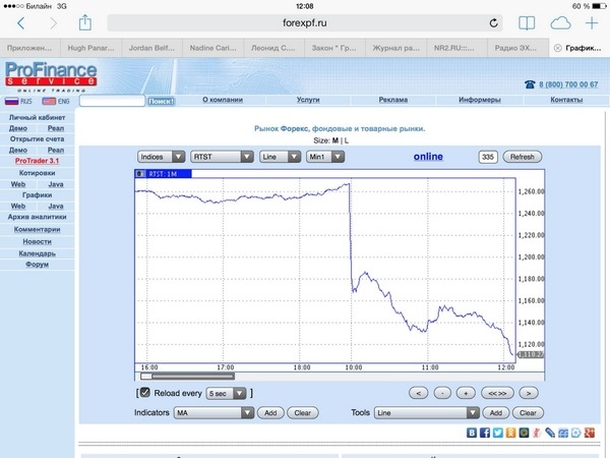 Total losses of the total capitalization of Russian companies amounted to 2 trillion rubles. This is written by Twitter user Mitya Aleshkovsky.

"The total loss of the total capitalization of Russian companies is 2 trillion rubles, which is 500 billion more than the price of the Olympics" 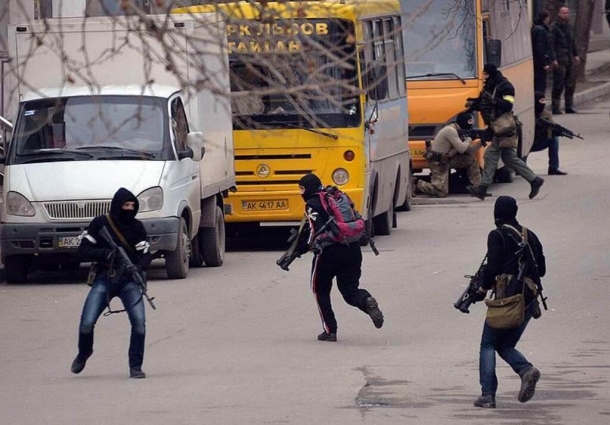 First there was a photo. In an absolute vacuum, it was clear only that it was somewhere in Ukraine.

Hmm, maybe buses do not have to do with it? In any case, no "Banderovtsy" could not reach the established 3 days ago cordon of the Berkut people in Perekop.

No blood under the "militiamen", an obvious setup. Yes, and they use military (high-explosive) charges for their grenade launchers, from the Russian soldiers, in theory, there were only guts left on the pavement.

Russian provocateurs in Simferopol or how they deceive us ...

The press conference of former Ukrainian President Viktor Yanukovych in Rostov-on-Don is still in the center of attention of millions of residents of Ukraine and Russia. This time it became a material for a musical novelty.

Immediately after the speech of the native Enakiev in the territory of the Russian Federation, users of social networks engaged in "creativity", creating a series of illustrations with his statements. There were many bright statements. Among other things, the music version of the press conference of Viktor Yanukovich appeared on the Net.