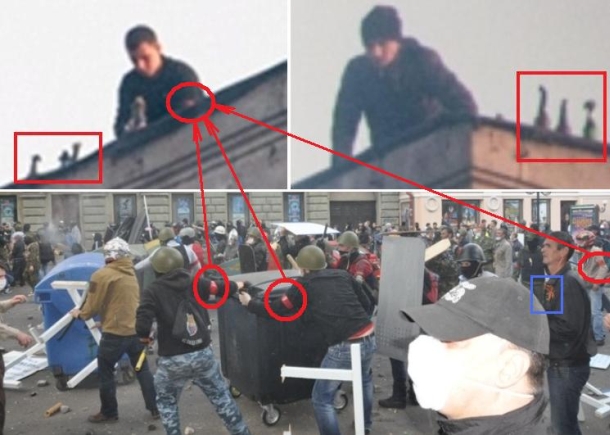 Provocateurs carried people into a building where they could be killed with impunity, with pleasure and without witnesses.

There was no fire inside the building - there was a fire setting in order to blame it on the mass extermination of citizens of Ukraine.

It is already clear that many more than 42 people were killed in the House of Trade Unions in Odessa.

First, the arson of the tents in the square and the organization of a significant open flame in the area against the building. People are carried away under the protection of the massive doors of the House of Trade Unions. Supporters of federalism on the square did not have pre-prepared Molotov cocktails. Where did the fire inside the building come from?

The Russian Federation already tonight can send its troops into the territory of Ukraine. Attacks are expected in the area of ​​the city of Anthracite of the Luhansk region. 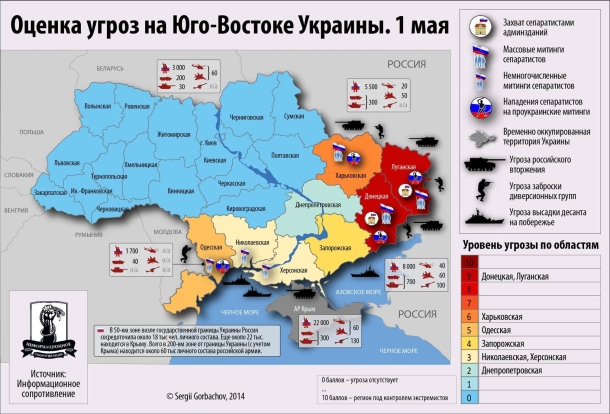 "There is infa that at 19:00 Russian troops will be deployed in the direction of Anthracite (Lugansk region), the border is bare there, Russian armed Cossacks call in large numbers," the Freedom MP, member of the Verkhovna Rada Committee on National Security wrote on Twitter and defense Yuri Sirotyuk.

The number of Russian troops at the eastern borders of Ukraine has not changed. But in the Crimea - there are more of them. All the troops of the Russian Federation, which are on the eastern borders, are in full combat readiness. This was announced today by the head of the Center for Military-Political Studies Dmitry Tymchuk, Channel 5 reports.

The provocateur has already replaced the fourth "place of registration".

Yesterday at a rally near the Ukrainian Embassy in Moscow there was a provocateur who once appeared in Kiev as a "soldier's mother", and then was a "resident" of Kharkov, Donetsk, and now she is an "Odessa woman".

In Moscow, she introduced herself to a journalist as Tsipko Maria Vladimirovna and “citizen of Odessa”. She explained that she was asking for help under the embassy, ​​"so that they could take the inhabitants of Odessa who were fleeing from the border. To help them get them here by transport." The woman also said that now, they say, forced to live in Russia, "because the junta declared war on my children."

Recall that the Ukrainian government expects massive provocations in Ukraine on May 8-9. Meanwhile, a message appeared, allegedly Russia already tonight wants to send its troops to Ukraine. 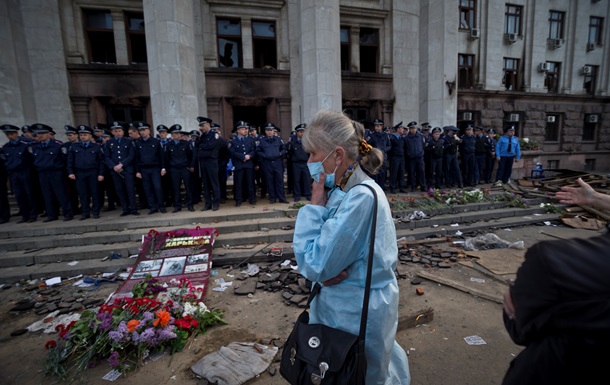 Riots in Odessa, the continuation of the ATO and other incidents of the hottest May Day in the history of Ukraine.

4 days off brought Ukraine a new round of confrontation in the Southeast. Clashes and riots have already reached Odessa, and in the Donetsk region, activities continued as part of the anti-terrorist operation.

At the same time, May 1, with its parades and processions, was calm enough, and the peak of unrest fell on May 2-3.

Bloody weekend: the main events of the May holidays in Ukraine

UPD: 05/05/2014 NATO: Russia is our enemy. We can deploy nuclear weapons and troops on the border with the Russian Federation 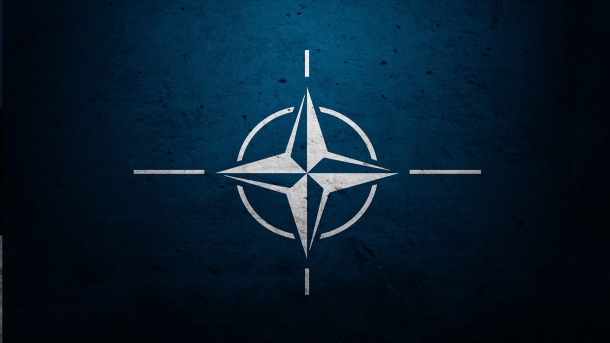 After two decades of building partnerships with Russia, the Alliance is forced to consider Moscow as an adversary, said NATO Deputy Secretary General Alexander Vershbow.

"The Russians, obviously, declared NATO an adversary, so we should begin to consider Russia not as a partner, but rather as an adversary," Associated Press quoted the Vershbow as quoted in an article published by The Washington Times, Censor reports.NET.

“In Central Europe, we obviously have two different visions of what European security should be,” the former US representative to NATO said. “We continue to defend the sovereignty and freedom of choice of Russia's neighbors, and Russia is obviously trying to restore hegemony and limit their sovereignty under the pretext of protecting the Russian world. "

"We want to be sure that we can come to the rescue of these countries in the event of any, even indirect threat, very quickly, even before the facts are clarified at the scene," Vershbow emphasized. Among other possible actions of NATO, he called the deployment of more significant contingents in Eastern Europe either on an ongoing basis or on a rotational basis.

According to Vershbow, the alliance has every right to renounce its 1997 obligations not to deploy nuclear forces and large groupings of troops on the territory of Poland and other new East European NATO members. Alliance leaders will consider this issue this summer, the organization’s deputy secretary general said. 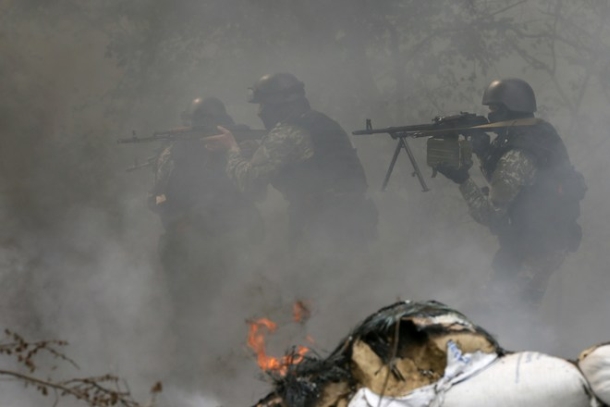 During the battle on the outskirts of Slavyansk there are those killed among Ukrainian soldiers. In addition, there are injured on both sides.

This was announced on Monday by the Minister of Internal Affairs of Ukraine Arsen Avakov * to journalists in the Donetsk region, reports Censor.NET with reference to Interfax-Ukraine.

"The exact number of dead is now being clarified," Avakov said. He also told that in the morning the anti-terrorist operation detachment opened an ambush - a militant group of terrorists. They use heavy weapons, shoot from large-caliber weapons, use mortars and other equipment, "the minister said.

According to him, there are wounded from both sides, the number of victims from the Ukrainian side is up to 8 people.

Avakov also said that the battle began at about 10.45. According to him, about 800 people confront the Ukrainian security forces.

The Interior Minister also stressed that the task of the anti-terrorist operation is complicated by the desire not to harm civilians.

Meanwhile, according to the Slavgorod website, on Monday, two wounded were admitted to the trauma unit of the Lenin hospital. One was supposed to be operated on in Slavyansk, the other wounded was taken to Kramatorsk, where he was operated on by vascular surgeons.

“In total, since May 2, 12 wounded were admitted to the Slavyansk hospital, and one of them could not be saved,” the site writes.

UPD: 05/05/2014 The leader of the militants Shooter ordered the separatists to blow up the reservoir, - SBU 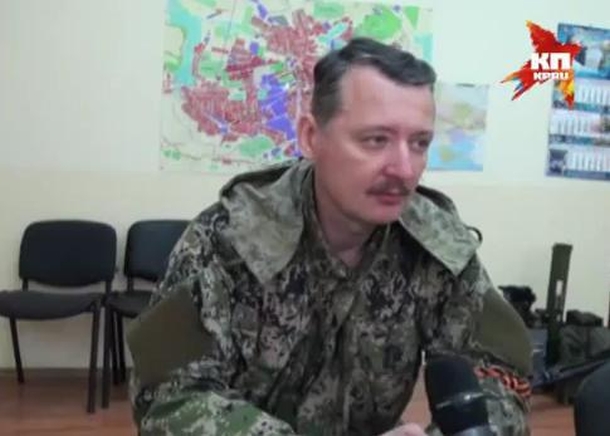 The sabotage group Strelka (Igor Girkin) plans to steal explosives from mines in order to undermine the Karlovskoye reservoir.

This was announced at a briefing in the Anti-Terrorist Center by SBU speaker Marina Ostapenko, reports Ukrainian Truth.

According to her, pro-Russian saboteurs scare miners and other coal mining workers with Right Sector, who allegedly “plans to throw mines with grenades along with working miners”.

Thus, according to her, separatists incite miners to strikes.

"We also received information that, at the direction of the leader of the militants, a citizen of the Russian Federation Igor Girkin, the separatists intend to steal explosives from mines, including for carrying out an explosion on the Karlovskoye reservoir," said Ostapenko.

She also spoke about a new type of subversive activity of saboteurs of the Russian Federation and separatists - "distribution of poisonous food and drinks to the Ukrainian military and local population, as well as the use in women of so-called" self-defense "of women as a human shield."

UPD: 05/05/2014 The situation on the border with the Russian Federation is getting worse. Saboteurs block access to checkpoints, - SBU 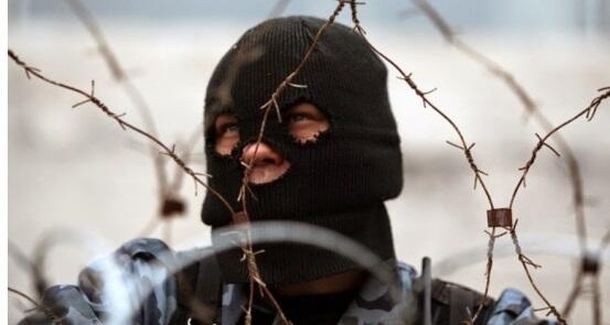 The situation on the Ukrainian-Russian section of the state border is getting worse. This was announced today at a briefing in the Anti-Terrorism Center under the SBU by the head of the media relations department Oleg Slobodyan, the League informs.

According to Slobodyan, the situation at the border is complicated, border guards note a tendency to worsen. "The separatists do not capture checkpoints, but block the entrances to them," he said. 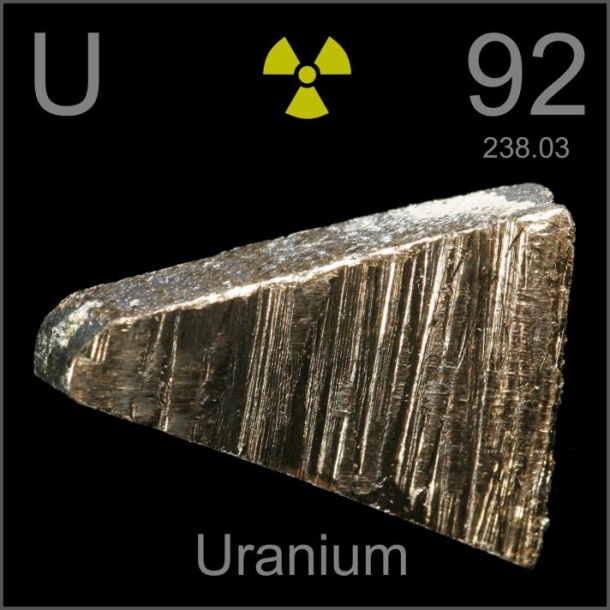 In the Chernivtsi region, the SBU detained 9 people who transported a radioactive substance.

This was stated by the head of the SBU press center Marina Ostapenko at a briefing in Kiev.

According to her, among the detainees are 8 citizens of Ukraine and one person, according to preliminary information, is a citizen of Russia.

As Ostapenko noted, a dangerous substance with a possible uranium content of 235 weighing almost 1.5 kg was imported into Ukraine from the self-proclaimed Transnistrian Republic in a car with foreign numbers.

The substance was in a handicraft container. During the urgent investigative actions, information was obtained on the basis of which, as Ostapenko said, the SBU does not exclude that the purpose of the detained criminal group was to create a “dirty” bomb with its subsequent use during mass rallies in southeastern regions of Ukraine to destabilize socially political situation in the state. 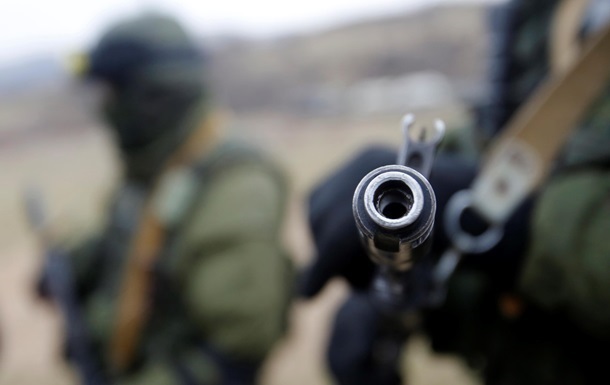 In a fierce battle, Ukrainian special forces defeated a large group of terrorists, who made an attempt to break out of Slavyansk surrounded by our troops.

According to sources in the headquarters of the ATO, several hundred bandits attacked the positions of our units, and were abandoned with great losses by the reserves that came to the rescue. At the scene of the battle, a significant amount of the latest Russian-made weapons captured by the GRU of the Russian Federation was captured. The battlefield was left with us - at the moment, stripping is underway, the battle died down literally 30 minutes ago, reports Yuri Butusov on Facebook.

Unfortunately, in a heavy battle, our troops suffered heavy losses. 4 Ukrainian soldiers were killed, 1 - in critical condition. About 20 of our servicemen were injured, assisted, they are evacuated by helicopter to the nearest hospitals.