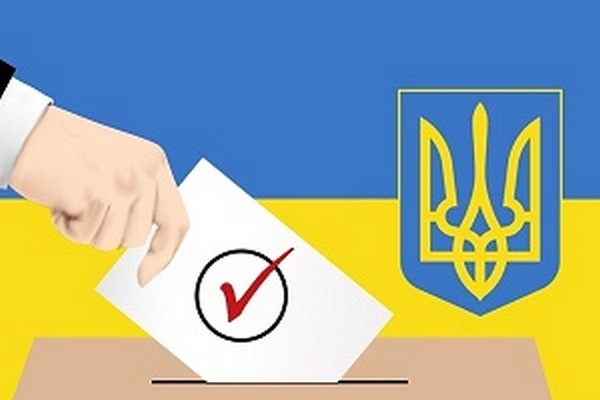 Such data of a poll conducted on October 26, 2014 by a consortium, which includes the Ilk Kucheriv Democratic Initiatives, the Kiev International Institute of Sociology and the Ukrainian Center for Economic and Political Studies named after Alexander Razumkov, informs Censor NO referring to UNIAN.

A total of 17779 respondents were interviewed at 400 polling stations. The statistical sampling error does not exceed 2.5% for main parties and 0.5-1% for other parties.

Bekeshkina reported that almost all political forces are dominated by women, but most of all in the electorate of the "Opposition bloc" (61%), and men (39%), "Popular Front" (59% - women, 41% - men ) And the "Block of Peter Poroshenko" (53% - women, 47% - men). She noted that only two parties have predominantly the male electorate of VO "Svoboda" (59% are men, 41% are women) and "Right sector" (55% are men and 45% women). The electorate of the remaining political forces is represented approximately equally by men and women.

UPD: 05/11/2014 The boy from the scandalous fake story of NTV was identified. Russian propaganda took advantage of his illness. A PHOTO 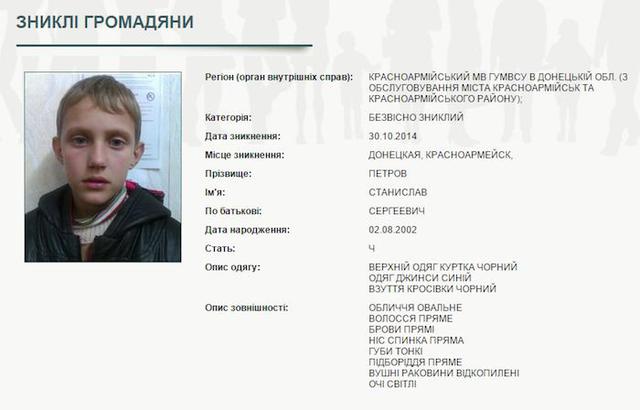 The boy whom NTV used in the fake story "Nationalguards with syringes made a target for missiles from the Donetsk boy" - they identified him.

Stanislav Petrov from the Red Lyman of the Donetsk region disappeared on October 30, 2014, three days before the broadcast of the Russian NTV channel the story "Nationalguards with syringes made a target for missiles from the Donetsk boy," Gordon said.

12-year-old Stanislav Petrov, who appears in the next fake story of NTV, is being searched by the police.

On November 2, the site of the Russian NTV channel published the story "Nationalguards with syringes made a target for missiles from the Donetsk boy."

In the material of Russian journalists it is told that the "punishers from Nazgvardia" allegedly beat the parents of the boy Stas and ordered him to find out the locations of the roadblocks of "militiamen", threatening the death of his relatives.

The boy from the scandalous fake story of NTV identified

UPD: 05/11/2014 Terrorists are looking for 17 "especially dangerous" militiamen who refused to swear allegiance to "ЛНР". A PHOTO 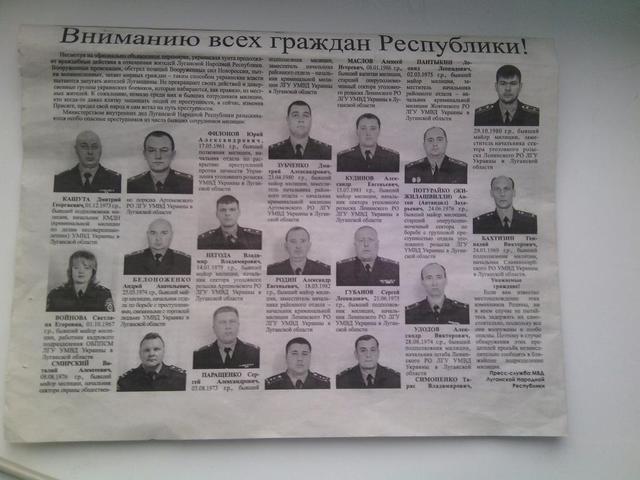 The newspaper "21 Century" of the terrorist organization LNR published a list of employees of the Ministry of Internal Affairs of Ukraine, which, according to the publication, refused to swear allegiance to terrorists, therefore they are "especially dangerous criminals".

This is reported by Vlugansk.ukr.

The list lists the names, titles and positions of 17 Ukrainian policemen. In particular, the terrorists are looking for the colonel of militia Yuri Filonov, lieutenant colonels Dmitry Kashutu, Sergei Parashchenko, Sergei Gubanov, Alexander Udodov, Gennady Bakhtizin and others.

UPD: 05/11/2014 "Ukrainians are fighting to get two slaves from Donbass and a piece of land" - a report of the "First Channel" of Russia. VIDEO 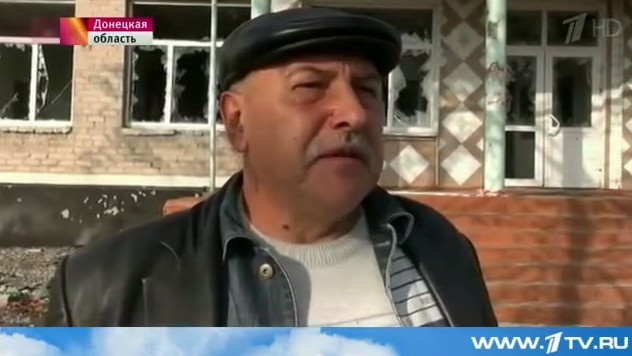 Propagandists of Russian media continue to blame Ukrainians for fascism and harassment of residents of Donetsk and Lugansk regions.

On the ORT channel, a new story appeared about the "atrocities of the punitive fascist junta".

Its author sensationally reports that the Ukrainian soldiers were ordered to kill civilians, and they are fighting for the promise to receive compensation - "claptic earth and two slaves."

Promised for the war on a patch of land and two slaves ...