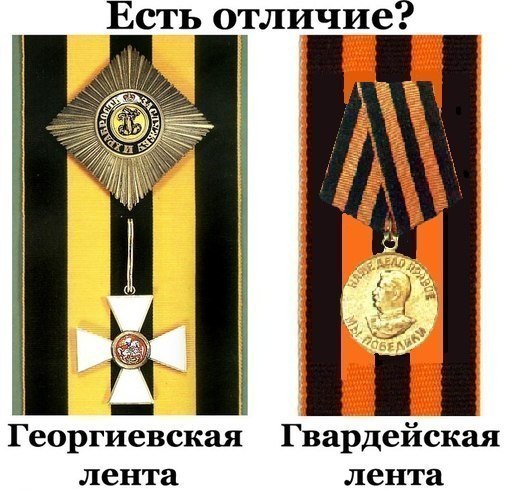 Those who called the all-Russian action "George's ribbon" contribute not to memory, but to the forgetfulness of the heroism of our people. During the Great Patriotic War, no one was rewarded with St. George's cross, and this award has nothing to do with the defeat of Hitler's Germany. It relates only to the wars of the Russian Empire.

Since 1917 has not been used on any Soviet state award, after the abolition of the award system of the Russian Republic, the St. George's ribbon continued to be used in the award systems of the White armies. During the Patriotic War in the Russian Corps (part of the ROA and the Wehrmacht), who fought on the side of Germany.

Further more in our investigation ...

St. George's Ribbon and the Guards Ribbon. What's the Difference?

UPD: 06/05/2014 "I have never seen such luxury yet - this is the present Transcarpathian Mezhyhirya", - Medvedchuk's dacha was opened for visitors. PHOTO reportage 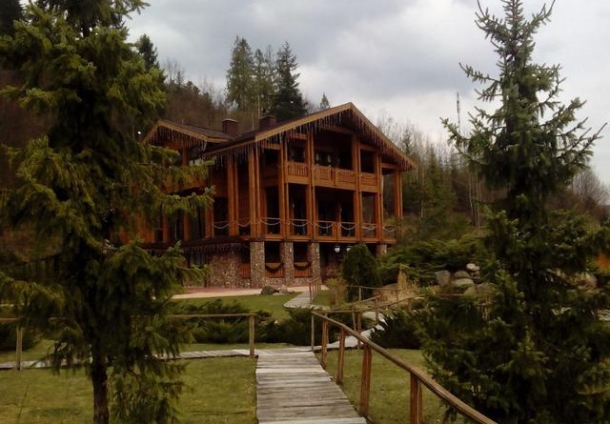 The Transcarpathian community took control of the dacha of the odious pro-Kremlin politician Viktor Medvedchuk. This is reported by Transcarpathia online.

According to the information, the "Bear Dubrava" cottage was occupied by fighters of the "Right Sector" of Transcarpathia. Now there are 70-80 people on the territory of the estate.

As Bogdan Filippov says, he had not yet seen such luxury in Transcarpathia - this is the present Transcarpathian Mezhyhirya. The picture gallery of the estate resembles a museum, everything here - from Zoltan Sholtes to Adalbert Erdeli and Joseph Bokshay, sketches and paintings.

In addition to the main structure, there are three more: an economic house, on top there is a hut. There is a farm on its own territory - with cows and horses. Here - own cheese factory. In the garage there is a Maybach car.

According to B.Pilipiv tomorrow, from 9 o'clock, Medvedchuk's "Bear Oak Grove" will be open to the public. 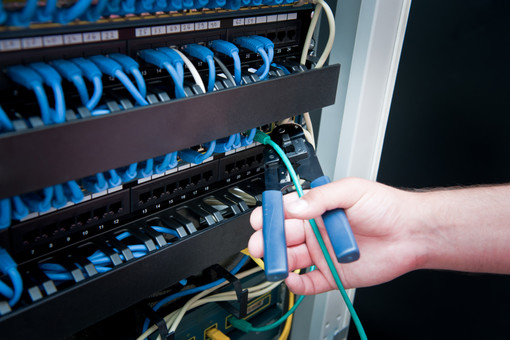 The American giants of the IT industry, including Microsoft, Oracle, Symantec and Hewlett-Packard (HP), join the sanctions against a number of Russian banks and companies and can completely stop cooperating with them. This situation pushes Russia to create its own software, similar to the national payment system.

American IT companies joined the sanctions against a number of Russian banks of their structures, told Gazeta. Ru »sources in the IT divisions of the two Russian banks and confirmed the executive secretary of the State Duma commission for strategic information systems Andrei Chernogorov.

A source close to the bank "Russia" says that the bank expects the shutdown of part of the foreign software "from day to day".

According to another source, the employees of Microsoft and Oracle met on this occasion with a representative of one of the banks that were under sanctions, but have not yet disconnected it from their products. Now, specialists of banks are urgently looking for opportunities to replace the products of American IT companies, another source said, adding: "It's not clear what's next: they may not allow us to use the license."

American giants of the IT industry join the sanctions

UPD: 06/05/2014 Eternal memory to the heroes! Helicopters, who gave their lives for Slavyansk. LIST 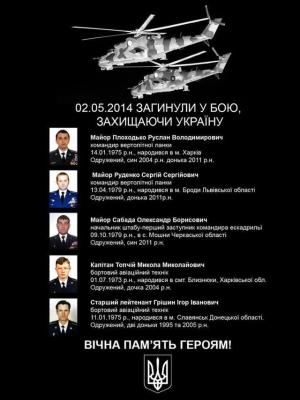 The names of the Ukrainian pilots who died in the battle for Slavyansk, who tried to liberate the city from the bandits, became known.

About this on his Facebook page wrote the editor-in-chief of Censor.NET Yuri Butusov.

"Senior Lieutenant Igor Grishin is a native of Slavyansk, he gave his life to free his bandits from the bandits," the journalist writes.

Helicopter pilots who died in battle for Slavyansk May 2. 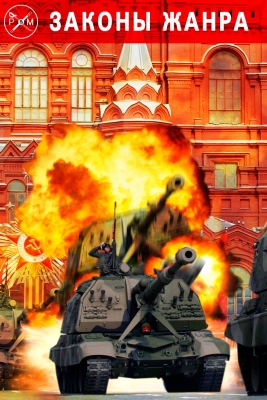 But Ukraine is still too good to play the role of an innocent victim in the eyes of the West, so that it can be crushed without breaking into the status of a world aggressor and a complete blockade, which, of course, you do not want, despite all the bravado. "Yes to us your sanctions are foul and Pounding. "

Of course, first of all, the guarantee of Ukraine's success in the field of theatrical exhibiting itself as an innocent victim is in the impotence of our authorities, which are unable to disperse the meeting or neutralize the terrorist.

Therefore, the idea of ​​exposing Ukrainians to evil demons who cunningly destroy their own population turns out not quite.

Slavyansk, like the nest of lovely peaceful angels, who just want self-determination and autonomy, turned out to be a total failure. Because Ponomarev - it's clear what kind of angel. And then he also took foreign observers hostage. And then he also received MANPADS from somewhere, which is an ultra-frequent commodity and their use instantly for every military man is a sign of the conflict coming to a qualitatively new level.

Putin's plan for May 9 (full text) 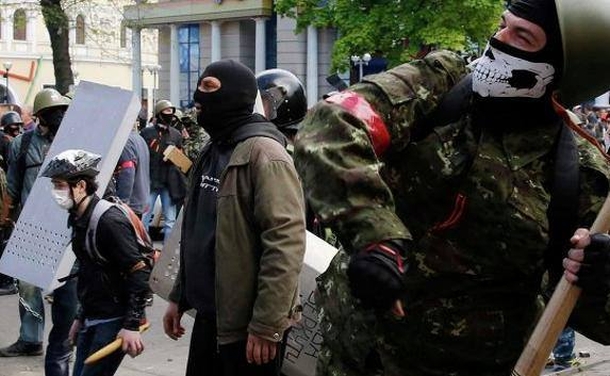 For my familiar Russian girl, I prepared this material.

She and before communicating with me and realized that her TV is lying. And now she asked me to tell her the truth about the events in Odessa, because in Russia everyone wants to die the Ukrainians and call us fascists ...

I relied only on the video without comment, except for comments from the place of events.

Judge for yourself, maybe someone will have to inform you or persuade you.

UPD: 06/05/2014 Kharkov designer has developed a symbol for the Victory Day. Photos + Files 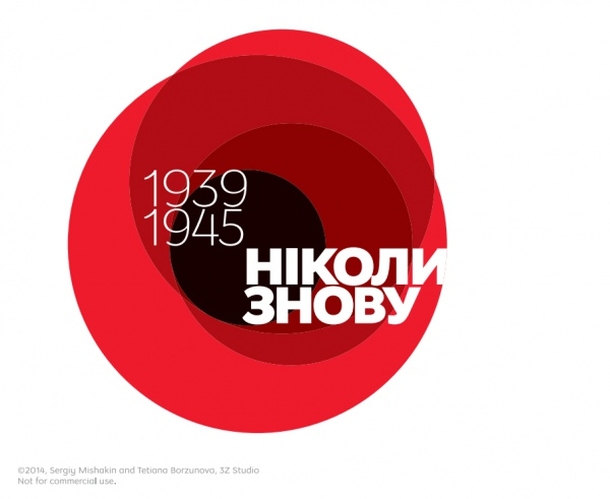 This year, official events will use the European symbol of the memory of the fallen in the war - the red poppy, the press service of the Center for the Study of the Liberation Movement reports.

The symbol was developed by the Kharkov designer Sergey Mishakin. His poppies resemble a trace from a bullet, from which the blood diverges.

The work of the Kharkov citizen was provided absolutely free of charge.

"Memorial Day, the day of capitulation of fascist Germany, and the traditional symbol" St. George's ribbon ", has been compromised irrevocably in recent months." Something significant was needed that would not symbolize a holiday that war can not be by definition, but memory and sorrow, " - Zurab Alasania, General Director of NTU, told the story of the creation of the symbol.

"Sergey (Mishakin, designer) found him quickly and without even thinking about payment, he gave it to me and to the National, I give it to you, and to all whom he may need," the general director of NTU said.

In the symbol, the logo contains the slogan "Never again," for it is in our hands to prevent a repetition of the horrors of the war, and years of military horror: 1939-1945.

"This year, for the first time in Kiev, official European events will use the European symbols for the memory of those who died in the war - the red poppy," the Center for the Study of Liberation Movement said on Monday.

Official events on the occasion of the end of the Second World War in Europe and the victory over Nazism will be held on May 8 and 9, in particular, together with Europe and the world, Ukraine will begin to honor the memory of the victims on May 8 - the day of signing the surrender by Nazi Germany and will continue traditionally 9 May.

In particular, on May 8, the symbolic event "First minute of the world" is planned. As you know, Germany's surrender was signed on May 8 late at night. Formally, on that day, the war in Europe ended.

Thus, this year Ukraine is expanding the celebration of the memory of the war, never again to repeat.

The organization of events on May 8 will also allow us to hold part of the celebrations in unity with other countries of the anti-Hitler coalition: Britain, France, and the United States.

On May 9, on Victory Day, the memory of the fallen in the fight against Nazism is celebrated in the Park of Eternal Glory and on Sofia Square.

The Ukrainian National Memory Institute calls on the media and the public to use the red poppy as a Ukrainian symbol of traditional celebrations of victory over Nazism and the end of World War II to Europe. 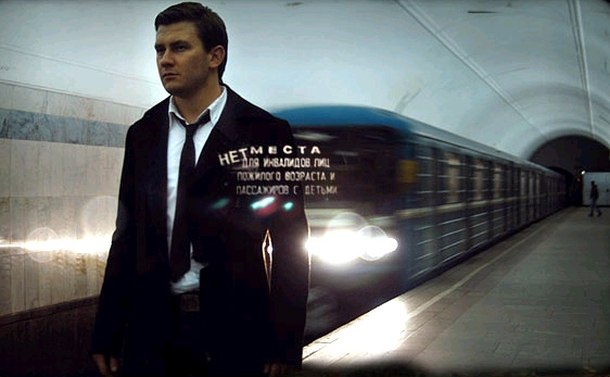 The biggest surprise in the whole current situation for me was the rapid, no, instantaneous oskotinivanie our media. Everyone who tried to pretend to be a journalist somehow yesterday tried to spread propaganda today - rabid, primitive, evil.

Our television is like an erupting abscess, my favorite newspaper "Gazeta" and "Lenta" are glass-eyed empty stuffed animals of former self. There is no journalism left in the country. People - ordinary, sane, it seemed - forgot about everything and lie, they lie, they lie! Screw-covered little heifers in "Vesti" and "First", correspondents lie, the editors lie in trifles and the main editors are lying in big trouble.

And how is it with them, I wonder, it turns out? After all, like two months ago there were people like people? After all, all those who today are so desperate, so passionately lying, could not completely reborn in a month.

GOD IS NOT SICK (full text) 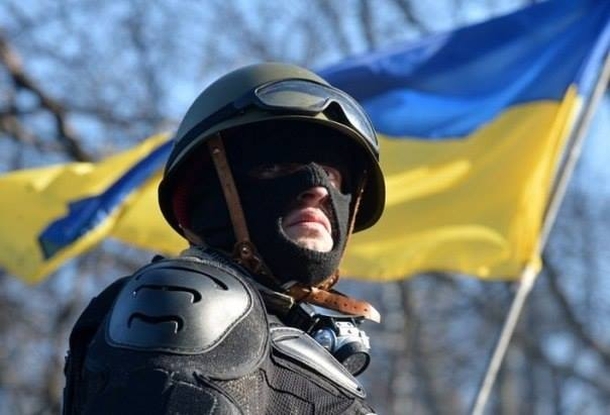 The government there is not legitimate, the devil knows who, we do not know them and do not see them at close range. There is the only legitimate president, Yanukovych, but he is not either.

Yes, there, the president, and the state does not. There was a state, but a revolution took place, the old state was canceled, but we do not see a new one yet. As they say - lost state. It was, but was lost somewhere.

And the people of this - the Ukrainians - do not. Ukrainians are Russians, only small, Little Russians. They are like children, they are playing something, they want to eat, Putin is very fond of. They need to be taken care of. You need to teach them.

If there are some Ukrainians who want something, they are Bandera people. Banderovtsy are fascists .. They jumped out of the Great Patriotic War and captured small, nezlobivyh and pretty, but unreasonable Russian children. We are at war with the fascists.

THE HORROR OF BANNER (full text)