UPD: 11/12/2014 "There, mostly .. uh, what's this called?" Tsarev tries to explain where the million rubles allocated for the repair of the Donetsk theater was. VIDEO

One of the leaders of terrorists in the Donbass, ex-regional Oleg Tsarev tries to explain to journalists what they will spend a million, donated for the restoration of the unaffected Donetsk Opera and Ballet Theater.

Tsarev received from philanthropists one million rubles for the restoration of the Donetsk Opera and Ballet Theater, whose building was not actually damaged as a result of the shelling. 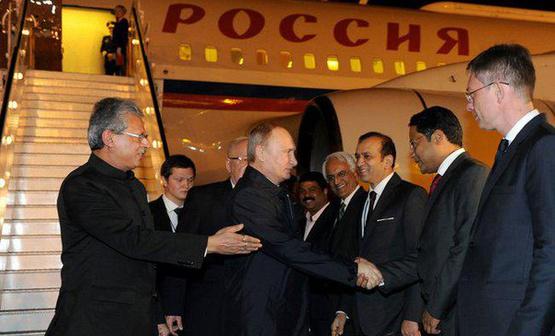 Putin's visit to India began with a latent humiliation.

"Today, Russian President Vladimir Putin arrived in India with an official visit, to implement the earlier announced" turn to the East "strategy against a backdrop of cooling and, it is possible, a complete rupture of relations between Russia and the United States and Western countries.

However, from the first minutes of the visit, something went wrong ... The fact is that Indian Prime Minister Narendra Modi, who was named the man of the year 2014 by Time, personally met Xi Jinping and Barack Obama. At the same time, a deputy was sent to Putin's meeting. Roughly speaking, they were omitted from the very first minutes, "the blogger wrote, earlier it was reported that Bildt criticized Putin for distorting the history of Russia:" This is a weak foundation of Moscow's claims to the Crimea. " 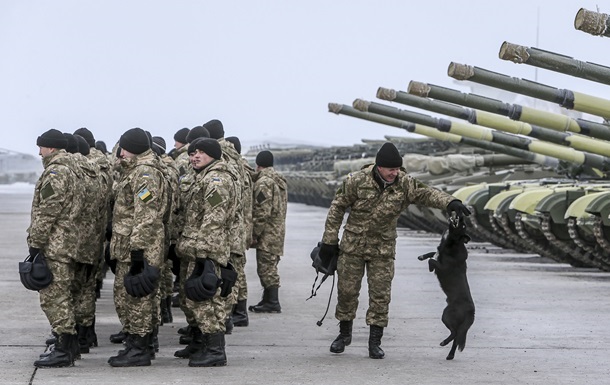 Under partial mobilization, absolutely everything can get in, since the mobilized will be trained from scratch.

The representative of the General Staff of the Supreme Armed Forces, Major General Alexander Razmaznin told who can get under the next wave of partial mobilization, reports UNIAN.

Answering the question which specialties the armies now need and who will fall under the wave of another partial mobilization, he noted that "tankmen, artillerymen, operators of all systems that we have in all directions, those who own MANPADS, anti-tank complexes are needed."

"We will now create a reserve so that it will be sufficient and we could fulfill the task of establishing the status quo at the right time." We will apparently conduct (partial mobilization - ed), if there is a decision of the leadership of our state, this is not a decision of the military, " - said Razmaznin, adding that "we are now preparing our proposals for a quantitative composition."

In Ukraine, the fourth wave of mobilization may begin even before the New Year. In particular, the official decree of President Petro Poroshenko is expected in mid-December.

UPD: 11/12/2014 Rada withdrew from the leadership of committees of 15 deputies who voted for "dictatorial" laws on January 16 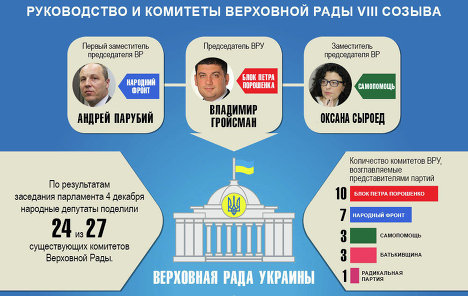 The Verkhovna Rada canceled appointment of 15 deputies for parliamentary positions in parliamentary committees, who voted for "dictatorial" laws on January 16.

For the corresponding draft resolution of the authorship of Oleg Lyashko, 264 deputies voted.

As is known, on the eve of the day two relevant draft resolutions were registered - except Lyashko's document on the recall of 15 deputies, the second, the authorship of Igor Eremeeev, Andrei Derkach and Yaroslav Moskalenko proposed to recall 9 parliamentarians.

List of deputies and committees from which they were withdrawn 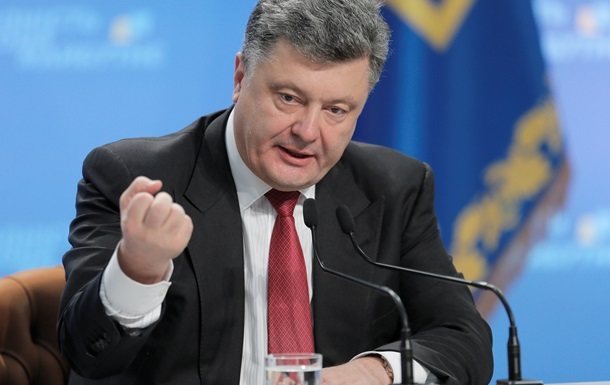 Poroshenko called on Russia to withdraw troops from the territory of Ukraine and close the Russian-Ukrainian border.

"Please withdraw the troops from my territory ... Please close the border and I promise that if you close the border, within one, two, three weeks in Ukraine, peace and stability will reign. To clarify that Ukraine is waging war not only for its independence, not just for its territorial integrity, we are fighting for freedom, democracy and peace, "Poroshenko said at a joint press conference with Australian Prime Minister Tony Abbott.

According to him, "the entire civilized world, the European Union, Australia, Canada, the United States, Japan - the whole world stands together with Ukraine."

The President of Ukraine arrived in Australia on December 10. During the visit, Poroshenko will visit Melbourne, Sydney and Canberra. According to the presidential press service, Poroshenko will hold meetings with Governor-General of Australia Peter Cosgrove and members of the Australian working group investigating the causes of the Boeing 777 crash.

In the program of the visit, Peter Poroshenko has scheduled meetings with representatives of business circles of Australia, during which it is planned to discuss the prospects for investing in the Ukrainian economy. The sides will also touch on cooperation in the field of nuclear energy, in particular, they will discuss the possibility of supplying uranium from Australia. 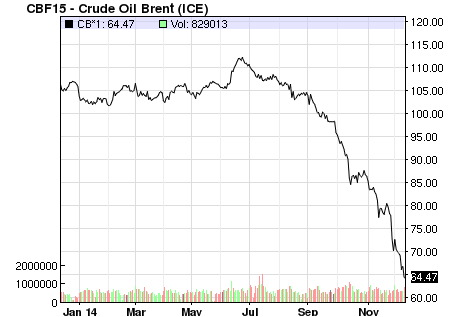 The cost of a barrel of North Sea oil Brent dropped below $ 64, which is the lowest value since the summer of 2009.

The minimum value of oil of this brand at trading on Wednesday was 63.58 dollars, which is 4.53% lower than the level of closing of previous trades.

During the bidding on the ICE Futures exchange on Wednesday, the cost of Brent futures for delivery in January 2015 dropped to 63.58 dollars per barrel - this was the minimum value of this brand of oil as of 19:58 Moscow time, it is the minimum since the summer 2009

This is 4.53% below the closing level of previous trades. Later, the price of oil began to recoup a little. At 20:00 Moscow time the barrel of Brent brand was worth 64.03 dollars.