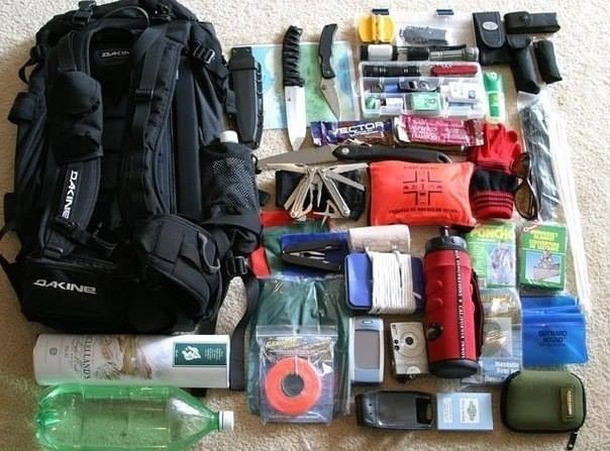 Emergency (emergency) suitcase is a generalized definition of the basic set of things that every civilian needs to survive in any extreme situation.

The civil anxious suitcase, as a rule, is a complete backpack with a volume of 30 or more liters, containing the necessary individual minimum of clothing, hygiene items, medicines, tools, personal protective equipment and food.

Emergency case in case of war

UPD: 12/03/2014 Putin said that Ukraine has not quite legally become independent 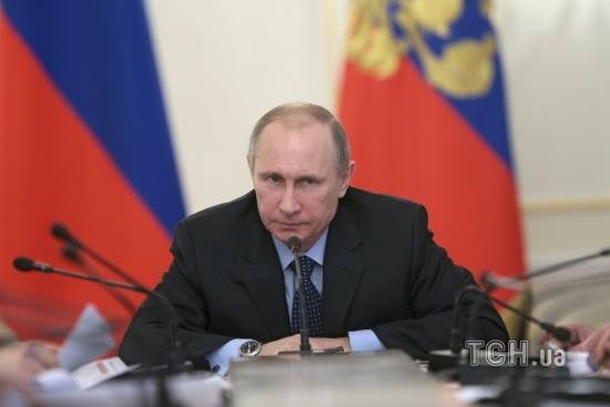 Russian President Vladimir Putin told Mustafa Dzhemilev, former head of the Mejlis of the Crimean Tatars, that Ukraine left the USSR is not entirely legal.

Dzhemilev told Ukrainian journalists about this after the telephone conversation with Putin in Moscow. The conversation was held with the assistance of the ex-president of Tatarstan Mintimer Shaimiev and lasted about half an hour, UNIAN reports.

"I told Putin that the most important issue is the territorial integrity of our country, because its violation is a violation of the agreement signed by the guarantor countries - the United States, Britain and Russia in 1994 in exchange for our renunciation of nuclear weapons," said Dzhemilev .

"On this topic - the territorial integrity of Ukraine - Putin touched upon this issue, that the fact that the self-proclaiming of an independent Ukraine did not fully correspond to the Soviet norms that provided for the procedure for secession from the USSR." Such is the position, "Dzhemilev stressed.

As previously reported, according to Dzhemilev, Putin will make a final decision on the Crimea after the referendum.

Yuriy Dolgoruky теж not having taken the permission of the father, Volodimir Monomakh, to the sleepy Moscow ... Not zovsim legally zasnovane misto! 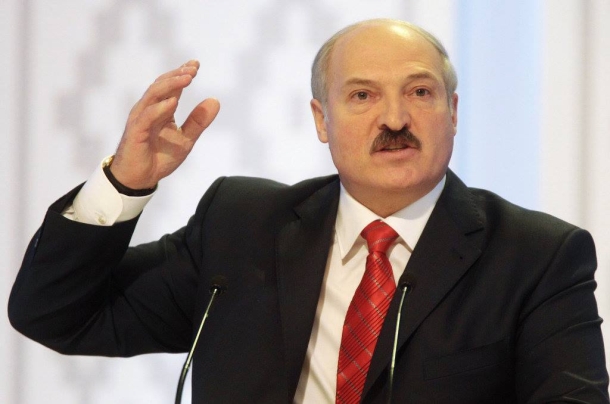 Alexander Grigoryevich Lukashenko acknowledged the legitimacy of the authorities in Ukraine, Radio Ekho Moskvy reports with reference to the BBC.

Lukashenka stressed that the country supplies Ukraine with as much energy as it needs, and this position does not coordinate with Moscow.

Minsk is also ready to provide humanitarian support to the neighboring state.

Lukashenko added: "Nobody presses on me, no" Kremlin "and others have never crushed me"

Thanks for the support! 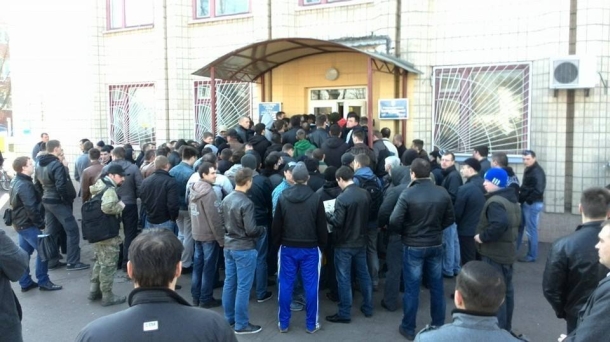 40,000 volunteers turned to mobilization points, the secretary of the National Security and Defense Council of Ukraine Andriy Parubiy 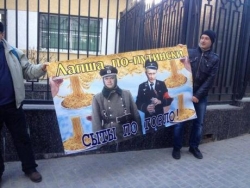 Activists threw the General Consulate of Russia in Odessa noodles. This was reported by witnesses of the incident and participants in the protest organized under the walls of the consulate general, Ukrainian Pravda reports.

The action was called "Lunch at the Consul" and was organized in protest against Russian propaganda.

UPD: 12/03/2014 "We will not destroy Crimea, we protect you from Bandera!" - The Russian occupier explained his presence in the Crimea.

Russian soldiers in the Crimea explain their presence by wanting to protect the inhabitants of the Crimea from the "Bandera".

As reported by the STB, one of the military who takes part in the blocking of parts of the Ukrainian army told about this girl who tried to shoot the Russians on video.4

UPD: 12/03/2014 Providers of "Will" and "Intellect-S" continue anti-Ukrainian propaganda in Kiev 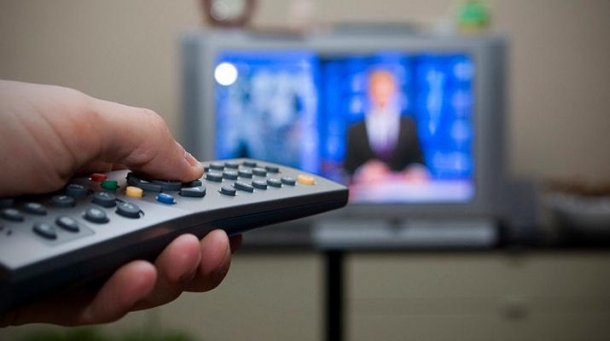 According to the audience, as of 8:00 in Kiev, one of the largest operators, Volia, continues to relay Russian channels. In the same way, smaller providers, such as Intertekom-S in the Svyatoshynskyi district of the capital, also arrive.

Recall that the National Council of Ukraine on Television and Radio Broadcasting demanded that the software service providers stop the retransmission of the broadcasts of several Russian TV channels by 7:00 pm on March 11. "As of 12:00 on March 11, already in 50% of providers throughout Ukraine have turned off the broadcasting of these foreign channels, others are preparing to shutdown," - informed the National Council.1

The regulator recommended also to provide retransmission in networks of disconnected in Crimea TV channels ATR and Black Sea TRK.1 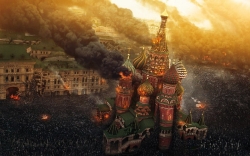 Russia's hangover will be difficult ...

Yuri Pronkau, a Moscow-based franchisee in the FB, the author and anchorman of the program "Diary" on Russian TV:

The economy of Russia is full of ... pa, but the country does not yet know about it! All went to the "Crimean front" ...

Ex-Minister of Economy of Russia (my good friend and one of the best domestic economists) Andrey Nechaev:

"Since June 2013, the Central Bank spent $ 60 billion on supporting the ruble (selling dollars), and $ 11 billion more over the last few days. Thus, about 2.3 trillion rubles were withdrawn from the economy for 3 quarters."

"Naturally, banks hit the liquidity crisis by cutting lending to the economy, and banks went to the Central Bank for money, and the debts of commercial banks to the Central Bank rose sharply, and now the Central Bank raised the refinancing rate of banks - a key rate from 5.5% to 7% Loans to non-market assets - from 7.25% to 8.75%. " "The increase in the value of money will be immediately transferred to customers." "And this is in the conditions of economic stagnation, and you still want cheap loans and economic growth?"

The country is "foraging," but a tough hangover is just around the corner ... unfortunately!

Moscow considers the authorities in Kiev illegitimate, but do many in the Russian Federation consider the State Duma a legitimate body? The authorities (we ourselves) forgot about the protests on Bolotnoye, Sakharov? Forgot about prisoners who have received real verdicts?

How is it that the Russians are ready to "forgive" their power when the bureaucracy throws in the "right" topics? However, the riddle of the Russian soul ...

The goal is to improve the image of the Russian Federation in the world. Is it achieved? Or all do not care? On the wave of "Crimean non-interference", Russians are ready to "forget" about the funds that "went to the sand"?

The power in Russia is very creative! If there was no Ukrainian crisis, it must have been invented.

The whole country has stumbled on one (albeit important, but one) topic, having forgiven the ZhIVs all their sins and sins !?

The hangover will be heavy ...