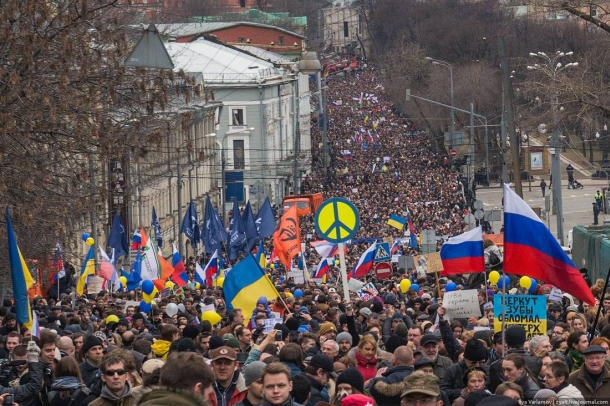 In the center of Moscow on Saturday is the "March of Peace and Freedom" - an agreed procession against Russian aggression in Ukraine.

The participants of the march are also against the incitement of hatred and the stripping of free media.

People stand with placards: "Ukrainians are not our enemies," "Putin, go away."

According to various estimates, about 50 thousand people take part in the action. The songs of "The Ocean of Elsa" and Russian rock are heard. Among the participants of the action musician Andrei Makarevich.

In the Verkhovna Rada of Ukraine the "Peace March" was applauded standing.