UPD: 17/12/2013 A wall of lamentation and struggle appeared on EuroMeidan in Kiev

On Maidan Nezalezhnosti in Kiev, a new attraction - the Wall of Weeping and Struggle. This is a hedge of hundreds of wooden bars, each of them is written the name of the city of Ukraine, from which the protestors who signed it arrived.

According to the publication of the New Region, according to the creator of the project, Pavel from Berdichev, who want to sign a lot, and the firewood that burns the camp of protesters, located at the corner of Institutskaya and Khreshchatyk streets.

Last night, part of the signed bars had to be burned for heating purposes, however, the hedge is quickly restored. The wall of crying and struggle attracts tourists and protesters, and has become one of the main places for photographing on the Maidan.

"I very much hope that we will be able to move forward in resolving the most sensitive issues for us, Ukraine, without any doubt, in the full sense of the word, our strategic partner and ally," Putin said.

Yanukovych, in turn, expressed hope for the resolution of economic and trade issues between the states.

"We will coordinate this work in the short term not only between our states - Russia and Ukraine - but also with other CIS countries, so that the free trade zone will fully work for us," Ukrainian President Viktor Yanukovych said.

Recall, on Tuesday there will be a meeting of the Russian-Ukrainian interstate commission with the participation of the leaders of the two countries. A number of documents must be signed on it. As expected, the parties will discuss, among other things, the price of gas for Kiev and the possibility of providing a loan to Ukraine.

UPD: 17/12/2013 Canned young girls in the EU: video report from a rally of Soviet officers in Dnepropetrovsk

On Sunday, December 15, in Dnepropetrovsk near the monument to Lenin, a rally against the EU was held, organized by the Union of Soviet Officers of Ukraine.

On the Internet there was a video recording from the rally on which an eight-minute fiery speech of one of the speakers was recorded.

In particular, the speaker voiced the terrible consequences that Ukraine expects after the signing of the Association Agreement with the European Union: "A cannibal experiment is conducted over our country, an association agreement will destroy our population, the Zionist sages have set a quota for the number of people living in Ukraine at 2.7 million. .. Even now young girls are killed and they make canned meat from them! "

Grandpa ... well, where are you lezish

UPD: 17/12/2013 Andriy Shevchenko about Euromaydan: The main thing is to get rid of blood

Last week, Ukrainian football legend Andriy Shevchenko participated in the charity star poker tournament in Prague - EPT Charity Challenge. Communicating with journalists, he commented on the situation in Ukraine, saying that he supports the European integration path of the country.

"I treat the situation with pain, I am Ukrainian, I am a patriot of my country." In view of what is happening in Ukraine today, the most important thing for me is that it would be done without blood, so as not to injure people. "As for my opinion, I support European integration ", - said Shevchenko. 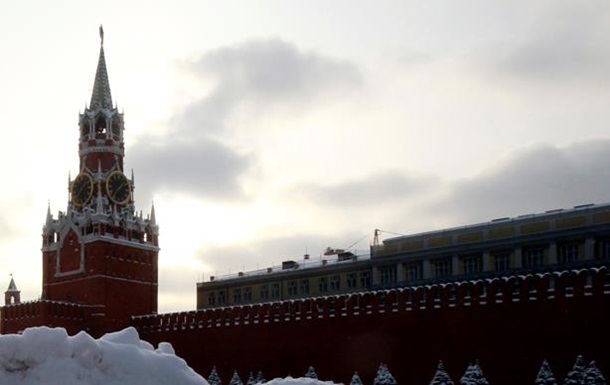 Ukraine is negotiating with Russia on a loan worth $ 15 billion. This is reported by the agency Bloomberg with reference to its sources.

According to Bloomberg, a part of this loan in the amount of 5 billion dollars Kiev can get even before the end of this year.

Information on the fact that negotiations are being held has already been confirmed in the Ministry of Finance of the Russian Federation, but they refused to provide any details.

Earlier, the government of Ukraine could not agree on a loan of $ 15 billion with the International Monetary Fund.

Meanwhile, The Financial Times writes: "High-ranking Ukrainian officials have reported that negotiations are underway with Moscow to extend loans for at least $ 10 billion in exchange for the sale of assets to Russia, a step that could exacerbate the geopolitical struggle between Moscow and the EU for influence in Ukraine" .

In addition, Ukrainian ministers hope to receive a substantial discount on Russian natural gas and sign a "road map" stopping interruptions in the movement of goods across the border, which cost Ukraine $ 2 billion since July, reinforcing the political and financial crisis in Kiev.

On Tuesday, December 17, a meeting of the presidents of Ukraine and Russia Viktor Yanukovych and Vladimir Putin will take place in Moscow. It is expected that the parties will sign at least 13 documents on further cooperation of countries.

Recall that earlier the government of Ukraine could not agree on a loan of $ 15 billion with the International Monetary Fund. Prime Minister Mykola Azarov said that he expects that on Tuesday the presidents will manage to agree on the price of gas. At the same time, the authorities said that signing of documents leading Ukraine into the Customs Union is not planned. However, the opposition fears that Yanukovych may still sign such an agreement.

The demonstrators can block the central streets of the city for at least another month and a half.

Yesterday, December 16, in the Pechersk court, a hearing was held to remove any obstacles from the Independence Square and adjacent streets, both from the roadway and from the sidewalks. With such a demand, the city administration applied to the court, the program Events on the channel Ukraine.

The hearing began in the evening, however, an hour later the judges ended their working day. And so the consideration was postponed to January 28 next year. 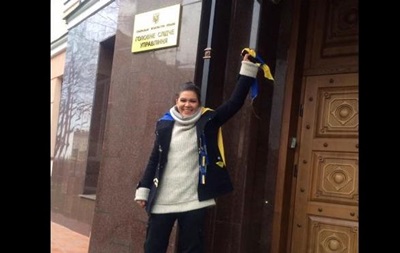 On Tuesday, December 17, the singer and social activist Ruslana Lyzhichko was summoned for questioning to the Prosecutor General's Office.

"I came to the investigative department of the GPU at Borisoglebskaya, 18. I'm waiting, just in case, a lawyer," Ruslana wrote on her Facebook page at about 10 am.

"Cabinet has already come in. Cabinet 308. The investigator from the prosecutor's office Yuri N. Pivovarenko, smiling and friendly," the singer wrote: later, noting that she had come into the office with lawyer Artem.

Recall, the Prosecutor General's Office calls activists of EuroMaidan in the investigation of the case of beating participants in a peaceful demonstration during the dispersal of their Berkut on the night of November 30 at Independence Square in Kiev.

At present, four officials are charged with abuse of power: NSDC deputy secretary Vladimir Sivkovych, head of the KSCA Alexander Popov and the head of the Kiev police Valeriy Koryak, as well as his deputy Peter Fedchuk.

UPD: 17/12/2013 Vitali Klitschko abandoned boxing for the sake of politics

Vitali Klitschko refused the title of the current world champion in boxing according to the WBC version and announced a temporary suspension of his sports career. According to the athlete, he decided to completely devote himself to politics and run for the presidency of Ukraine in 2015.

Thus, the WBC champion belt becomes vacant. Nevertheless, according to the decision of the council, Klitschko will remain an honorary champion, which gives him the right to summon a new owner of this title at any time.