Putin's show on the accession of the Crimea.

“A referendum was held in Crimea; it was held in full compliance with democratic procedures and international legal norms. More than 82% of voters participated in the vote, more than 96% spoke in favor of reunification with Russia - the figures are extremely convincing, ”Putin said. 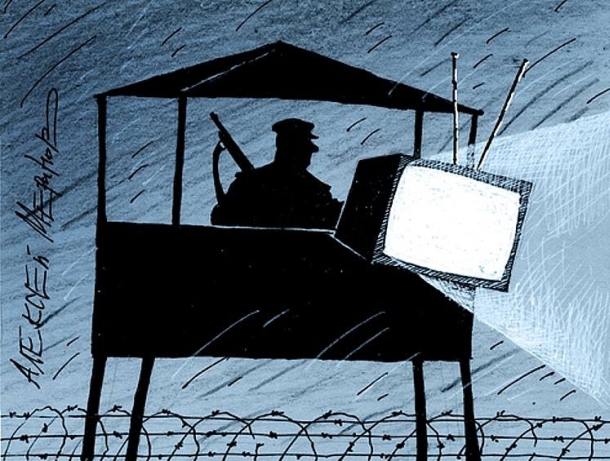 Let's look objectively, our people in Crimea are 12% of Tatars plus 10 percent of Slavs. Total 25% of the population of Crimea with a good deal. About this writes in his Facebook Yuri Romanenko.

1. Now we are a "country of sacrifice." A very good position in the eyes of a normal world.

2. We no longer need to subsidize a loss-making region. Now we will only earn on it by selling electricity, gas, food, transit services. If we want, of course.

3. Everyone was convinced that the best allies of Ukraine had their own army and navy. Therefore, the issue of security will become a key for the country. This will allow the development of the military-industrial complex and generally follow the path of Israel.

4. We lost at least 1 million of the electorate who voted for the regionals and other morons. This means that politically Ukraine is becoming more homogeneous.

5. Ukraine receives a powerful lever of influence on Russia. Russia's attempt to organize suffering for Ukraine will turn into suffering for the Crimea.

6. Given that the bandits really took control of Crimea, there is no doubt about the fruits of their management. It will be a good antipiar of the Russian world and of course we will use it in our propaganda.

In general, you need to look at this situation without snot and aim at the game in 20-30-50 years. And the basic condition for our success should be the transformation of mainland Ukraine into a prosperous territory. For our remaining in Crimea, we need to launch a program of compatriots in the occupied territories. It should include dual citizenship, material support and various preferences. Let's look objectively, our people in Crimea are 12% of Tatars plus 10 percent of Slavs. Total 25% of the population of Crimea with a good deal. This is our fifth column, which we must support in order to increase the effectiveness of our policy. And to do this, create the appropriate tools. Our policy regarding Crimea should be the same as that of France with respect to Algeria since de Gaulle. As a result, Algeria is knocking at the gates of France, and not vice versa.

And will someone prove to me about friendship here? Raise a hand on a woman, and even at an age, on a mother the same as yours ... So that the creature would die with her relatives ... Rotten people !!!