Recent developments for the current month

UPD: 19/03/2015 magazine Charlie Hebdo has made a U-turn about Putin: "The scene of triple intercourse with Marine Le Pen and Depardieu, coat of arms of the KGB on the cross, octopus Gazprom, and below the corpses." A PHOTO 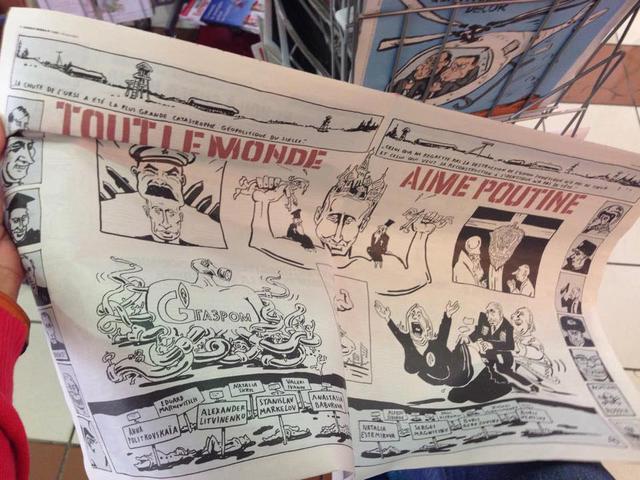 "The latest issue of Charlie Hebdo turn about Putin Scene triple intercourse with Marine Le Pen and Depardieu, coat of arms of the KGB on the cross, octopus Gazprom and bottom dead bodies lying in blood subject.." Everyone loves Putin ", - he wrote.

Charlie Hebdo magazine has made a U-turn about Putin

UPD: 19/03/2015 Ministry of Internal Affairs has prepared the first car labeling specimens for the new patrol. A PHOTO 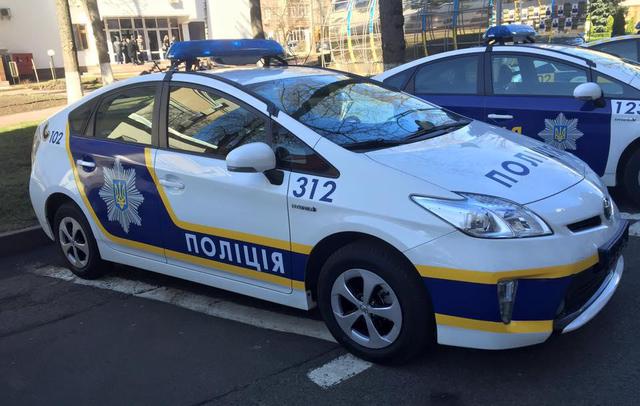 "As of today, there were several hundred sketches of registration of such vehicles Through online voting, Internet users have already selected the best six figures for a more objective determination of the best car design decision was made to bring sketches to life..", - Said in a statement.

At the moment, six cars Toyota "Prius" issued on the basis of these models. Now held working meetings with the authors of these projects are discussed further ways to implement them and the comments that will be taken into account in the future.

Commenting, keep in mind that the content and the tone of your messages can hurt the feelings of real people, show respect and tolerance to his interlocutors, even if you do not share their opinion, your behavior in terms of freedom of speech and anonymity offered by the Internet, is changing not only virtual, but real world. All comments are hidden from the index, spam control.
A COMPLAINT
loading...

March 5: Good day to act according to a predetermined plan, to carry out his plan earlier. At the same time likely internal doubt throughout the day. Communication can be folded too emotional. Fear is deception, care should be taken during short trips. Find a time and in order to do something nice for you to have fun.
March 6: This is a good day to be creative, use a non-standard decisions, take the initiative. The day will bring more optimism and enthusiasm. At the same time it is not necessary today to address the formal questions, it is important to avoid carelessness.
March 7: The day will bring a relaxed mood, enhance creative inspiration. Avoid laziness and self-indulgent. The evening is better to spend, surrounded by family, close friends, it will raise the mood, allow you to feel confident.