UPD: 23/05/2014 The war is rife with rumors. The most vague stories of confrontation in the Southeast 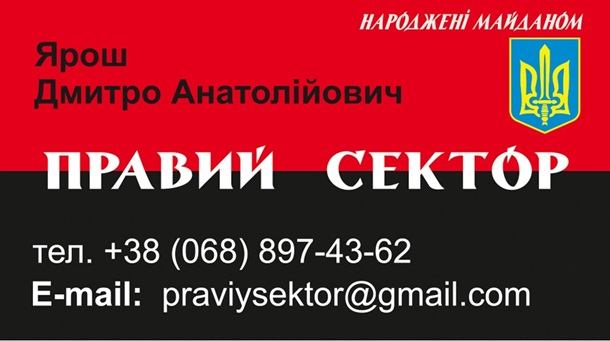 Confrontation in the South-East over time with its "foggy stories", to prove the authenticity or unreality of which is often very difficult.

African Guard, sniper Babai and other secrets of the battle for the Donbass. "Just like a passer-by is a black guy." The Belarusian battalion. The sniper Babay. The Chechen front and the Don Cossacks. African Guard. Business card Jarosha and others. Opposition black men.

The war is rife with rumors ... Exposure. 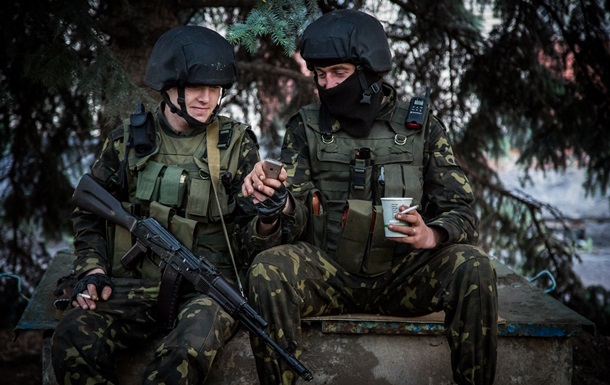 Antiterrorist operation in the South-East of Ukraine. The main events for Thursday, May 22.

Near Krasnodon tried to fall asleep protective ditch, the troops did not leave, Donbass goes to Donetsk, the seizure of the printing house, stole the print run, the shelling of the electrical substation, the military position of the LNR, Bolotov turned to Putin, clashes near Volnovaha and Rubezhny, attack the checkpoint, stop the war! DNR asks for superstition, Shooter gave the order, Not enough bulletproof vests, To Lugansk! Liberation of Novodruzheska, Transfer to Slavyansk, Mine seizure

Frontline reports from the Southeast for May 22 (Photo + Video) 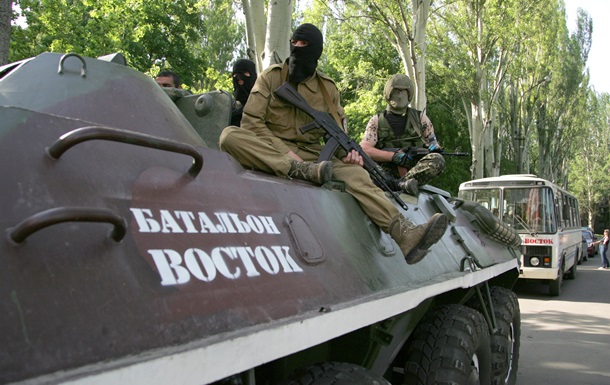 Antiterrorist operation in the South-East of Ukraine. The main events for Wednesday, May 21.

Representatives of the DNR installed two checkpoints, the end of the terrorists! The troops are leaving, the New checkpoints, the LNR "writes" the Constitution, the ultimatum of the traffic police, In the morgues of almost 100 bodies, detained the "people's mayor", seized the executive committee, Ponomarev threatened, seized weapons, for a peaceful sky overhead, Natsgvardia appealed to the radicals, occupied the bakery, Appeal to Akhmetov, the situation has improved, the rally in Mariupol

Frontline reports from the Southeast for May 21 (Photo + Video)

UPD: 23/05/2014 In Dnepropetrovsk they found instructions for the case of "mopping up" the city by Russians: "Putin and Yanukovych's photos can save your life." PHOTO reportage 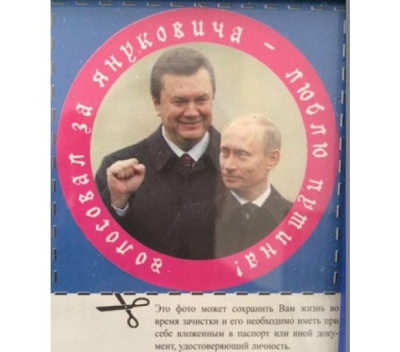 In Dnepropetrovsk, during a search of the office of one of the societies with foreign investments, law enforcers found leaflets of a pro-Russian nature, in which, in particular, they refer to "rules of conduct during the" cleansing "of the city by Russian" peacekeepers "from terrorists."

This was reported in the press service of the Dnepropetrovsk Interior Ministry.

"Officials of the enterprise were absent at the time of the search, at present investigative actions to locate persons involved in illegal activities continue," the report said.

As law enforcers say, the search was conducted in the framework of criminal proceedings started on April 29 by the prosecutor's office of the Dnepropetrovsk region on the materials of the UBOP. Pre-trial investigation is conducted under part 5 of Art. 191 of the Criminal Code of Ukraine (misappropriation, embezzlement of property or possession of it by abuse of office) on the theft of gas from the gas pipeline system.

Recall that NATO and the Pentagon have noticed the withdrawal of Russian troops from Ukraine. However, we are talking about individual units, so in the West, they are slow to draw consoling conclusions.

Instructions for the case of "cleaning up" the city by the Russians ...

UPD: 23/05/2014 The 2nd Volunteer Battalion of Nazgvardia has completed combat training and is preparing to be sent to the front line. PHOTO report + VIDEO 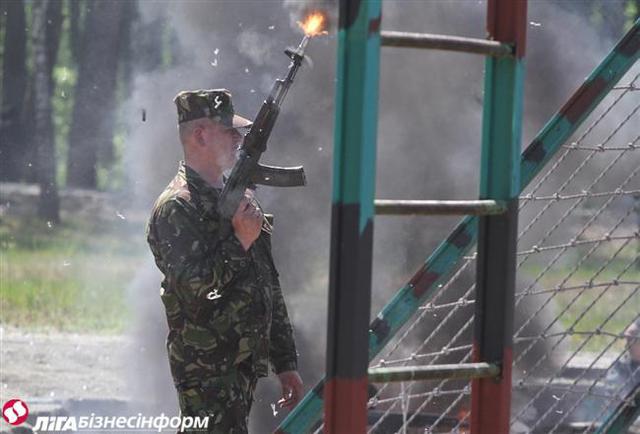 One of the last trainings of the second battalion of the National Guard before sending to the front was visited by Prime Minister Yatsenyuk. I checked the readiness of the fighters, gave the volunteers personal protective equipment and promised to allocate 100 million for the purchase of 22 brand new armored personnel carriers for the National Guard and the army. The first four - already today sent to the hot spots in the East, wrote 5 channel.

Yesterday's managers, public figures and popes - now they are reservists of the second battalion of the National Guard. Three hundred and fifty volunteers have already studied the fundamentals of military science quite well and in a matter of days will be on the front line of an antiterrorist operation. Studied for a month demonstrate to the Prime Minister: the techniques of hand-to-hand combat, the release of captured premises, counteraction to terrorists - the soldiers of the National Guard say they are ready to fulfill all tasks in the conditions of the struggle against separatists in the East of Ukraine. Also, the fighters worked out actions regarding the detention of armed criminals, the release of hostages, defense against the attack of terrorists, the action of the CPT personnel during the inspection of vehicles. Shooting exercises, hand-to-hand combat techniques, elements of dog training courses were also tested.

Resident Alexander says: "Of course, there is personal willingness, and in another sense - material - well, all that we have is from sponsors." Physical and moral training, according to activists - to protect the country is not enough. The state, they say, is not able to provide everyone, so the indifferent Ukrainians are dumped together for helmets and body armor. Today, the Nationalguards were also presented. Every body armor and every helmet - they say fighters - is someone's life. The state gifts are significant: four new armored personnel carriers were handed over by the Prime Minister to Natzgardia, and another 18 promised to allocate money for the purchase. He also gave bodyguards, helmets and communication equipment to the soldiers.

The head of government stressed that the army and the National Guard are provided with the necessary speed at an early pace, because "23 years nothing was bought": "What was two months ago and today is a completely different picture." The Prime Minister reports: "All that needs to be provided at the most accelerated pace is ensured.Today, a powerful, legitimate, paramilitary formation - both on the basis of the Ukrainian armed forces and on the basis of the National Guard, the trained people." In total, thirty-three thousand soldiers are serving in the National Guard. Seven hundred of them are two volunteer battalions, formed mainly from the forces of self defense of the Maidan.

The Prime Minister also expressed his condolences to the families of the victims in the course of the antiterrorist operation and assured that the country will not forget its heroes and will help their families. 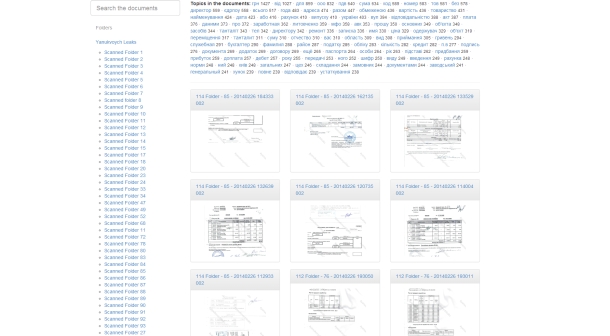 On February 22, divers from among the volunteers found almost 200 folders with documents on the bottom of the reservoir in the residence of the former president of Ukraine. In a hurry, the ex-residents of Mezhyhiria, leaving the residence, were throwing away documents, hoping that the water would destroy these materials.

To restore: A group of journalists and civil activists set a goal to save from destruction, systematize and study a huge amount of information about the former inhabitants of the residence.

Announce: The scanned material is published publicly on this site. Anyone who wishes in any country in the world, whether a journalist or an ordinary citizen, can directly get acquainted with their content.

Investigate: The content of the documents from Mezhyhiria has become the subject of journalistic investigations, which will continue to be published here in the Ukrainian media.

UPD: 23/05/2014 Proof of Kurchenko's involvement in Vesti was found in Mezhyhiria. DOCUMENT 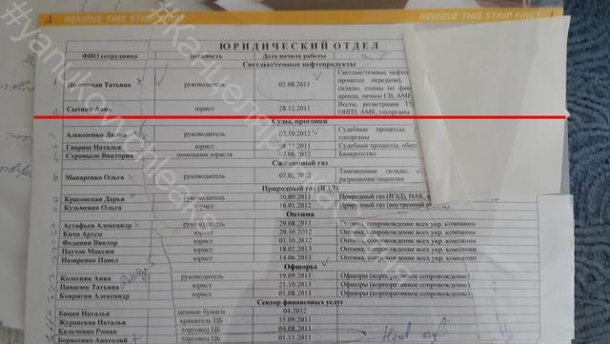 The journalists who are processing the documents thrown in Mezhyhirya by Yanukovich found evidence of Kurchenko's involvement in the newspaper Vesti.

Legal issues related to the activities of the media holding "Vesti", were part of the regular duties of Anna Sytnik, a lawyer of the VETEK Group of companies Sergei Kurchenko, close to the "family" Yanukovych. This follows from a document published on the YanukovychLeaks website, a project that restores documents that survived in Mezhyhirye after the ex-president's flight, writes LigaBusinessInform.

According to the staffing schedule of the legal department of the VETEK Group of Companies found in Mezhyhiria, Sytnik, in addition to Vesti, was responsible for registration of trademarks, interaction with the Antimonopoly Committee and state bodies.

It is also reported that Sytnik entered the Supervisory Board of the Odessa Oil Refinery after his purchase by Sergei Kurchenko in 2013.

Previously, Deputy Secretary of the National Security and Defense Council of Ukraine Viktoriya Syumar said that the situation with the blocking of the accounts of the newspaper Vesti lies solely in the plane of money laundering of the "family" Yanukovych and the oligarch Kurchenko.

Recall glavred "Vesti" Igor Guzhva today said that the accounts of one of the companies holding Multimedia investment groups are blocked, and in the newspaper "Vesti" newspaper began a mask-show.

UPD: 23/05/2014 Children in the occupied Crimea are being promoted by the military "exploits" of the pioneers: "Are we returning to the times of the USSR?". PHOTO reportage 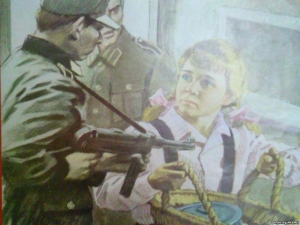 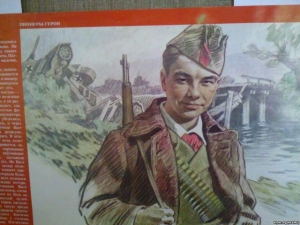 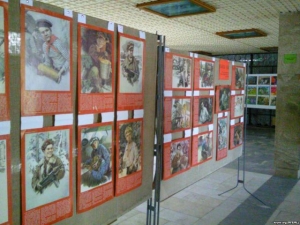 In Kerch, among the children propagandize the military exploits of the pioneer heroes.

As the correspondent of Crimea. Reality reports, the thematic exhibition is opened in the hall of the largest in the Palace of Children and Youth Creativity, formerly known as the Palace of Pioneers.

Printed leaflets with portraits of children in military uniform and with pioneer ties tell of their exploits during the war. In some cases, the information contains facts about the deaths of children and adolescents.

As reported on the stand, the thematic exhibition is dedicated to the 70th anniversary of the liberation of Kerch from the Nazi invaders.

Parents have different attitudes towards the exhibition. Some support the idea of ​​patriotic upbringing of the youth, while others are strongly opposed.

"When I first saw this exhibition, I even had a pulse. Are we returning to the times of the USSR when all citizens, even young children, were demanded of heroism? I do not want my child to be taught to sacrifice himself for the sake of the country. It is necessary to teach children to live, create and create for the benefit of their neighbors and their families ", - shared her opinion with the correspondent of Crimea. Realikerchanka Svetlana Tkacheva.

Note that modern historiography, the bulk of such "exploits" of the pioneers were subjected to serious and sufficiently reasoned criticism, and most of them were literally imagined or very distorted, along with most of the canonized Soviet propaganda exploits of the Second World War, as "feats" by Zoya Kosmedemyanskaya, Alexander Matrosov or the "Young Guard".

According to the decree of Russian President Vladimir Putin, in Crimea, they want to revive the complex of physical and patriotic education of youth "Ready for Labor and Defense" (TRP). The Crimean "government" is entrusted to approve the provision on the TRP until June 15. 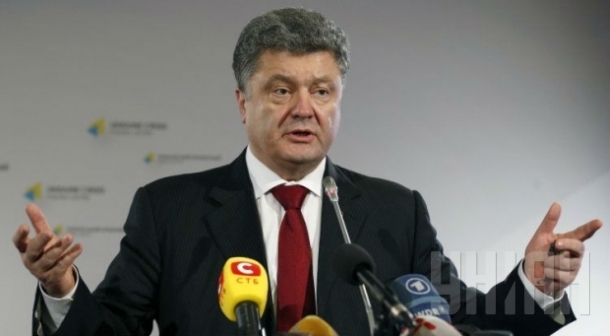 Journalist Sergei Leschenko believes that the thesis that elections should be held in one round is a subtle electoral technology of Peter Poroshenko's staff.

Leshchenko said: "Elections in one round" is the technological development of Poroshenko's headquarters, which even some of my friends, sober-minded Kyivites, barked at. Citizens should vote in the first round on the basis of personal convictions, and not because some candidate does not The election in the first round is like choosing from the menu in the restaurant.If you like borscht, choose borscht, even if all the soup are cooked in this cafe, which have been cooked very much, and it is profitable for the owner of the restaurant to quickly sell the remains of the cabbage soup. Seriously, the thesis about the elections in one round is based on an incorrect interpretation of sociological studies, because the rating of Poroshenko 45+ among those who will definitely go to the polls and has exactly decided on his choice. And believe me - if Putin intends to attack, then for him It matters, the elections will take place in one or two rounds.