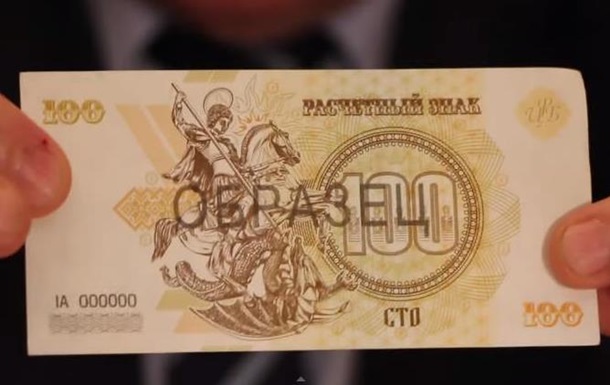 In the unrecognized DNR, they announced their intention to introduce their "currency."

The separatists of the self-proclaimed Democratic People's Republic of Moldova showed the journalists new money, which they intend to introduce in the territories under their control, withdrawing the hryvnia from circulation.

According to the man on the video, the new money of the separatists will have nine degrees of protection. According to him, the necessary number of them has already been printed, and now lies in the warehouse, waiting to be put into circulation.

In the DNR showed their money - the settlement signs of Novorossia