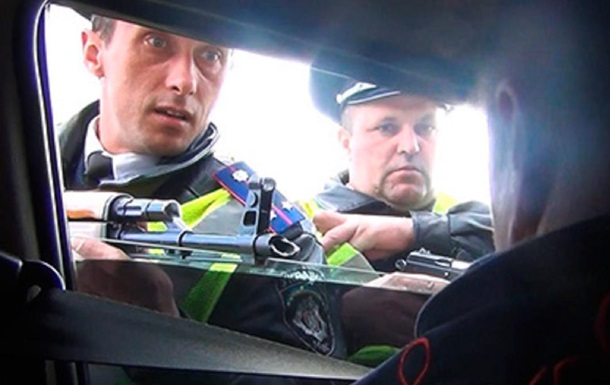 The online edition of Traffic Control released a video of how inspectors of the GAI "Cobra" unit, in excess of official powers, threatened a journalist with firearms - a Kalashnikov assault rifle and a pistol.

According to the Traffic Control, on April 8, journalists came to the Zhytomyr traffic police post in Kiev to make a report on how workers in Cobra, according to the publication, stop cars for no reason. After some time, two traffic cops noticed a parked car of journalists of the Palace of Culture and approached the car. Further, as the publication notes, they demanded that the driver show the rights and the registration certificate, without giving a reason for verification. Journalist Vladimir Maralov opened the glove compartment to get a purse. There, he also had a Fort traumatic pistol, for which the journalist had official permission. As soon as they noticed a gun, the Kobrovtsy immediately sent their firearms to the driver’s head.

One of the law enforcement officers, having jerked the bolt and drove the cartridge into the chamber, began to shout at the driver using profanity and demand to get out of the car. Maralov suggested that the inspectors calm down, since there is permission for the gun, but traffic cops continued to send weapons to the head, while trying to force open the car ...

As a result, special forces, other policemen and traffic cops, as well as activists of the Right Sector arrived at the scene. How it all ended - look at the video!