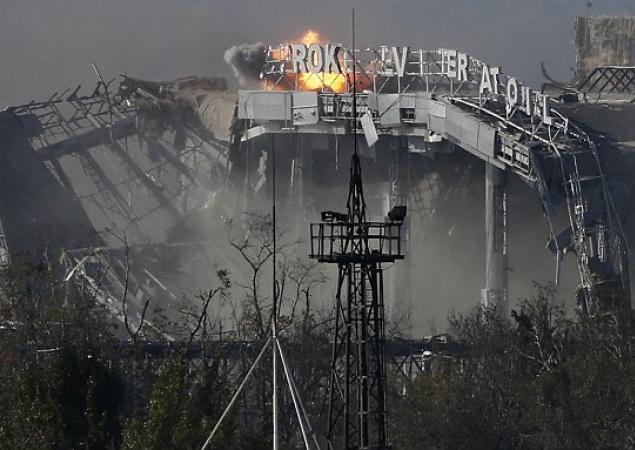 The night passed in most areas where an anti-terrorist operation is being conducted.

According to the headquarters, at 22.30 the firing of the position of the ATU forces in the region of the Tretkhizbenka was carried out using the ML-21 Grad GRAD.

"Yesterday afternoon, uncontrolled terrorist armed groups fired on our positions several times in the areas of Debaltsevo, Chernukhino, Redkodub, Avdeevka, Granitnoye, fired at houses in Nikishino," it was reported.

In addition, it is noted that the situation in the vicinity of the village of Smelyoy remains dynamic, the ATU forces are carrying out activities aimed at ensuring the safety of personnel serving at roadblocks in the specified area.

"Despite another attempt to storm, Donetsk airport under our control, the night before militants fired our positions from Donetsk, there are no losses among Ukrainian servicemen," the press center added.

At the same time, according to the headquarters, the situation in the south of the ATU zone is constantly being monitored, planned activities are being carried out aimed at creating safe conditions for civilians in Mariupol and participants in the anti-terrorist operation.

Ukrainian "cyborgs" effectively keep the defense of the Donetsk airport: a report from the epicenter of events. VIDEO

Defenders of the Donetsk airport from the end of May heroically repulsed attempts to storm terrorists.

As reported by Espreso.TV, this is said in the plot of the project "Chronicles of the war with Artem Shevchenko" .1

The "cyborgs" commander is commanded by the seventy-ninth separate airmobile brigade of Ukraine with the call sign Marshal. It is he who records and places the videos in between battles.1 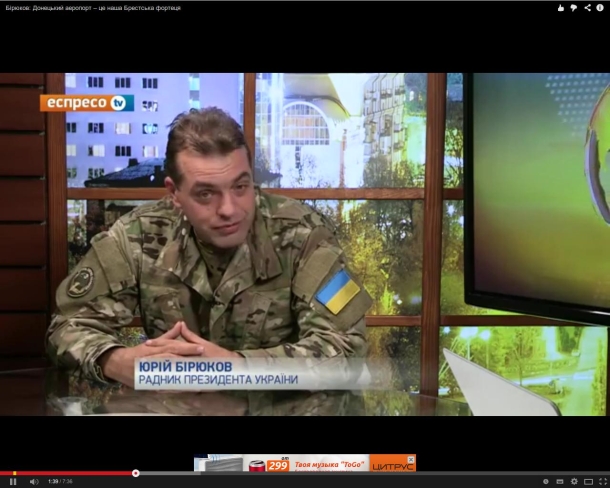 Donetsk airport can be kept for a long time, given the morale of its defenders and the nature of the attacks of militants, however, if there is an order, the guys will leave it.

As informs Espreso.TV on the air the adviser of the president and the assistant to the Minister of Defense on matters of material support of the Armed Forces Yuri Biryukov told. "It was a little quieter on Sunday, instead of 5-6 attempts to storm, there were only two, just when I was there." Yesterday there were 5 attempts of assault, today 4, but it was more difficult, because heavy artillery was working on the buildings, "he said. Biryukov noted that he was struck by two things at the airport of Donetsk: "The first is the morale of our fighters, I thought it would be worse, but how they behave there themselves, they saw themselves." And that from a bad point of view it was striking how stubbornly they go to their deaths Separatists, I do not know the reasons, they are under drugs, I do not understand why a person in full growth can go and die. "

According to him, rumors are circulating that the airport is sent by the penal battalions of militants. "Why they do this 4-5 times a day, and then they call and ask to stop the fire to pick up the bodies, there are rumors that they are penal battalions of the People's Republic of Germany, they are sent to the airport" to wash with blood, "says the presidential adviser. The presidential adviser confirmed that in the Minsk treaty the line of fire delimitation was really stipulated and the Donetsk airport passed to the other side of this line. "The arrangements were sure there was a line of fire delineation, on it the airport actually went to the other side, and we had to occupy other territories, but the terms of all these peace arrangements were violated instantly and accordingly we will free the airport and they will release those The exchangeable territories themselves are extremely difficult, "he said.

Biryukov noted that the airport is a symbol of heroism, professionalism and courage of the Ukrainian army, so no one will simply leave it, but if there is an order from above, the guys will go. "The situation is difficult - for us it is a symbol, a point where many of our boys have died and come out ... How to explain to these guys what to get out of. It's our territory, therefore, it is impossible to exchange our territories for our territories - If necessary - then we will leave it, "he said and added that it was there, at the Donetsk airport, that" what is the Ukrainian army "was shown. The assistant to the Minister of Defense is convinced that the Ukrainian soldiers will be able to hold the airport for a long time, although he said that "there are no catacombs, exits to Avdeevka, underground cellars with supplies, and no one is particularly hiding there."

"It seemed to me that if the separatists do not start using the extraordinary large-caliber, then this object can be kept for a long time." In addition, the morale of the paratroopers, for me, the boys, is a symbol: this is our Ukrainian Brest Fortress. Object during the ATU no one kept, "- he stressed. See also the plot of the program "Chronicles of the war with Artem Shevchenko" on this topic: "How" cyborgs "protect the Donetsk airport".