The Kremlin media barked on the April Fools' joke EUObserver about Mistralia in Luxembourg. A PHOTO 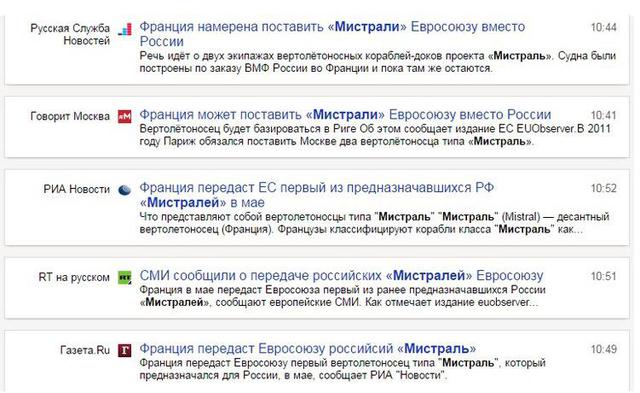 The Kremlin media were cruelly played today by the European EUObserver with the help of the article "France is selling Mistral to the European Union."

The text contains so many "thick hints" that any attentive reader can not fail to notice them.

However, for the journalists of Russia Today, RIA Novosti, Gazeta.ru, and so on. Reality has long since become an alternative category, and they have swallowed the bait. EUObserver reports that the ships that used to be destined for Russia and were named "Sevastopol" and "Vladivostok" are supposed to be called "Junker" and "Moherini" in honor of the Eurodiplomats Jean-Claude Juncker and Federica Magerini. 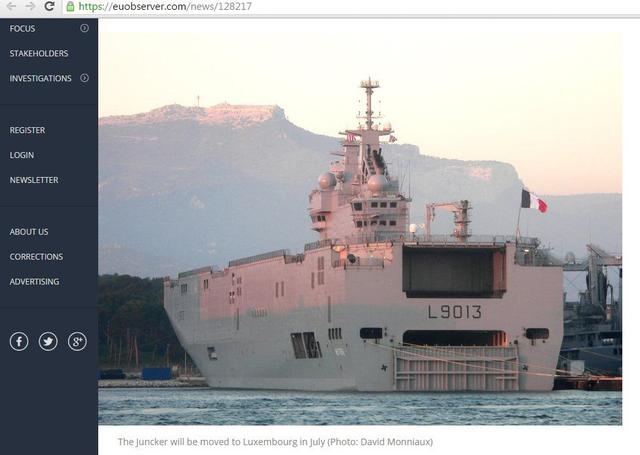 Further journalists openly sneered: "Junker" will move to Luxembourg in July (the state does not have access to the sea), and "Mogerini" - to the island of Lampedusa in the native for Federica Mogerini Italy, where a super-modern helicopter carrier will catch illegal migrants.

The text scattered a lot of "hints" - from a team of British cooks to "triples" of representatives of the European Union (troikas - direct greetings to the totalitarian USSR). The comic news spread so widely that EUObserver was forced to give an official refutation.

March 7 : The day will bring a relaxed mood, enhance creative inspiration. Try to avoid laziness and self-indulgence. It is better to spend an evening in the environment of a family, close people, it will raise mood, will allow to feel self-confidence.
March 8 : This day can bring unrealistic expectations and excessive optimism. Try not to make promises, as fulfilling them can be more difficult than you think. But think positively - after all, thoughts and words on this day will have a special power and can easily materialize in reality.
March 9 : This day will bring a feeling of own strength, influence. This is a good time for training willpower. Increased passion, magnetism, now is a good time to show their sexuality, sensuality. The day will be favorable for new romantic acquaintances, meetings.