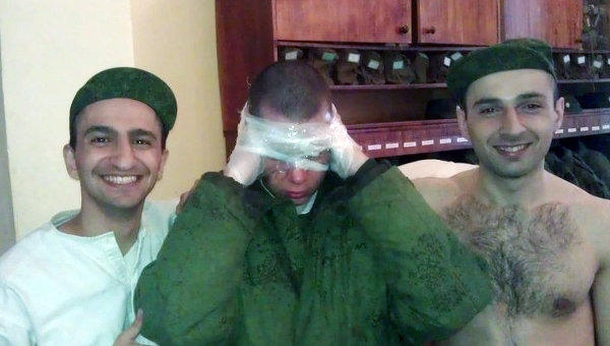 Hazing is exacerbated by national hatred within the army, by Caucasian and other fellow countrymen. Partly because of such an army during Putin's reign, more than 1 million people (mostly Russians) left Russia forever. And they took their children with them.

Anton Porechkin. Athlete, member of the team of the Trans-Baikal Region in weightlifting. Served on the island of Iturup (Kuriles), military unit 71436. October 30, 2012 at 4 month of service, beaten to death by drunken grandfathers. 8 strokes with a sapper shovel, little left of the head. 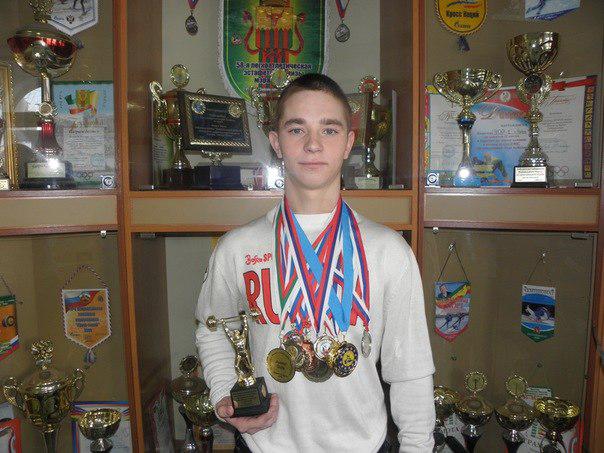 Ruslan Aiderkhanov. From Tatarstan. He was drafted into the army in 2011, served in military unit 55062 in the Sverdlovsk region. Three months later he was returned to his parents in a coffin. There were marks of beatings everywhere on the body, an eye was broken, limbs were broken. According to the military version, Ruslan himself inflicted all this on himself when he tried to hang himself on a tree not far from the unit. 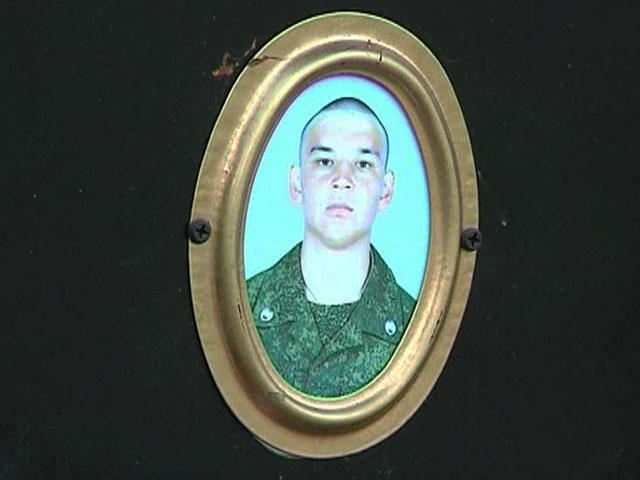 Dmitry Bochkarev. From Saratov. August 13, 2012 died in the army after many days of sadistic bullying by fellow Rasulov Ali. The latter beat him, forced him to sit for a long time on his half-bent legs with arms outstretched forward, striking in case of a change in position. Same way, Sergeant Sivyakov mocked the rank-and-file Andrei Sychov in Chelyabinsk in 2006. Sychev was then amputated both legs and genitals, but he remained alive. Ali Rasulov went further. Before the army, he studied at a medical school, so I decided to practice as a doctor in Dmitriy: I cut out a cartilaginous nasal tissue from his nose with a manicure scissors, damaged during the beatings, sewed the left ear with rifles and a thread. 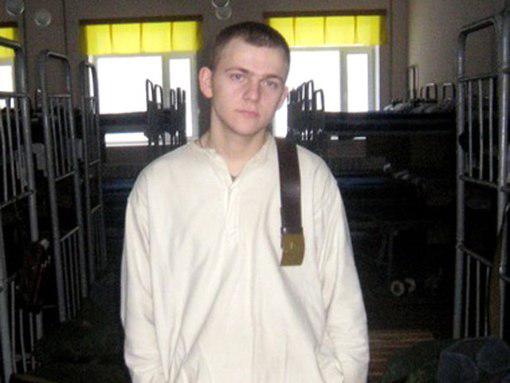 "I do not know what came over me, I can say that Dmitry irritated me by not wanting to obey me," Rasulov said at the trial. Taking into account the fact that he spent 1.5 months on sadistic experiments on the victim and tortured her to death, the sentence of the Russian court Rasulov should be considered ludicrous: 10 years in the colony and 150 thousand rubles for the parents of the murdered person. Compensation type. 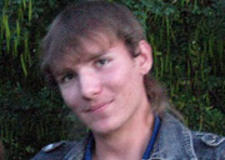 Alexander Cherepanov. From the village of Vaskino, Tuzhinsky district, Kirov region. He served in military unit 86277 in Mari El. In 2011, he was brutally beaten for refusing to put 1,000 rubles. On the phone to one of the grandfathers. Then he hanged himself in the back room (according to another version - hanged by the dead in order to imitate suicide). In 2013, on this case, I would be sentenced to 7 years of age. Sergeant Peter Zavyalov. But not for murder, but for articles "Extortion" and "Excess of official authority."

Nikolai Cherepanov, the soldier's father: "We gave this son to the army, but we returned him to this ..." Nina Konovalova, grandmother: "I became a cross on him, I see he's covered in wounds, bruises, bruises, And the head is all broken ... "Ali Rasulov, carving cartilages from the nose of Dima Bochkarev did not know" what came over me. "And what did Peter Zavyalov, who scored 1,000 rubles in the army of another Russian guy - Sasha Cherepanov? 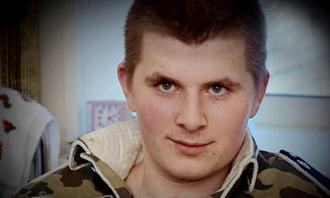 Roman Kazakov. From the Kaluga region. In 2009 Rookie 138-th motorized rifle brigade (Leningrad region) Roma Kazakov was brutally beaten by contract soldiers. But apparently overdone. The beaten unconscious. Then they decided to stage an accident. The soldier, they say, was asked to repair the car, and he got into the garage from the exhaust gases. Roman put in a car, closed in the garage, turned on the ignition, to guarantee the car was covered with a tent ... It turned out gaswagen.

But Roman did not die. Poisoned, fell into a coma, but survived. And after a while he spoke. Mother 7 months did not depart from her son, who became disabled ... 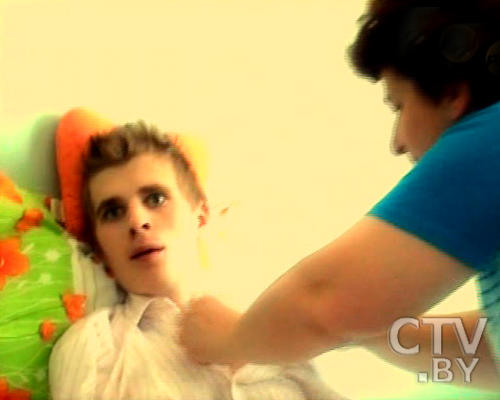 Larisa Kazkakova, the soldier's mother: "In the prosecutor's office, I met with Sergei Ryabov (this is one of the contract soldiers), and he said that I was forced to beat the soldiers-recruits." Combat Bronnikov repulsed my hands with a ruler, I tried, the conviction was not repaid before 2011, I could not do otherwise, and had to carry out the order of the battalion commander. "

The case was closed, the information about the hematomas disappeared from the soldier's medical records, the car (evidence) was suddenly burned out in a month. The contract workers were fired, the battalion commander remained to serve further. 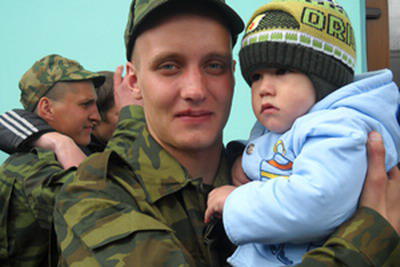 Roman Suslov. From Omsk. Called to the army on May 19, 2010. The photo below is made at the station before boarding the train. He had a son of a year and a half. To the place of service (Biikin, Khabarovsk Territory) did not reach. May 20, told the family in the SMS about bullying on the train from the side of the officer and warrant officer who accompanied the recruits. On the morning of May 21 (on the second day in the army) he sent SMS: "They will kill me or leave me disabled." May 22 - hanged himself (according to the military). There were signs of beating on the body. Relatives demanded a second examination of the causes of death. The military prosecutor's office refused. 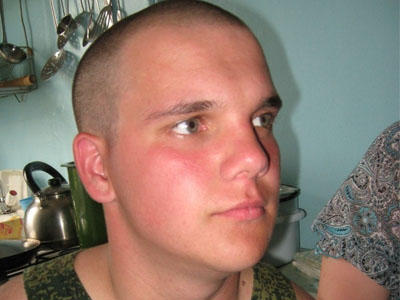 Vladimir Slobodyannikov. From Magnitogorsk. He was called up in 2012. He served in military unit 28331 in Verkhnyaya Pyshma (in the same place in the Urals). At the very beginning of the service he interceded for another young soldier who was mocked. Than caused fierce hatred of grandfathers and officers. On July 18, 2012, two months later, I called my sister in the army and said: "Valya, I can not fight anymore, they'll kill me at night." So the captain said. " The same evening I hanged myself in the barracks. 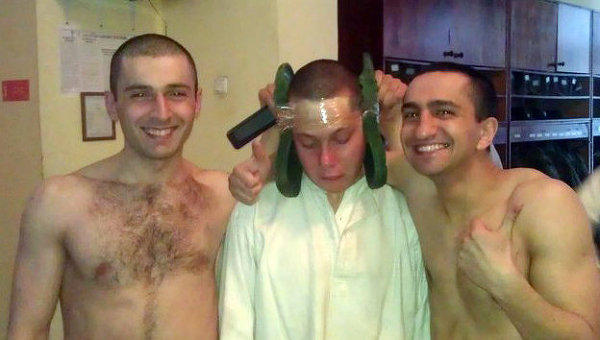 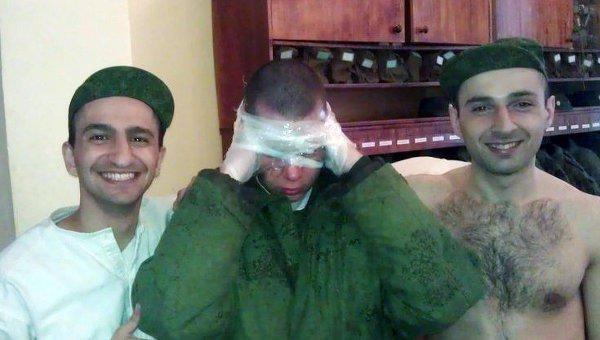 Unlike the Caucasians, the Russians, as always, are atomized. Not-solidary. Rather, they themselves will mock the younger call, than help someone with the lawlessness of national minorities. Officers, too, behave like they did in the Tsarist army. "Dogs and lower ranks are not allowed to enter" hung plaques in the parks of Kronstadt and St. Petersburg, ie. Officers did not seem to regard themselves and the lower classes as one nation. Then, of course, the sailors, without regrets, drowned their nobility in the Gulf of Finland and cut them into pieces in 1917, but what has changed? 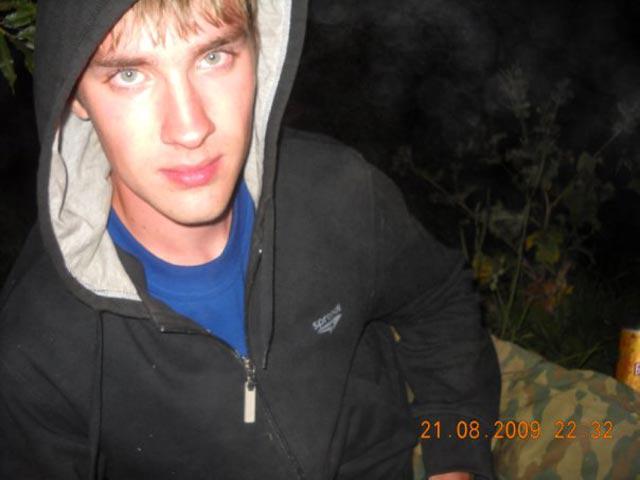 Vyacheslav Sapozhnikov. From Novosibirsk. In January 2013, he threw himself out of the window of the 5th floor, unable to withstand the bullying by the Tuvinians in the military unit 21005 (Kemerovo region). The Tuvinians are a small people of the Mongoloid race in the south of Siberia. The current Minister of Defense of Russia Shoigu SK. - also from Tuva. 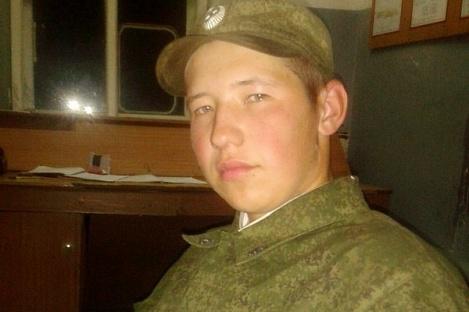 Ilnar Zakirov. From the Perm region. January 18, 2013 hanged himself in the military unit 51460 (Khabarovsk Territory) could not stand many days of bullying and beatings.

Sergeant Ivan Drobyshev and Ivan Kraskov were arrested for bringing to homicide. In particular, according to military investigators: "... Junior Sergeant Drobyshev from December 2012 to January 18, 2013 systematically demeaned the human dignity of the deceased, repeatedly applied to him physical abuse and made illegal demands for the transfer of funds."

Systematically, he humiliated the human dignity of the deceased. The system is such, means, what can you do. The army is only a special case of general lawlessness in the country.

This is the army of Serdyukov-Putin.

Here such creatures also have attacked Ukraine. Well, let rassia is proud of her heroes ...