Who fired a stop in Donetsk. Investigating users of social networks 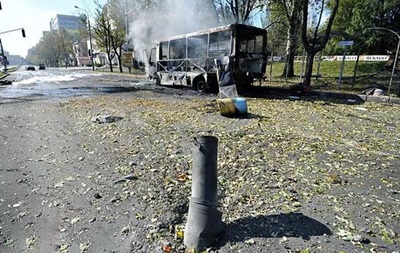 According to the scheme composed by users, the projectile was released from an area where there is no Ukrainian army.

Users of the social network on the photo, which depicts a projectile that destroyed the stop, determined where the shot could be made from. The corresponding geolocation scheme was published in the social network.

Users on the angle of inclination of a projectile stuck into the ground determined the approximate direction of launch. 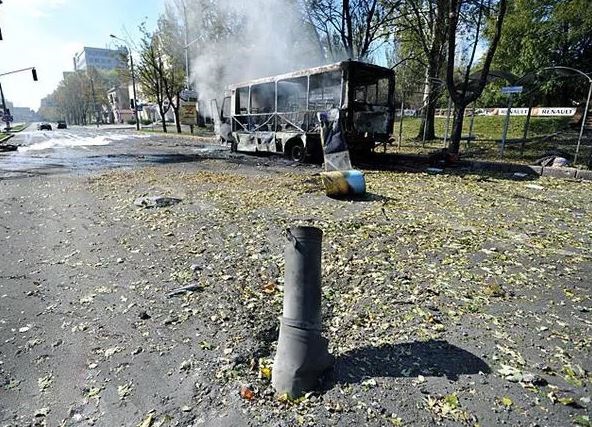 The diagram shows that the projectile, presumably, was launched from the Kuibyshev district of the city. As you know, the Ukrainian army controls only the airport, in Donetsk itself there are no ATO siloviki. Accordingly, users assume, the shot was made by the separatists. 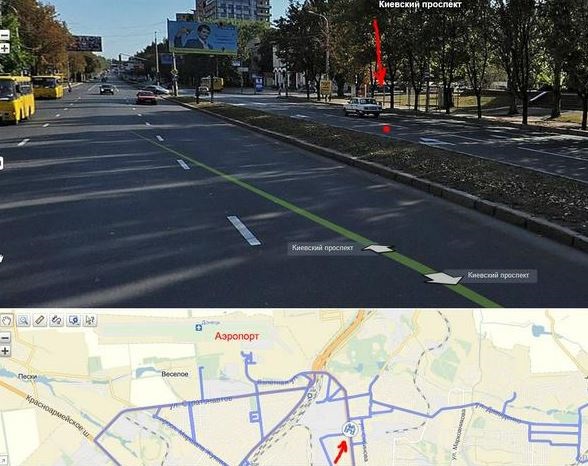 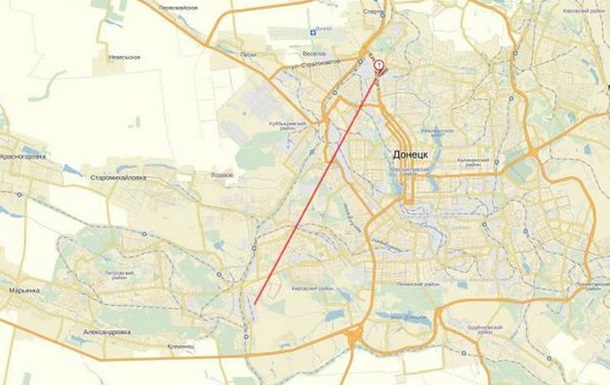 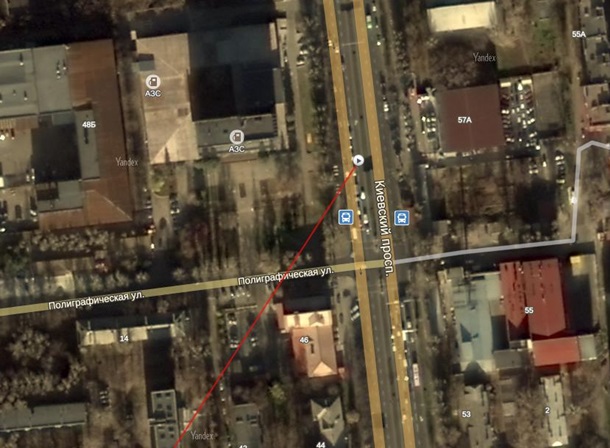 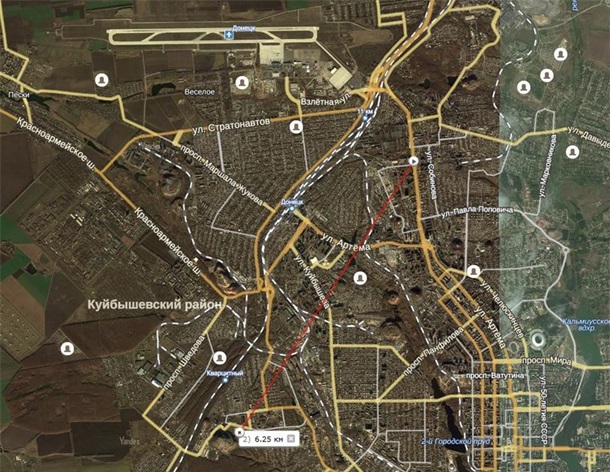 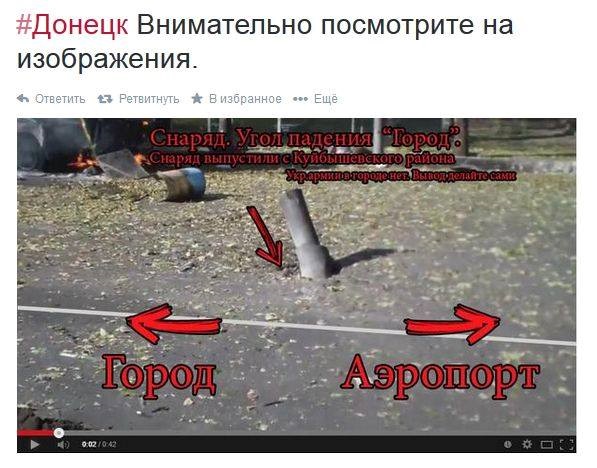 Close to the Petrovsky district adjoins the village of Marinka, occupied by Ukrainian security forces. Therefore, other users claim that the shot was taken from there. According to them, 22 kilometers - just the minimum range for shells of volley fire. But seven kilometers for the fall of a projectile such as "Tornado" is clearly not enough.

Today in Donetsk, at the intersection of Kievsky Prospekt with Polygraphic Street, a shell hit the stop. As a result of the explosion, six people were killed, one was wounded.

At the same time, according to the press service of the Donetsk Regional State Administration, in the Kiev area of ​​the city, separatists from the Grad rocket fire system fired upon the general school # 57.

As a result of the explosion, four people were killed, eight more were injured of varying severity, seven of them were taken to hospitals. As reported, among the students there are no victims. 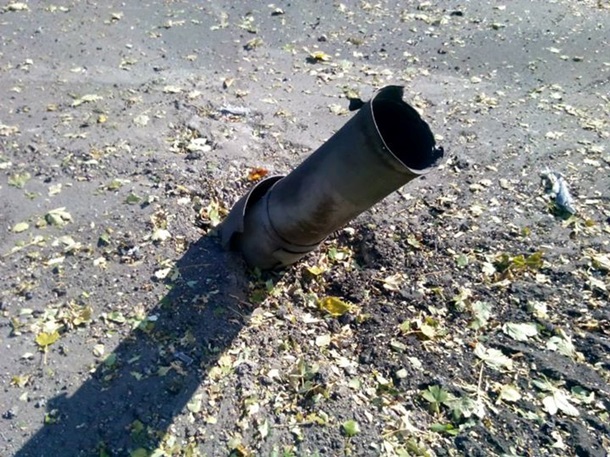 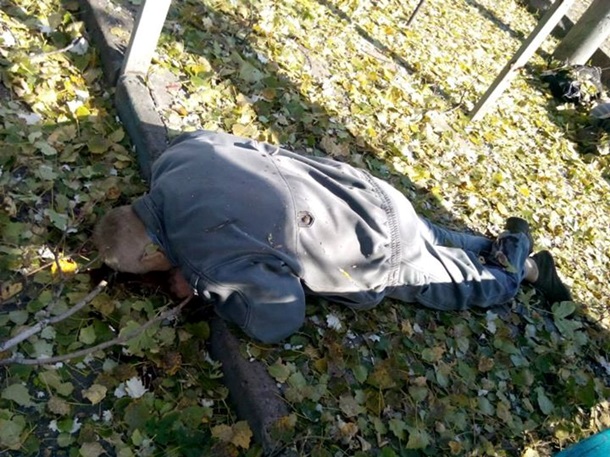 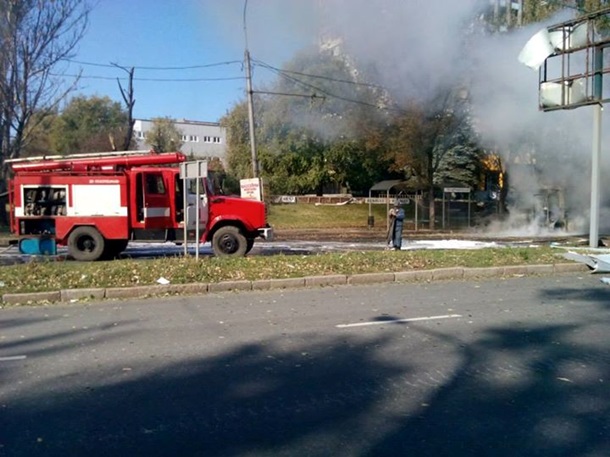 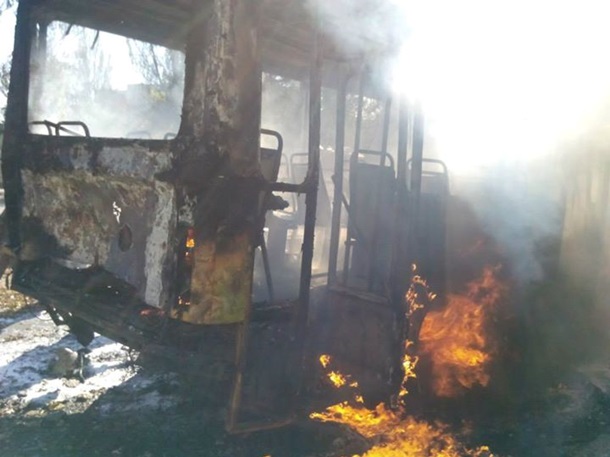 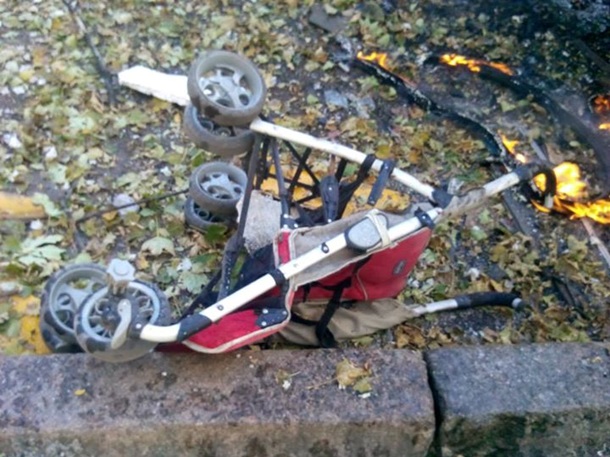 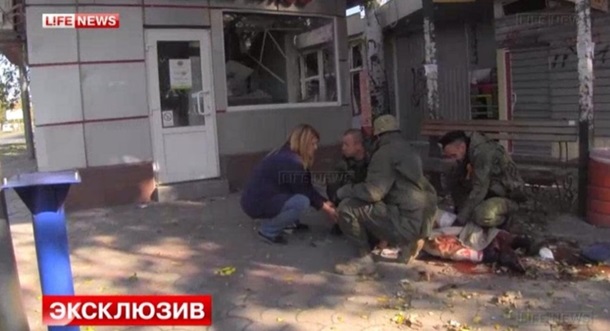 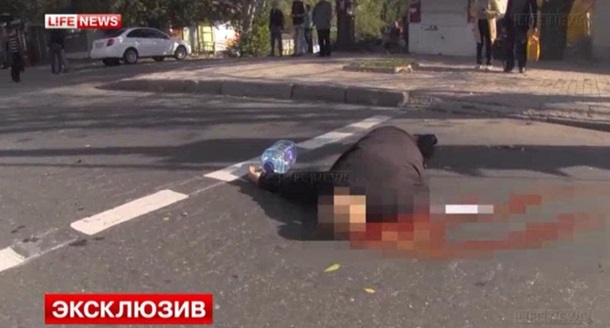 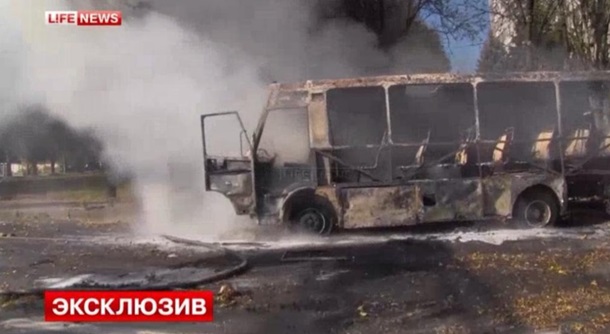 18+ ATTENTION! Videos and photos contain shocking shots. It is not recommended for people under the age of 18, pregnant women and people with a weak psyche to be viewed.