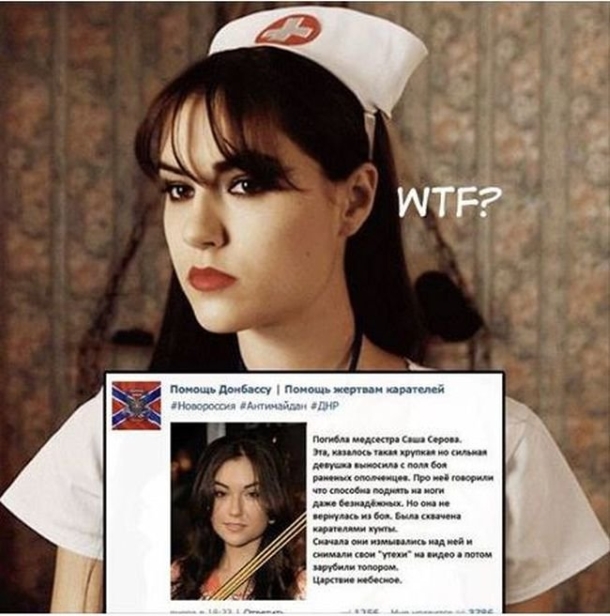 Remember the post about an evil experiment on users of "Schoolmates", now the story will be continued.

Feykovye news she said pro-Russian propaganda, but in fact it is an injection of news is commonplace.

Sasha Grey says that propaganda has gone too far, spreading the news of her death during a military conflict. People die and lose their family members, and it's just a mockery. 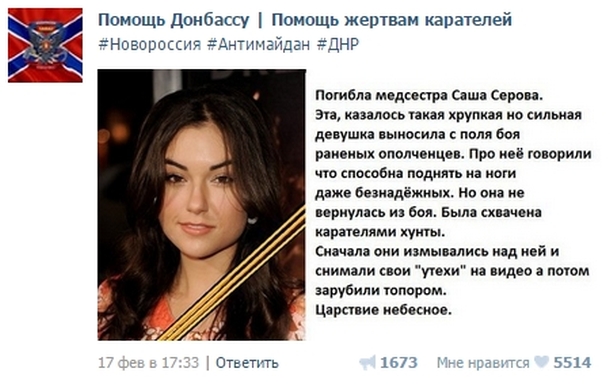 Own the actress comments

I <3 my Russian fans, but this propaganda takes it too far. News that I was a NURSE killed in the Russian / Ukraine conflict. #fuckpropoganda

People are dying. People are losing family members & BS outlets mock the deceased with Fappery like this

March 3: During the day, should not take hasty decisions, as you can see the situation is much more optimistic than it actually is. At the same time the day is favorable for communicating with loved ones, short trips, walks. The probability of success in creative activity. Successfully will develop a speech to a large number of people, presentation.
March 4: This day will bring a significant increase in intuition, that is especially noticeable in dialogue - Now you can easily predict what your interviewee will say in the next second. Day is fortunate for any kind of intellectual creativity, music lessons, psychology. In the first half of the day it is not recommended to plan important initiatives - it is better to devote time to rest, afford to sleep a little longer than usual, to the same dream in the morning promises to be bright and interesting.
March 5: Good day to act according to a predetermined plan, to carry out his plan earlier. At the same time likely internal doubt throughout the day. Communication can be folded too emotional. Fear is deception, care should be taken during short trips. Find a time and in order to do something nice for you to have fun.