Flag of Ukraine on the Moscow skyscraper 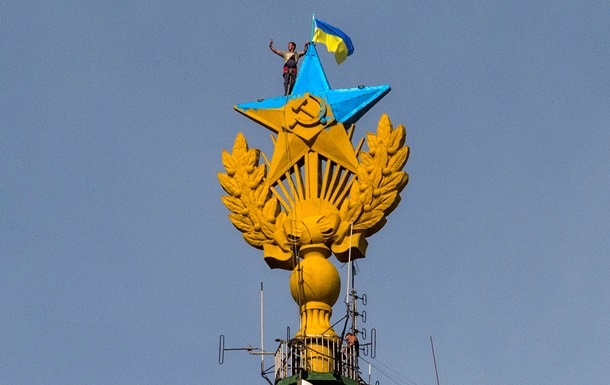 On the high-rise in Moscow, unknown people hung out a Ukrainian flag.

In Moscow, unknown people hung out a Ukrainian flag on the spire of Stalin's high-rise on Kotelnicheskaya Embankment.

In social networks, there are photos that show that unknown people also painted half the star that crowned the skyscraper in blue. 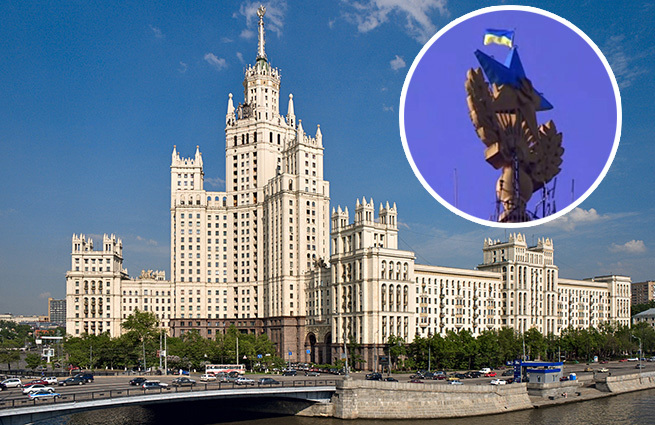 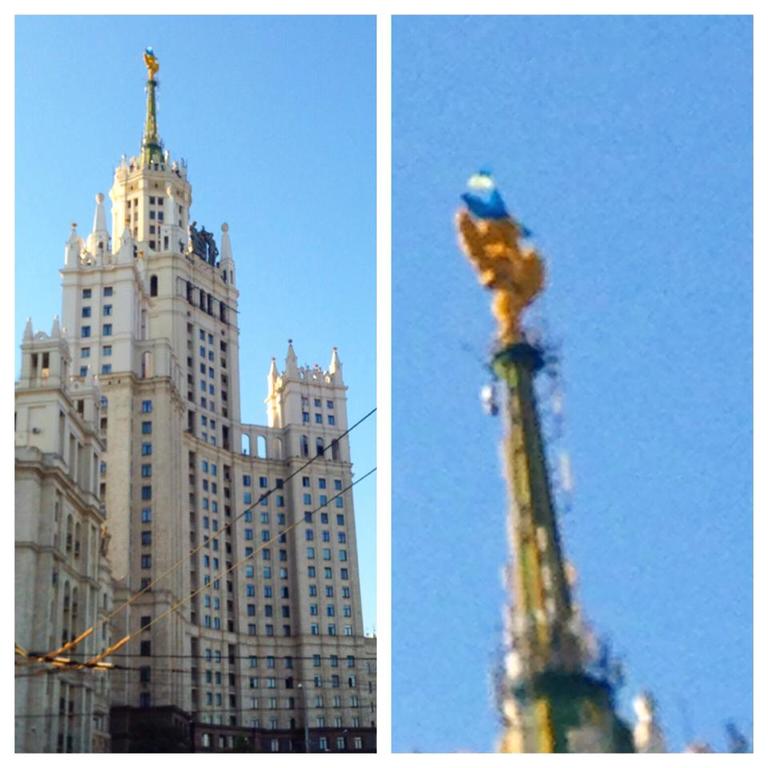 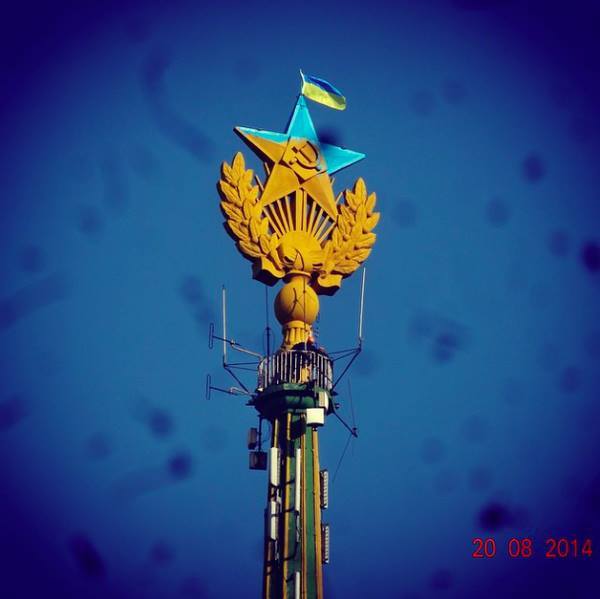 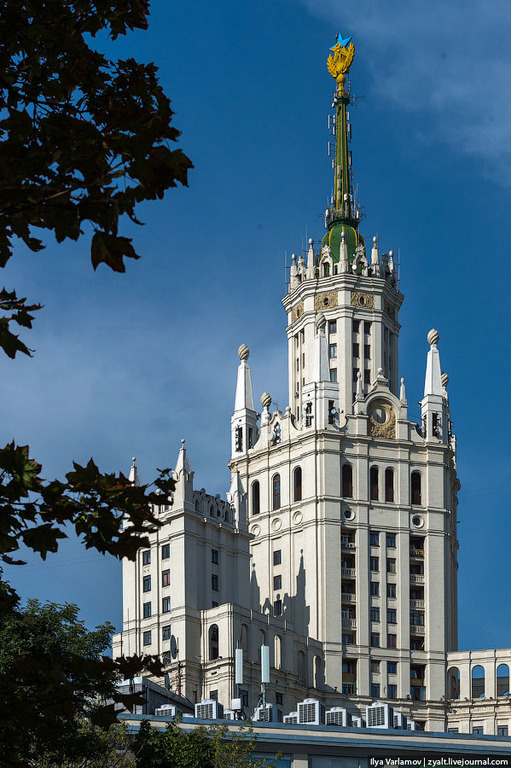 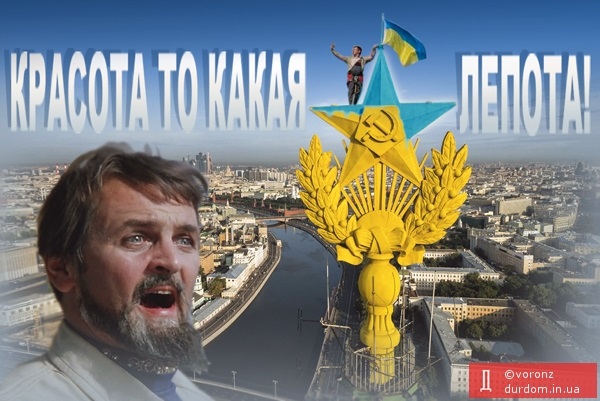 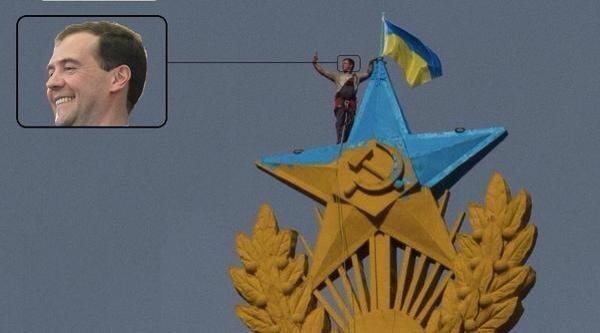 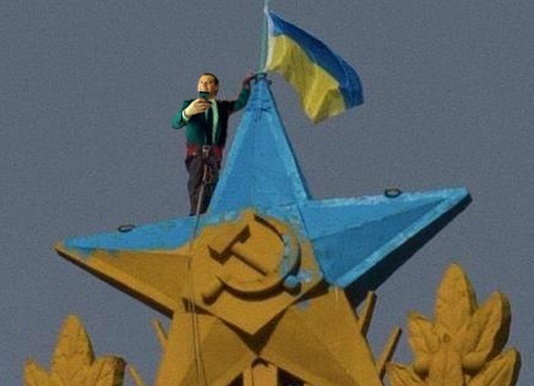 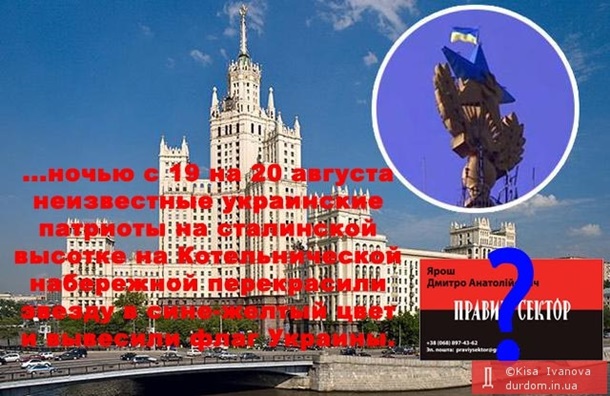 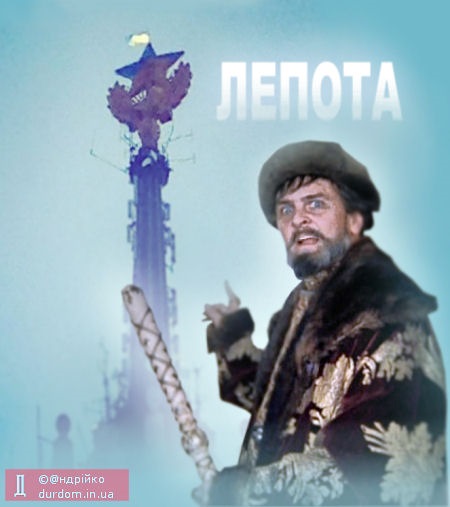