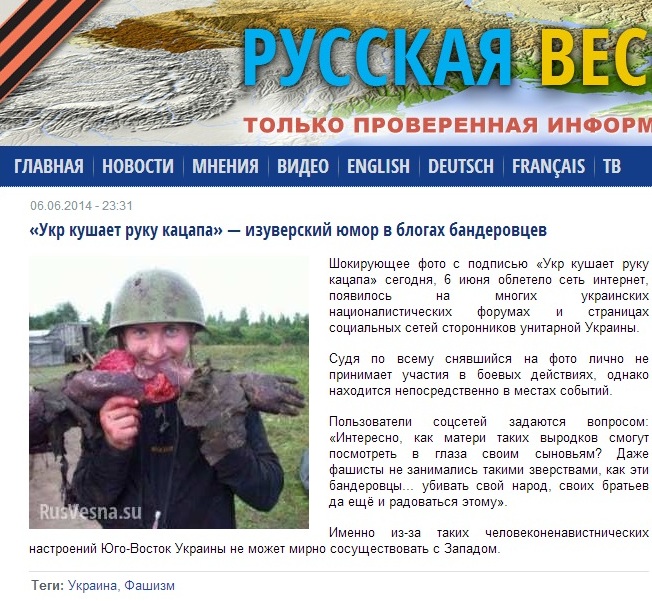 On June 6, Rusvets appeared on the portal of news that blogs and social networks of "Bandera" spread a photo, which depicts a Ukrainian, allegedly eating a Russian hand.

This is twice the fake news: firstly, there is no such photo in the blogs and Ukrainian communities of the "Right Sector", "EuroMaidan" and others related to the events of the last half-year.

And in the news itself there is no reference to the source, that is, it is not specified in which blog or community this photo allegedly appeared.

And in social networks the image from Rusvesna's portal spread, as evidenced by the inscription on the photo in the lower left corner of RusVesna.su. 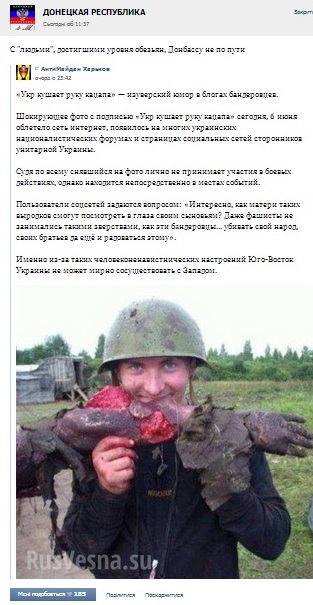 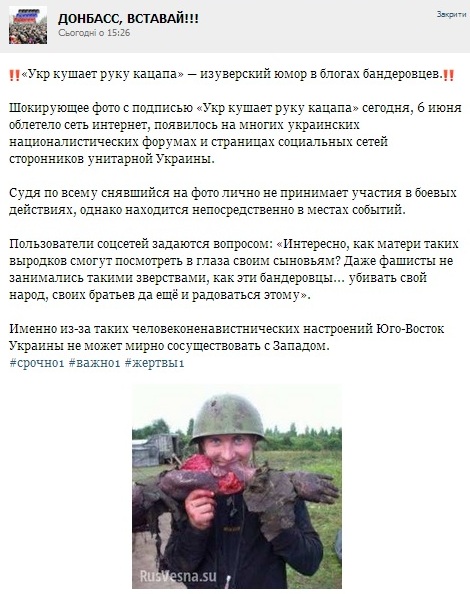 Secondly, this is a photo from the filming of the 2008 Russian fantasy film "We are from the Future".

The picture can be seen VKontakte in the album of the user Maxim Mack, who worked as an artist-requisitor on the set of the movie "We are from the future." 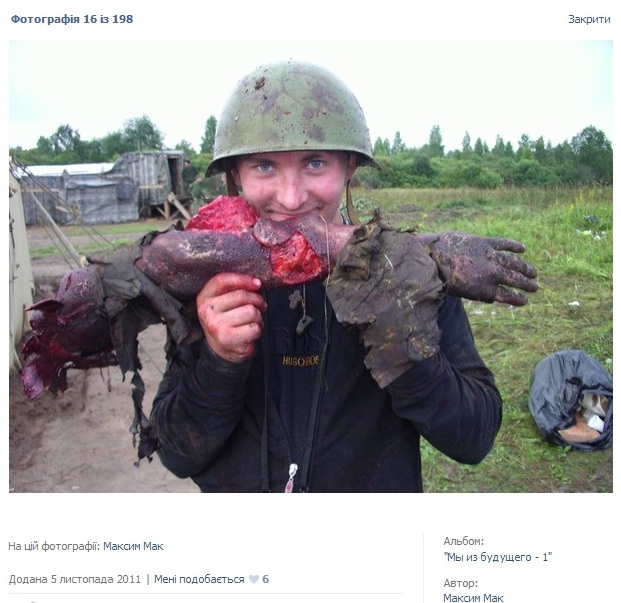 The fact that the hand that the man holds near his face is a dummy, and the man himself is an artist-requisitor, other photos of Maxim from the same album testify.

They can be seen as Maxim and his colleagues painting the body parts. 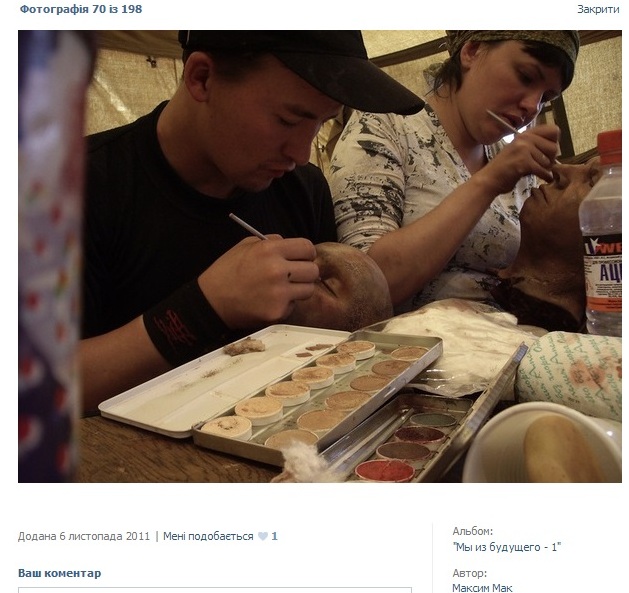 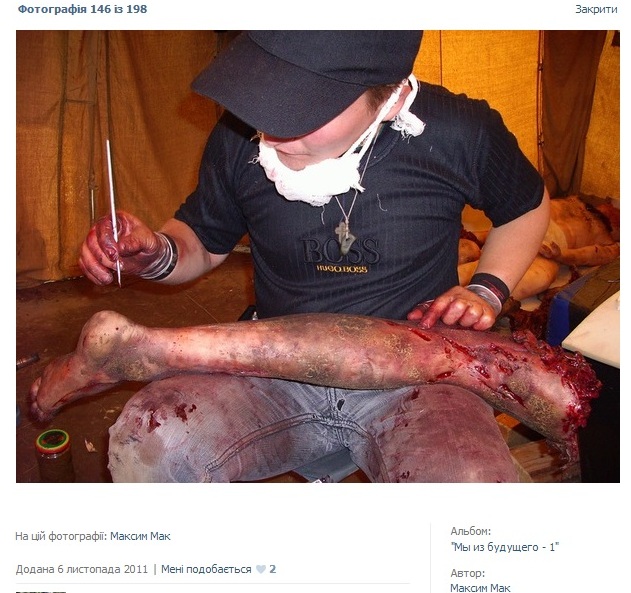 "We are from the future" is a fantastic film of 2008 about time travel, shot by Andrey Malyukov.

The premiere in Russia and the world premiere took place on February 21, 2008.

The action of the picture takes place first in our days, and then carried over to the war years, during the heavy defensive battles of August 1942.

For the shooting of military battles, bloody dummies were needed, which can be seen in the album of Maxim Mack. 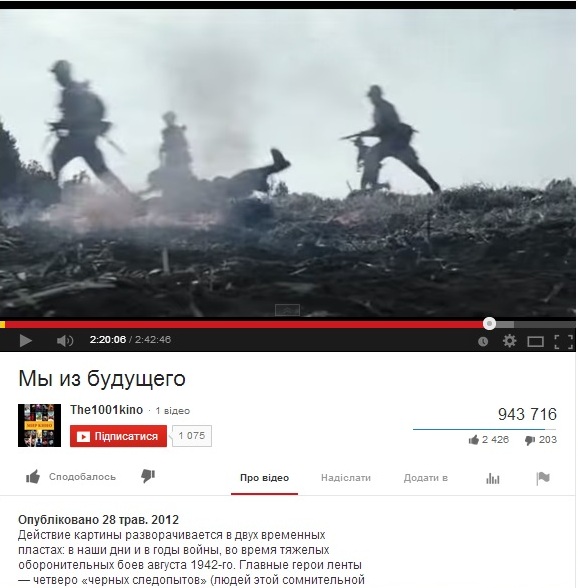