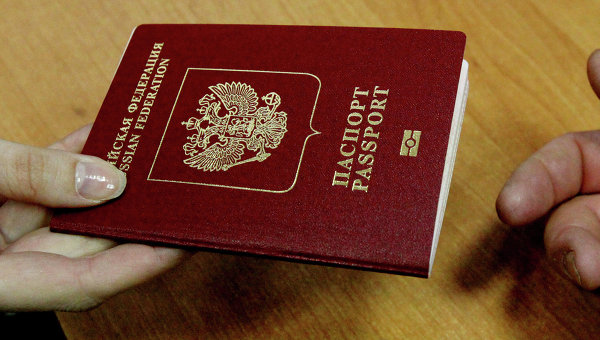 This is reported by the press service of the Cabinet.

Arseniy Yatsenyuk said that the government adopted a decree on stopping the operation of certain provisions of the Agreement between Ukraine and the Russian Federation on visa-free travel of Ukrainian and Russian citizens: "We are taking out an internal passport and a birth certificate as the basis for crossing the Ukrainian state border."

The regulations on the remaining documents of the citizens of the Russian Federation specified in the bilateral Agreement for entry into the territory of Ukraine, for example, diplomatic and service passports, remain in force.

This step, stressed Arseniy Yatsenyuk, will significantly strengthen the control at the border and ensure the interests of Ukraine's national security.

The Head of the Government instructed the State Migration Service of Ukraine, together with the State Border Service, to put on hold the term of stay of Russian citizens who arrived in Ukraine: "The Security Service of Ukraine appropriately receives additional information on the number and surnames of citizens of the Russian Federation crossing the border."

It is also noted that he appealed to the Ministry of Foreign Affairs to inform Russia about the suspension of certain provisions of the Agreement on visa-free travel of Ukrainian and Russian citizens.

Arseniy Yatsenyuk also noted that the agreement on small border traffic with the Russian Federation does not comply with European standards: "We have clearly defined the zone and limits with our European partners, we issue a registration certificate for every citizen who can enjoy the privileges under the Small Frontier Movement Agreement."

In addition, the Prime Minister appealed to the Ministry of Foreign Affairs together with relevant departments on Wednesday to introduce a draft decision on bringing into compliance with European standards the Agreement on small border traffic with the Russian Federation.

He recalled that before February 15, the State Migration Service of Ukraine should establish 606 terminals for issuing biometric passports for Ukrainian citizens: "This issue is under special control of me and the whole country." Arseniy Yatsenyuk instructed to ensure the establishment of these terminals, "so that people can freely obtain passports and use them both for travel to the member states of the European Union and other countries."

During the meeting, the Chairman of the State Border Guard Service of Ukraine Viktor Nazarenko said that in 2014 the agency did not allow 46,834 foreign nationals to cross the state border, of which 15500 are citizens of the Russian Federation: "This year, we did not miss 2,895 citizens, 432 of them Russian citizens On the instructions of law enforcement agencies, we detained 318 citizens who may have been implicated in terrorist activities. "