In Russia, they may accidentally ban ... the Russian flag. PHOTO 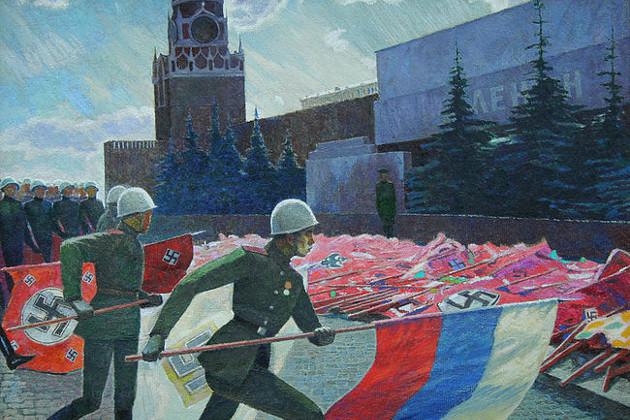 Tricolor (then ROA, not Russia) is thrown to the base of the mausoleum. © Painting of the Soviet artist

The State Duma of the Russian Federation adopted in the second reading a bill introducing penalties for "public demonstration of symbols or attributes of organizations that cooperated with fascist movements and organizations."

The corresponding message is published on the official website of the Russian parliament. The final, third reading will be held today, October 22, reports by24.org.

The bill was submitted to Russian parliamentarians by his direct author, Deputy State Duma Speaker and member of the United Russia faction Sergei Zheleznyak, who, of course, focused on events in Ukraine.

In the South-East of Ukraine, the destruction of civilians continues, in which followers of the ideology of Stepan Bandera are taking part, and neo-Nazis arrange torchlight processions around the cities of the country, Sergei Zheleznyak outraged. - And the official authorities in Kiev actually signify their unscrupulousness, in fact supporting the Nazi ideology.

The Vice Speaker of the State Duma referred in this case to the recent decision of the President of Ukraine Petro Poroshenko, who decided to cancel the holiday invented during the Soviet occupation on February 23, and the new, Defender of Ukraine Day, to celebrate October 14 - the day of the Protection of the Blessed Virgin, considered the patroness of Ukrainian soldiers. Also on this day, the UPA was officially established - the Ukrainian Insurgent Army, which fought against both the Soviet occupiers and the fascist Germans. By the way, the fact that the Nuremberg International Tribunal at one time fully justified both the UPA and the leader of Ukrainian patriots Stepan Bandera, Sergey Zheleznyak modestly kept silent.

He kept silent that according to the logic of things, the first to be punished by a new law providing for a "public demonstration of the symbols and attributes of organizations cooperating with the fascists" in the form of a large fine or arrest for up to 15 days ... all those who Uses the present official tricolor flag and the state emblem of the Russian Federation.

The fact is that during the Second World War (in Russia it is called the "Great Patriotic War") the white-blue-red tricolor, now the national flag of the Russian Federation, was the official symbol of the ROA - the Russian Liberation Army under the command of General Andrey Vlasov, defector On the side of the Nazi troops from the Soviet army. In all the headquarters of the ROA, the present Russian flag hung next to Hitler's portrait and a Nazi banner with a swastika, and the "Russian Liberation Army" itself was called in Germany "Eastern Legion SS". In military operations against the army and the civilian population of the USSR, Vlasov soldiers were marked by such brutality that the Nazis gladly entrusted them with all the dirtiest work, in particular punitive operations against civilians. 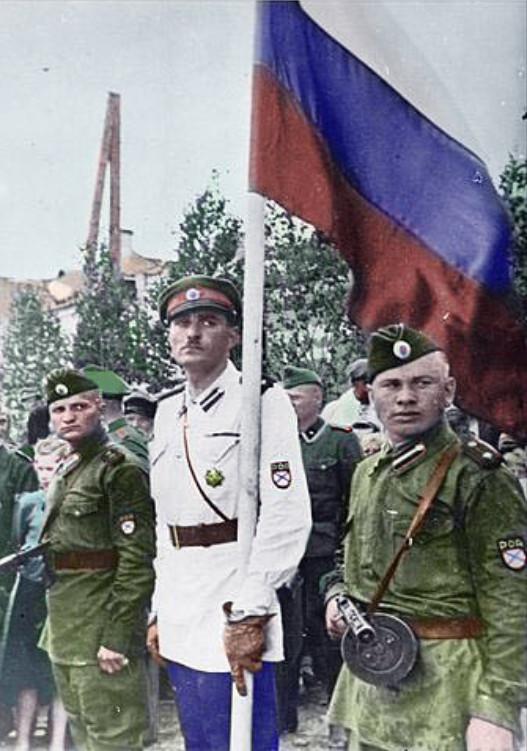 The use of the white-blue-red flag of the ROA that fought on the side of the fascists is very easy to prove: it is confirmed by many historical documents, and in some museums the tricolor canvases themselves were preserved. One of them, by the way, is captured in the famous Soviet painting, where soldiers of the Red Army throw trophy Hitler banners at the foot of Lenin's mausoleum. Mentioned the relevant fact in the " Wikipedia ". 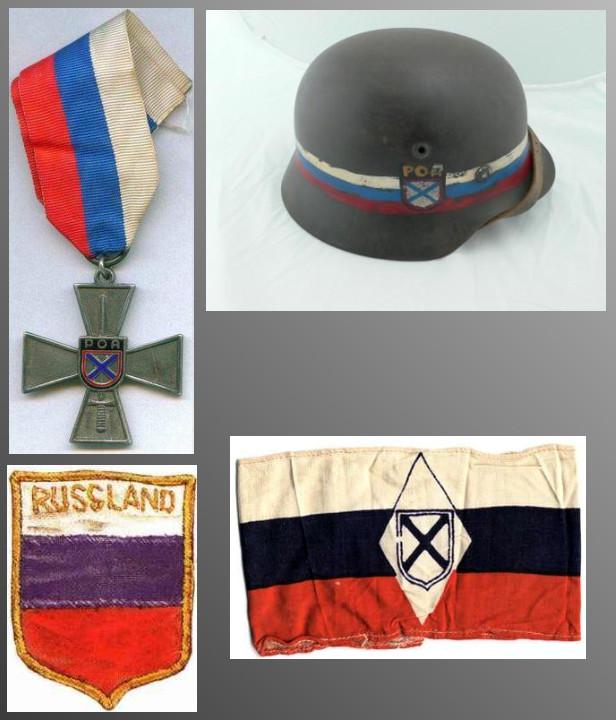 Thus, the state flag of the Russian Federation under the new law adopted by the State Duma, according to all the logic of things, should get automatically.