Tricks and Inventions ... Business on the imprints of ...

Business on fingerprints of children's pens and legs, 3D compositions of lovers' hands.

It is possible to leave a trace in the history or an imprint on the Walk of stars only for the chosen ones. 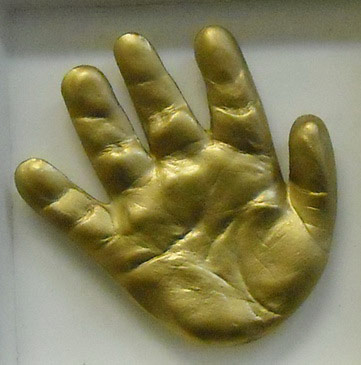 All the others left their tracks a little differently: probably, at least once in their childhood they enthusiastically penciled their palm with rapture. After all, it is so nice then, comparing the original with the historical image to notice the grown millimeters. And how this fun touches parents - do not describe it with a pen! But the treasured papers are lost. And tell the grown up 30-year-old \ "baby \", which \ "tiny and plump you had a pen \", it remains only in words.

Now there is a way out!

You can get a copy of your hand to hang it on the wall or bequeath to your descendants! However, as well as earn on the desire of a person to leave traces. After all, such souvenirs, which are in demand in the West, are also in fashion in Russia.

My name is Rishat, and today I will tell you the idea of ​​one very profitable and profitable business. My cousin Andrey's cousin often went abroad, and one day she visited her friend in America and saw the following composition: a cast of a palm and legs of a three month old baby were placed in a beautiful frame frame, in which was his photo and all the data on his birth. 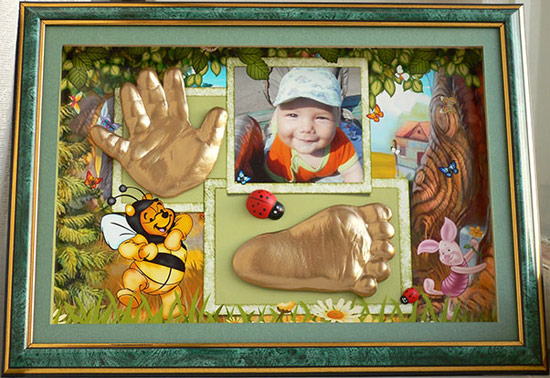 The girl's affection for this miracle of work was unlimited. Arriving in Russia, she told us about this for a very long time, and most importantly, she brought a few photos so that Andrei could see with his own eyes. Indeed, despite the fact that men have less stormy reactions to these things, he was delighted! Imagine your child ten years old, and you give him the opportunity to admire copies of his legs and pens, which were very small when he was only 3 months old!

Only after thinking about it, it dawned on Andrei - demand creates supply! Demand is there, or it is very easy to create - it's only necessary to show such a composition to moms, aunts or grandmothers, as they immediately want to buy a miracle for their kids! But where is the offer ?! This market is free! Without thinking for a long time, Andrei asked his sister to contact a friend from America and ask her to find out the coordinates of the company that provides this service and how to redeem this technology.

At this moment, business, as I now imagine it, could end, never having begun. The girlfriend completely refused to help in this matter, explaining her refusal with some kind of stupidity.

Two weeks later Andrei asked me to contact her again, but then I wanted to talk to myself, and not with her, but with her husband. Her husband turned out to be a very polite, business man. He agreed to help, Andrei exchanged electronic addresses with him, and began to wait. Upon the coming of the week, he wrote a letter, the most important of which was the following:
"... Andrew, they agreed to sell the technology for $ 10,000 ...". After reading this letter, he did not find a place for himself, on the one hand he was worried by great prospects of earning, a good demand for this service, at last he could start making big money . On the other hand, investments of $ 10,000 were not real for me. And what did he do? He found money, offered to invest in part, we acquired the technology of making casts and other compositions.

As soon as the technology was available for us, we began to work miracles. The most magnificent, but we did not know this until the last moment - profitability from 500% !!! 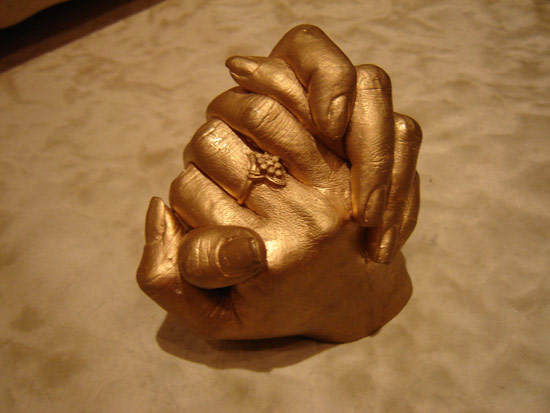 Advertising models were ready, Andrew thoroughly prepared for this business. We worked out the methods of distribution of the service. For the first week I received orders for 12 songs !! This has nothing to do except pictures! The cost of one impression is 650 rubles, the frame usually consists of a pen and a leg, the total cost, taking into account the design, is 1,700 rubles, of which almost 1500 are clean! And with every week on the increasing number of orders: the word of mouth is working, the experience has appeared of promotion, examples of compositions. All this gives a big push to this business. 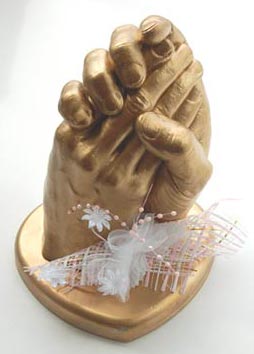 Our customers are mostly young parents, grandparents . The main direction is, of course, goods for children. Very often, the casts are ordered for the newlyweds, heads of enterprises, sportsmen, artists. The president's program to provide financial assistance at the birth of a second child can spur the success of the enterprise. Today parents began contacting us, who made an order for the firstborns a year or two ago.

Parents are so keen on creating a gallery of the casts of the handles and legs of their baby that they want to have a collage with casts of the whole family, including pets. In the end, it's true, compositions are obtained almost on the scale of Tsereteli's creations (such a composition, even covered with gold leaf, can cost the client almost $ 1 thousand). By the way, prints of traces of pets are not so rare. Most often they are ordered by the owners of dogs of decorative breeds.

However, ordering your own trail is becoming an increasingly fashionable phenomenon. For example, they order for example the hands of newlyweds in rings and even the casts of their own particularly beautiful parts of the body (say, breasts). People with abundance prefer casts of hands in full size in gold execution.

We have been doing this for almost two years. The money spent on the purchase of technology has been successfully and long paid off, and has earned many times more. Sam, stumbled upon this site, I thought, why not also help people with this type of business?

Write, I will be glad to talk about this business as much as possible, and help organize it in your city.
ICQ 481-107-376
E-mail [email protected]
Rishat.

Success in all your endeavors.