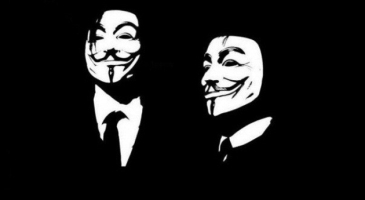 Developers provide the user with a wide range of ready-made solutions that can provide the required level of security.

Against the backdrop of regular scandals around the total surveillance of the services by users using popular services such as Google, Facebook and even Angry Birds, the issue of anonymity on the Web has risen sharply.

But thanks to the efforts of activists who defend their rights to anonymity on the Web, not only special protected Tor browsers appeared, but also entire operating systems, in particular: Tails, Whonix and Liberte Linux .

Whonix is a Linux-based operating system consisting of two separate virtual machines, one of which, the workstation, plays the role of a normal operating system, and the second works as a gateway between the Network and the workstation. Virtual machines are connected through an isolated tunnel channel, and the Internet connection is realized only through anonymous Tor network.

Such solutions allow you to cut off spyware programs that even get into the operating system, are locked inside the workstation without the ability to transfer data to the network, because the workstation does not know the external ip-address.

As the developers themselves assure, Whonix has passed all possible leak tests perfectly, but nevertheless warns that protection is not absolute. However, according to many experts, it is quite sufficient to meet even very high requirements.

A significant disadvantage of the system is the need to support two separate virtual operating systems at once, and setting up the system will require time and skills.

The operating system Tails was recently presented in version 1.0, having passed a long way of testing and optimization in the "zero" versions. In the case of version 1.0, the user is provided with a Linux system with built-in protection mechanisms, including the Tor system, cryptographic utilities and a set of add-ons to support privacy.

One of the features of Tails is the ability to work with a USB flash drive, disk or even an SD card. In this case, the anonymous operating system is completely protected from interference from programs that are on the computer. For a full guarantee, you can use the CD / DVD-R with Tails, which at the physical level will save the user from the possibility of making any harmful changes to the system.

Thus, Tails can always be carried on a convenient information medium and work in a secure system on any computer.

In addition, developers have introduced the ability to use the familiar Windows XP interface instead of the Linux interface, which is not only convenient for ordinary users, but also does not cause astonishment when using Tails in public places.

The drawbacks of the system include its popularity, which prompts special services and hackers to develop ready-made solutions to circumvent the Tails system.

Liberte Linux is a fairly old Linux operating system for working with Tor, which appeared in 2010.

It is a lightweight, in 250 Mb, set of tools, which, like Tails, can work with an external media such as a disk or a USB flash drive using Live CD technology.

The system includes the necessary tools to protect against leaks and unauthorized intrusions. In addition, the system leaves no traces without the explicit consent of the user, and the availability of the operating system files in the "read-only" mode ensures its integrity. In addition, Liberte Linux before running will verify the reliability of the files.

An essential shortcoming of the system is the lack of its regular support from one single developer who released the latest update in 2012.

Thus, developers provide the user with a wide range of ready-made solutions that can provide the required level of security. But even using Tails, Whonix or Liberte Linux, do not forget about the standard security rules and remember that none of the protection methods gives 100% guarantee.