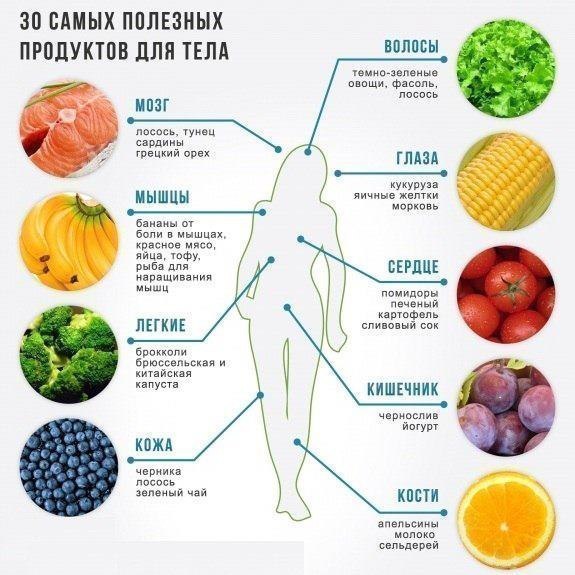 Oily fish (herring, sardines, mackerel, salmon, cod, salmon) are very rich in omega-3 fatty acids, due to which the fish became a remedy for bad mood. Only in fish of weak salting, polyunsaturated fatty acids are formed most of all. However, the amino acid tryptophan (actually, from which the serotonin is formed - the "happiness hormone") remains in the fish of any preparation. That's why fish dishes, of course, should be on your table.

In addition to the above, oily fish has a lot of vitamin B6, which improves mood and strengthens the immune system. Fish should be consumed at least three to four times a week for 100-150 g. And if daily, then by 50-70 g.

Vegetables that have bright colors: beets, eggplants, carrots, sweet peppers, persimmons, mandarins, oranges and other varicoloured vegetables also have the ability to uplift the mood. It has been known for a long time that bright saturated colors can drive depression and charge a positive attitude.

However, it's not just that. Fruits and vegetables of saturated colors have in their composition bioflavonoids, which improve the blood circulation of the brain. As a result of their use, the brain gets more oxygen, you begin to feel much better, and of course, your mood also rises.

Chicken broth has a property that affects the peace of mind. With little nervous stress - this is an excellent remedy for depression. Chicken meat contains proteins consisting of amino acid tryptophan. Getting into the body, it is processed into serotonin - a "hormone of happiness", which affects our mood.

Sea cabbage is extremely enriched with B group vitamins that regulate the work of the adrenal gland and, accordingly, the adrenaline hormone, the lack of which can cause chronic fatigue, which leads to a worsening of mood.

Sea kale is recommended to buy not canned (in such cabbage there are often harmful additives), and freshly prepared salads, which can be found in the market or in the departments of cookery. And afterwards, spontaneously fill it with spices and other ingredients (carrots, mushrooms, sesame seeds, etc.).

In bananas, except for serotonin, vitamin B6 is contained, which, as already mentioned, is necessary for raising the mood. In addition, bananas are enriched with alkaloid harman, which can cause a sense of euphoria, that is, they are biogenic amines, in which, as is known, serotonin is also produced. Still these fruits are useful to eat at a chronic weariness and melancholy.

All nuts, like fatty fish, are a source of omega-3 fatty acids, which can ensure the proper functioning of brain cells and help to eliminate symptoms of depression. In addition, nuts contain the already known amino acid tryptophan and vitamin, lifting the mood, B6. In addition, the nuts contain a mineral, called selenium, which is necessary for excellent mood.

It is worth knowing that the indicator of selenium level in the blood decreases with aging of the body by 7% after 60 years and by 25 - after 75. Therefore, doctors advise elderly people to eat more nuts. In a day you can eat up to 30 g of this product.

Cocoa beans, from which chocolate is obtained, contain a substance called phenylethylamine, which promotes the production of endorphins in the body of hormones, which are produced in high numbers in lovers. And loving people, as a rule, are happy, like children. In addition, the cacao beans contain magnesium, which can remove stress. However, it is worth knowing that only black chocolate has all of the above qualities. Milk will bring much less benefit.

Cheese contains amino acids that promote a good mood: tyramine, triktamine and phenylethylamine. Cheese of any kind is able to cheer up.

The eggs contain essential fatty acids and vitamins A, E, D, not to mention the tryptophan from which serotonin is formed, as well as carotenes and B vitamins, the lack of which can lead to depression. So that even the usual scrambled eggs can improve their mood. And eggs, eaten at breakfast, control the feeling of hunger all day long.

Like chicken, oatmeal and buckwheat has an amino acid tryptophan. Recycled in the body, it forms a "hormone of happiness" serotonin. Still these products contain carbohydrates, which, slowly absorbed, normalize blood sugar level, not allowing it to go beyond.

Increased or decreased level of sugar completely and completely affects the mood, because it affects the level of insulin in the blood. And insulin performs the function of transporting tryptophan to the brain, where it is already processed into serotonin. Keep the sugar under control.