Health and Medicines ... These 5 facts about the brain will change your life ...

These 5 facts about the brain will change your life. 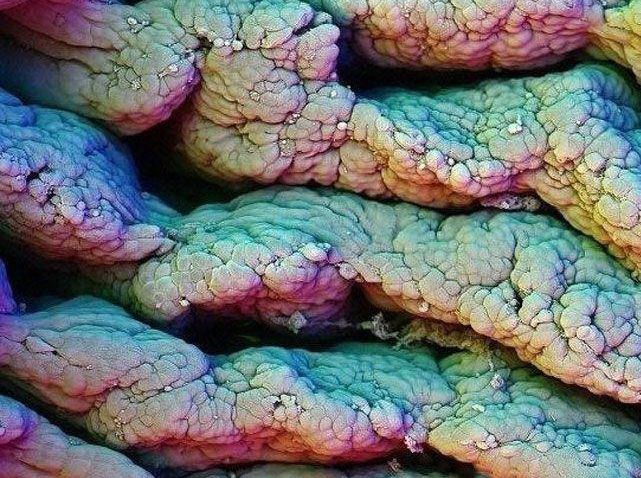 In the philosophy of consciousness, the concepts of mind and brain are distinguished, and contradictions are noted regarding their exact relations, which lead to the problem of “mind-body”. The brain is defined as physical and biological matter contained within the skull and responsible for the basic electrochemical and bioelectronic neural processes. From the point of view of modern science, the brain is a complex neural network that produces and processes a huge number of logically connected electrochemical pulses, and the inner world of a person, including his mind, is the product of this work.

In the modern scientific community, the point of view that the mind is a product of the work of the brain is dominant. Proponents of artificial intelligence also think so.

In addition, there are statements that the mind is computer-like and algorithmic. The points of view “brain-generated minds” and “computer-like minds” do not necessarily accompany each other.

There are different opinions about the interpenetration of the brain and concepts such as consciousness, mind, mind, reason, spirit, soul, memory, some even suggest that the mind exists in some way, regardless of the brain, or is related to paraphenomena.

Because of the key importance of the brain in the body, the brain theme is popular. In ancient times, eating the brain of a defeated person or animal along with other parts of the body symbolized the receipt of enemy forces. In the Middle Ages, the brain was understood as the center of life, along with the heart. Currently, the brain theme is widespread in video games and films, in particular, zombie films.

History of the study of the brain

The beginning of the modern science of the brain was laid at the beginning of the 20th century with two discoveries: the analysis of reflex acts and the discovery of the localization of functions in the cerebral cortex. Based on these discoveries, it was suggested that simple adaptive involuntary movements are realized due to a segmented reflex arc passing through the lower parts of the brain, and conscious perception and voluntary movements are provided by higher-order reflexes, whose sensorimotor arc passes through the higher parts of the brain.

Brain mass (kg) as a function of body weight (MT, kg) for various groups of mammals:

1. The brain does not see the difference between reality and imagination

The brain responds equally to everything you think about. In this sense, for him there is no difference between objective reality and your fantasies. For this reason, the so-called placebo effect is possible.

If the brain believes that you are taking a pharmaceutical drug (rather than a sugar pill), then it reacts accordingly. He drank a placebo, thinking it was aspirin, and the brain gave the body a command to lower body temperature.

The nocebo effect works the same way, but in the opposite direction. If the hypochondriac watches the evening news and hears in them about the outbreak of a new disease, then he may even begin to physically sense its symptoms.

The good news is that if you look at the world with pink glasses, you will most likely feel happy due to the abnormally high level of serotonin (the hormone of joy) in the blood. Any constructive thought or dreams about a bright future can improve your physical condition right here and now.

2. You see what you think most about

Whatever you think about, it becomes the foundation of your life experience. Say, if you buy a new car, you will often notice cars of this brand in the city. The thing is that after the purchase you think about your car more often than you thought so far.

Why is it important to know? The fact is that you can get out of any stressful situation simply by reprogramming your thinking. On the other hand, if you try to analyze the political situation presented by different media differently, then you will only believe those that reflect your own point of view.

There is something else. Have you ever noticed that people quickly group by interests? Positive people are more often friends with the same positive , and hypochondriacs - with hypochondriacs , aren't they? This is not a coincidence. If you want to change anything in your life, start by changing your mental patterns.

3. Most of the time your brain runs on autopilot

On average, the human brain generates 60 thousand thoughts per day. But more than 40 thousand of them will be the same thoughts that you drove in your head yesterday. That is why it is so easy to slide into a tailspin of negative perceptions of life. And that’s why we often need to change our familiar environment to an unfamiliar one in order to “clear” our brains.

Negative thoughts create stress and anxiety on their own, even if there is no real reason. And they really destroy the immunity, which is forced to respond to this (see paragraph No. 1).

Train your brain. Make him record positive thoughts more often. The more you try, the faster and easier you will get. To treat life consciously is to try to take all these unconscious processes under your own control. The ultimate goal of the practice is to ensure that most of your thoughts arising “by default” are positive.

4. Turning off periodically is vital

You can literally drown in thousands of negative thoughts that get stuck in your head during the day. Therefore, you need to "disconnect": this will give a respite for the immune system, make you healthier and happier.

The easiest way to turn off the brain for a few minutes is meditation. It allows you to turn your consciousness into a convenient and effective tool.

And further. About the vacation. Choose an active holiday: skiing, diving, hiking. The easier it is for you to concentrate on the exciting process, the more effectively your head is “cleared”.

5. You can change your brain. Literally. Physically

When you focus on some kind of mental activity, your brain at this moment is actively generating new neural connections. Biologists call this process neuroplasticity .

Here's how it works. If you think that you are not able to lose weight, then in time you will only become stronger in this thought. But if you replace this subconscious belief with the thought: "I am in excellent physical shape," then your brain will build new neural connections to it every time. You will begin to increasingly notice new opportunities that will allow you to turn this subconscious mindset into a new reality.