All living things belong to the animal world. Proceeding from this, anatomy studies the structure of a person , taking into account the biological patterns that are characteristic of all living organisms, especially mammals - the higher vertebrates. In the structure of the human body can be identified individual characteristics, age specific to a particular sex. In childhood, adolescence and even adolescence, organs are still growing, the differentiation of tissue elements continues. Already in adulthood, changes in the body are less active, the body structure becomes more stable. But I want to note that in this period there is a restructuring in the bodies according to the conditions of life, the impact of the external environment. 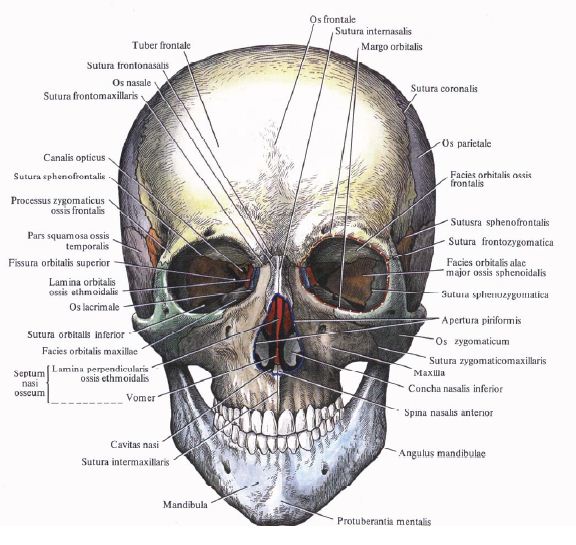 Everyone knows that the most complete, high-quality information on the structure of the human body is found in the Sinelnikov atlas (human anatomy in pictures) . Many faced the problem of finding information on the topic of anatomy on the Internet, and when you find what you need, it's necessarily some kind of catch, then you send sms, or in general the information does not correspond to the title of the section, long, expensive, not always justified. For this purpose, students of the Medical University give you free use of Atlas Sinelnikov online . This completely frees you from libraries and heavy books. Preparing for classes will become more accessible, and therefore more qualitative, which is the purpose of the site. The whole anatomy on this site is from students to students. And just to study the anatomy! Remember that there is nothing more interesting than studying the structure of a person in pictures ...

The structure of the human body 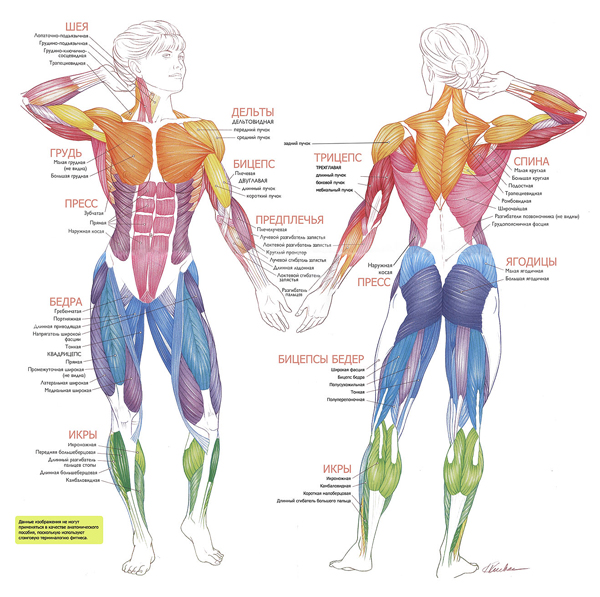 Some information on the structure of the human body in connection with the experience of embalming corpses were obtained in ancient Egypt, contained in the treatment of the Chinese emperor Gwang Ti (about 3 thousand years BC). In the Indian Vedas (1st millennium BC), it was indicated that a person has 500 muscles, 90 tendons, 900 ligaments, 300 bones, 107 joints, 24 nerves, 9 organs, 400 vessels with 700 branches. One of the founders of anatomy Aristotle, studying anatomy in animals, pointed to the difference between tendons and nerves, introduced the term "aorta". Representatives of the Alexandrian School of Physicians (3rd century BC) made autopsies and vivisection of convicted prisoners. They discovered the diaphragm, studied the skeleton and the insides, made up the notion of lymphatic vessels, nerves, heart valves, brain membranes, etc. K. Galen (2nd century), based on previously obtained, often unreliable, data, as well as on autopsy , Systematized anatomical information. His anatomical representations served as the basis of medicine for almost 1,5 thousand years, since the church in the Middle Ages prohibited the opening of corpses and the study of anatomy. The flourishing of science and art in the Renaissance was accompanied by the development of anatomical studies. The main provisions of the teachings of K. Galen were revised and a basis for the development of modern anatomy was created. In the 16th century. Leonardo da Vinci, A. Vesalius, G. Fallopius, B. Eustachius and others received the first systematic data on the structure of various organs of the human body. Anatomical studies formed the basis or contributed to the emergence of a number of major discoveries in biology. The discovery in 1628 by W. Harvey of the circulation of blood in the body was a turning point in the study of the circulatory system. The description of the lymphatic vessels of the mesentery by the Italian anatomist G. Azelli served as a further development of the theory of the lymphatic system. M. Malpighi in 1661 opened circulation in the capillaries, confirming the unity of the arterial and venous parts of the bloodstream. Frenchman K. Bisha (18 century) laid the foundations of the doctrine of the tissues and created the prerequisites for the development of science about the microscopic structure of tissues and organs - histology. J. Cuvier summarized numerous data on the comparative anatomy of animals and paleontology, which allowed establishing the principle of correlation in the development of organs. The discovery by M. Schleiden (1838) and T. Schwann (1839) of cells as a structural unit of tissues in plants and animals was evidence of the unity of the organic world and contributed to the improvement of the methodological methods of microscopic anatomy. Cell theory was subsequently widely used in the development of R. Virchow pathological anatomy. Opened the law of hereditary transmission of signs G. Mendel (1865) laid the foundations of genetic studies of the mechanisms of formation processes. The evolutionary theory developed by C. Darwin ensured the development of the evolutionary direction in anatomy.

The structure of the human body, its organs and systems is studied by anatomy. To understand the peculiarities of the structure of man, it is necessary to know how his organs developed and developed phylogenetically. A significant role in understanding this is given to comparative anatomy and evolutionary morphology - sciences that study the structure of various animals, as well as fossil remains. Life processes that take place in the body are studied by physiology.

The human body is formed by a huge number of cells. They are located in the human body not randomly, but unite in certain groups - tissues. In the human body, four main types of tissues are distinguished: epithelial, connective, muscular and nervous. Epithelial tissue forms the integument of the body and protects the internal organs located beneath it. The connective tissue consists of cartilage, bones and fatty matter, and blood and lymph form the internal environment of the body. Muscle tissue provides movement of the human body and the work of its internal organs. Finally, the nervous tissue forms nerves, the brain and spinal cord.

The tissues form organs: the stomach, the heart, the kidneys, etc. Each of the organs has a definite shape, structure, location, and performs its own work. Associated bodies, united by a common work, constitute a system of organs. All human organs are divided into several systems: musculoskeletal, digestive, circulatory, respiratory, excretory, nervous, sexual and endocrine. Consider the main characteristics of the above systems.