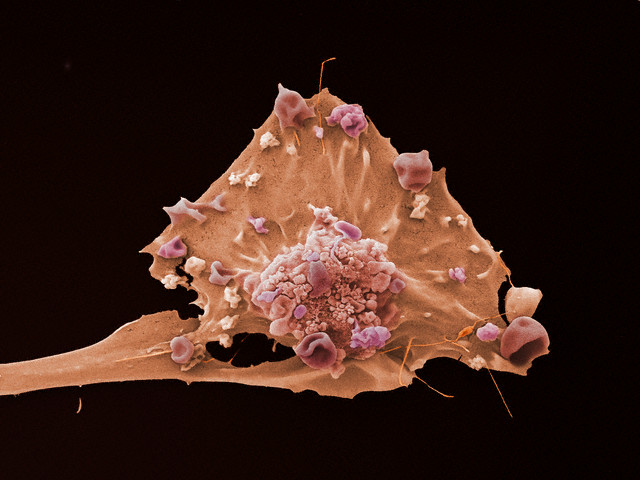 It is known that oxygen radicals - the so-called special molecules, which contain oxygen and which have very high oxidative activity due to the unpaired electron - can severely damage DNA.

When such radicals become many, oxidative stress occurs, and the cell can either just die from mutations, or, say, give rise to a cancerous tumor. Highly active oxygen oxidants are obtained as a by-product of some important cellular processes, so that in the course of evolution, living things have tools to disinfect them. 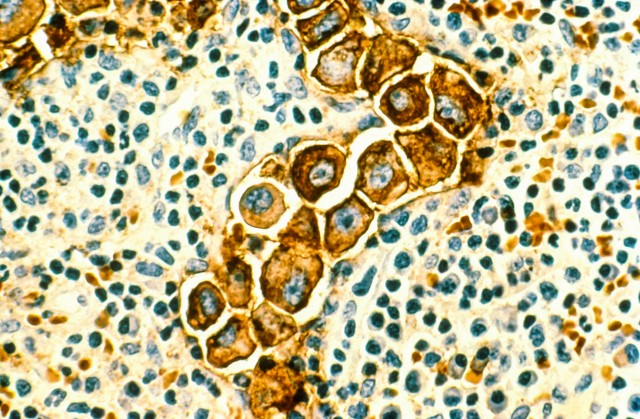 However, the built-in antioxidant defense systems may not cope with the problem - and then they can be helped by eating an antioxidant drug.

But after all, and cancer cells, since they have already appeared, oxidative stress is not needed at all. If the cancer severely spoil the DNA, no matter what malignant tumor, it will still die - in fact, the mass of anti-cancer drugs is what it does that brings mutations into the DNA of tumor cells. Then it turns out that antioxidants play into the hand of cancer, saving his genes from damage. It was this logic that was the logic of James Watson (recall - one of the legendary authors of the double-helical model of DNA), with whom he publicly spoke in 2013, quite embarrassing the general public in the face of popular science and simply popular publications. However, for experts in Watson's words there was nothing unexpected - when the general public rushed to the oncologists for comments, they shrugged their shoulders: they say that we are already aware of the ambiguity of antioxidant preparations for a long time. One example: in 1994, as a result of a large-scale study involving more than 29,000 male smokers, it was found that cancer was more likely to occur in those who took antioxidant beta-carotene tablets. In general, the benefits of antioxidants have repeatedly been tried in clinical studies and animal experiments, but the results are often not as expected. In the same year, 2013, the Journal of the American Medical Association published an article stating that vitamin E, beta-carotene and large doses of vitamin A can increase your chances of premature death, regardless of whether you are healthy or overweight - Any chronic illness.

Similar work gradually accumulated decently, but they all represented the results of medical statistical analysis, which did not say anything about the mechanisms of the negative action of antioxidants. However, molecular "mechanistic" work did not wait: in 2014, researchers from the University of Gothenburg reported on the pages of Science Translational Medicine that antioxidants, reducing the level of oxygen radicals, thereby turning off the protein p53, whose task - to monitor the level of mutations in the cell. In the event that a cell is threatened with degeneration into a malignant one, p53 triggers apoptosis, a program of cellular self-destruction. Last year, the same authors made another publication on melanoma - this tumor is known for its propensity to metastasize, and antioxidants, as it turned out, also increase the appearance of melanoma metastases.

In a new article that appeared the other day in Science Translational Medicine , we are already talking about several types of tumors. Hongting Zheng and colleagues from the Third Military Medical University in Chongqing analyzed the effect on cancer cells of several antidiabetic medications, including some insulin analogues and the most famous metformin. Common to these drugs was that they contained inhibitors of the enzyme dipeptidyl peptidase type 4 (iDPP-4) and alpha lipoic acid. Both dipeptidyl peptidase inhibitors and alpha lipoic acid reduce blood sugar and help to overcome insulin resistance of tissues to insulin (the main symptom of type 2 diabetes).

It turned out that antidiabetic drugs stimulated the migration and invasion of new metastatic cells from melanoma and tumors of the lungs, intestines, mammary gland, liver and ovaries. As the authors emphasize, cell division did not accelerate, that is, drugs only accelerated the spread of cancer, but not its growth (which, however, is not easier). Most of the experiments were performed in vitro, in a cell culture, and not with a real tumor in the living body, but in the case of liver cancer and colon cancer, they were transplanted into mice, and then observed how tumor cells under the action of antidiabetic drugs actively scattered in healthy tissues.

But where are the antioxidants? First, alpha-lipoic acid is an antioxidant in itself, and secondly, further experiments have shown that inhibitors of dipeptidyl peptidase also reduce the level of oxidative stress in cancer cells. And, importantly, the antioxidant effect of drugs was associated with metastasis: if tumor cells specifically enhanced oxidative stress, they ceased to actively migrate from the primary tumor, despite the presence of antidiabetic substances with antioxidant properties.

The researchers tried to dig even deeper, and eventually came to the transcription factor called NRF2. Transcription factors are called special proteins that bind to certain sequences in DNA, amplifying or weakening transcription - the synthesis of the RNA copy on the desired gene. It is through the factors of transcription that the lion's share of regulatory signals that control genetic activity passes. It turned out that all inhibitors of dipeptidyl peptidase taken for the experiment activated the NRF2 factor, and it was this activation that induced the cancer cells to spread - when NRF2 was artificially disconnected, the metastasizing activity of the tumor fell, and the cells appeared to have fewer proteins needed for travel. That is, the result is a scheme: inhibitors of dipeptidyl peptidase contained in drugs against diabetes, due to its antioxidant effect, act on the transcription factor NRF2, and it, in turn, "wakes up" metastatic genes. Another drug component, alpha-lipoic acid, according to researchers, works exactly the same.

Curiously, what about NRF2 was known that its activity is increased by the action of oncogenic proteins, and that it is needed by cancer cells to extinguish oxidative stress - that is, NRF2 obviously activates not only "migratory" genes, but also antioxidant ones.

Here it is necessary to emphasize that such drugs, which stimulate metastatic processes, do not cause cancer. And here you can recall the work of researchers from McGill University who published an article in 2012 in Cancer Prevention Research in which they said that antidiabetic metformin prevents the appearance of tumors - and it prevents them because it reduces oxidative stress. That is, while there is no cancer, the antioxidant does it so that it does not continue, but if a cancer cell appears, the effect changes to the opposite.

Anyway, if you consider that diabetes and malignant tumors often accompany each other, there is a problem how to choose the right therapy. Here, of course, we need additional studies, including clinical ones, that would assess how harmful the effect of all the mentioned drugs depends on the dose - maybe there is no problem if it turns out that the antidiabetic properties of drugs appear at lower doses , Than the ability to push the tumor to metastases.