Health and Medicines ... Facts about Beer ... 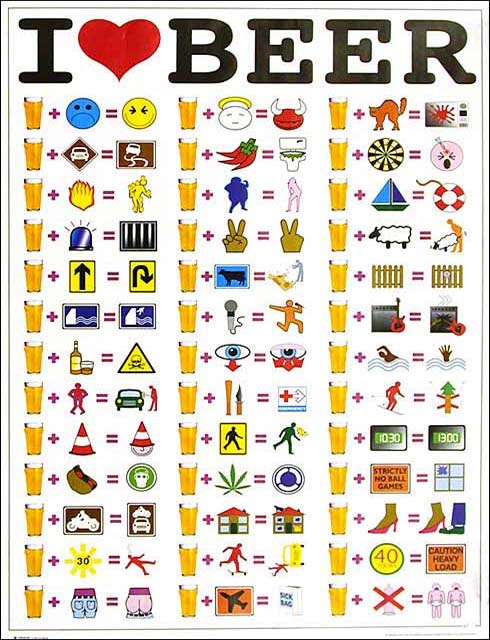 Beer is a low-alcohol beverage obtained by alcoholic fermentation of malt wort (most often barley-based) with the help of brewer's yeast, usually with the addition of hops. The content of ethyl alcohol in most beers is about 3.0-6.0% vol. (Strong contains, as a rule, from 8% to 14% by volume, sometimes also light beer is obtained that contains 1-2% by volume, separately separate non-alcoholic beer, which is not included here), dry substances (mainly carbohydrates) 7 -10%, carbon dioxide 0.48-1.0%.

Beer is spread in many countries of the world and is popular due to its taste and aroma. There are about a thousand varieties of beer. The taste characteristics of different species can be drastically different.

Beer - one of the oldest drinks, known from the Neolithic era, along with honey, kvass and wine. According to some radical opinion, the cultivation of cereals began just for the sake of beer, but not for bread. Chemical remains of beer, dated 3500-3100 years BC. E., Were found in Godin-Tepe in the mountains of Zagros (western Iran). Later traces of beer were found in ancient Sumer, then Egypt and Assyria. Beer is mentioned in ancient Egyptian and Mesopotamian sources. Builders of the Egyptian pyramids received, in addition to food allowance, beer. Already on the ancient Sumerian clay tablets there is a hymn to the goddess-patroness of the brewing of Ninkashi, which contains the recipe for the preparation of this drink; Beer is mentioned in the laws of Hammurabi. In the archives of the ancient Syrian city of Ebla it is mentioned that the Eblaites cooked a variety of beers.

The Slavonic word "beer" (from the verb to drink) originally meant all drinking, a drink in general, and only later it became the name of an alcoholic drink in practically all Slavic languages. The origin of the English name beer beer (dr.-beor), together with related words in other Germanic languages ​​(German Bier, bier) is unclear. According to one version, this word was borrowed through West German monasteries from the people's lat. Biber "drink, drink" (from the Latin "drink"). According to another version, the word goes back to the Pragerman * beuwoz-, from the root * beuwo- "barley".

For a more detailed list of varieties of Ukrainian beer, see here.