How much caffeine is contained in different drinks

Caffeine (also matein, guaranin) is a purine alkaloid, colorless or white bitter crystals. It is a psychostimulant, found in coffee, tea and many soft drinks. Caffeine is found in plants such as coffee tree, tea, cocoa, mate, guarana, cola, and some others. It is synthesized by plants to protect against insects that eat leaves, stems and grains, and to encourage pollinators.

Knowledge of most people about caffeine is limited, for example: "There is a lot of coffee, in tea - less." This is fundamentally not true. In fact, there are unexpected nuances. We decided to see how much caffeine is contained in one standard portion of the drinks you know. And we also compared this amount with a safe daily intake of 300 mg of caffeine.

A cup of tea 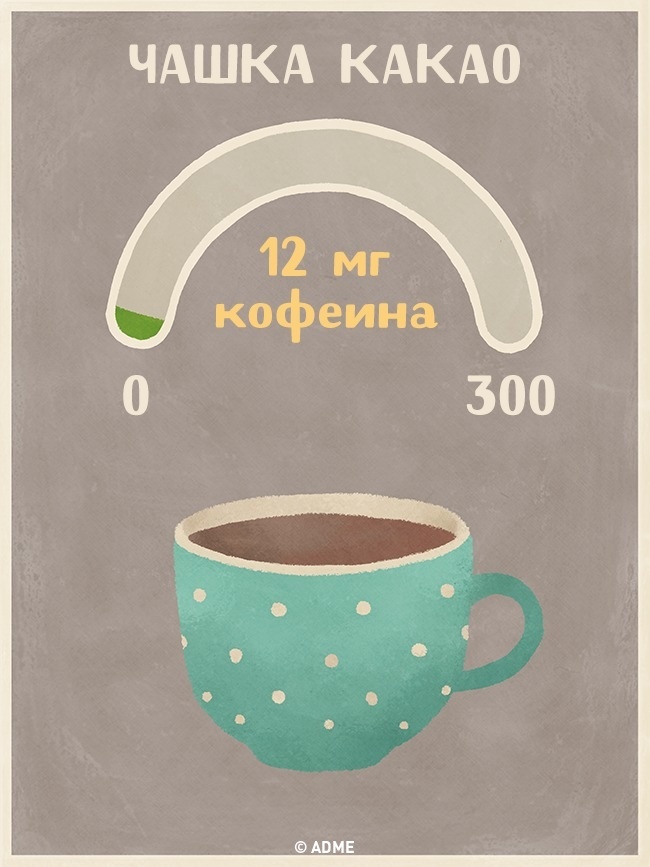 A cup of green tea 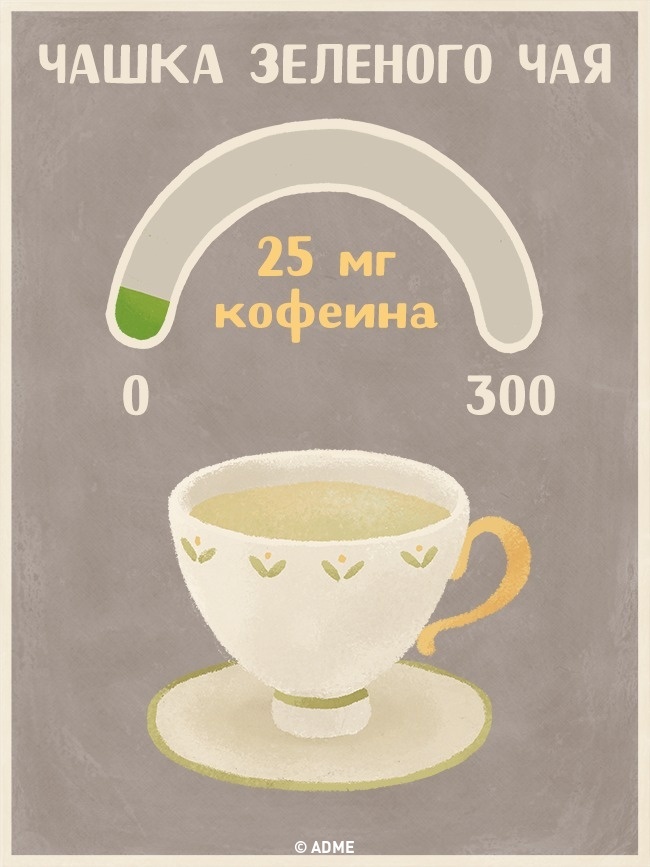 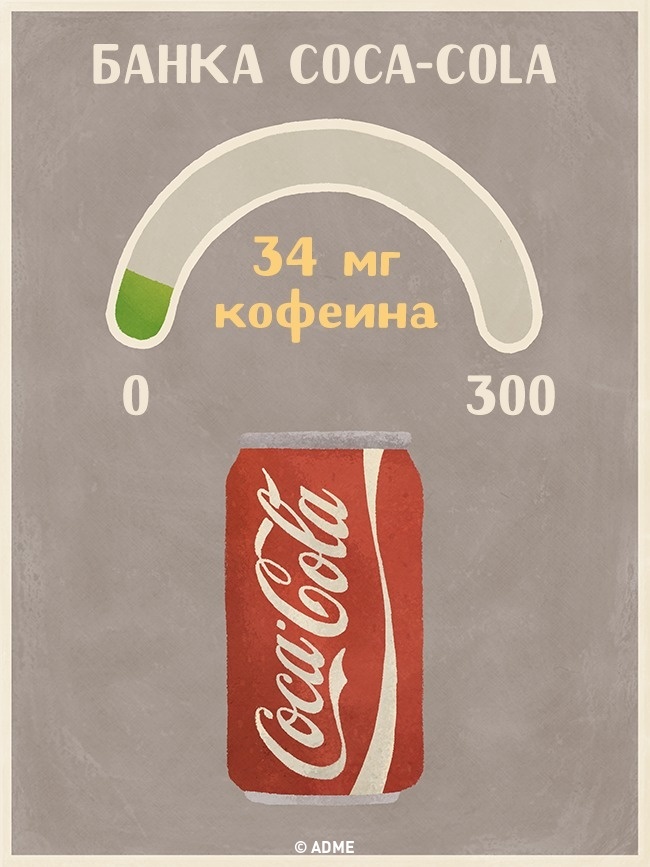 A cup of black tea 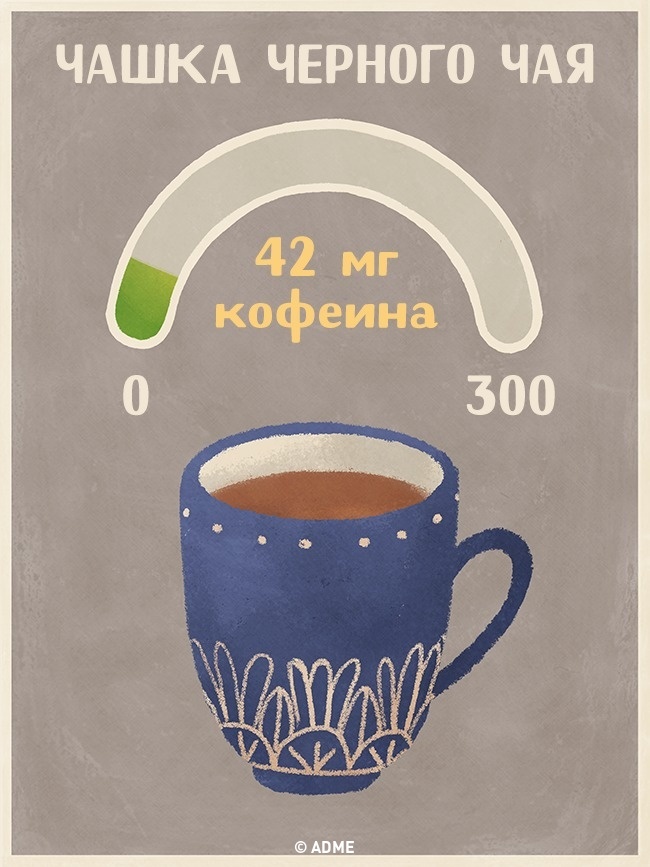 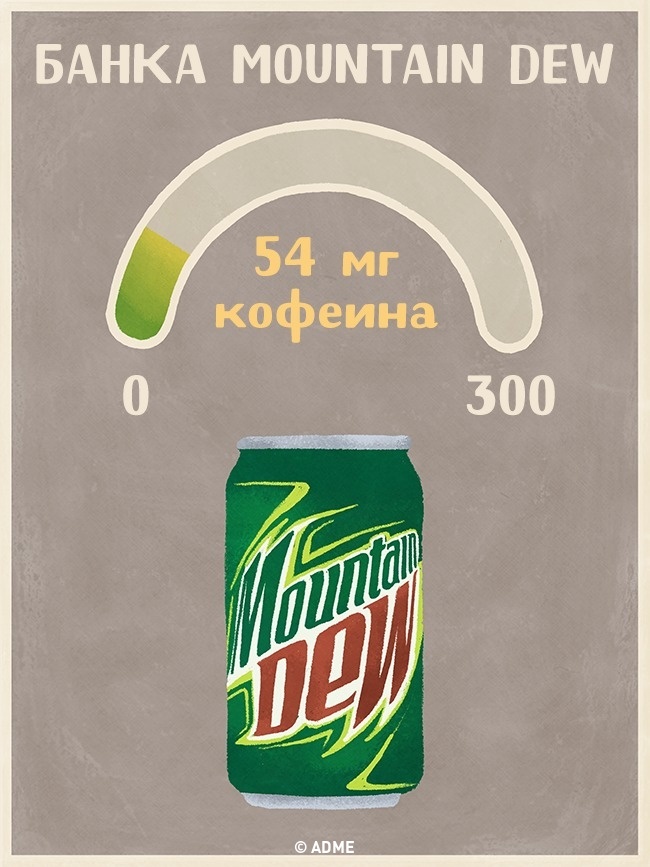 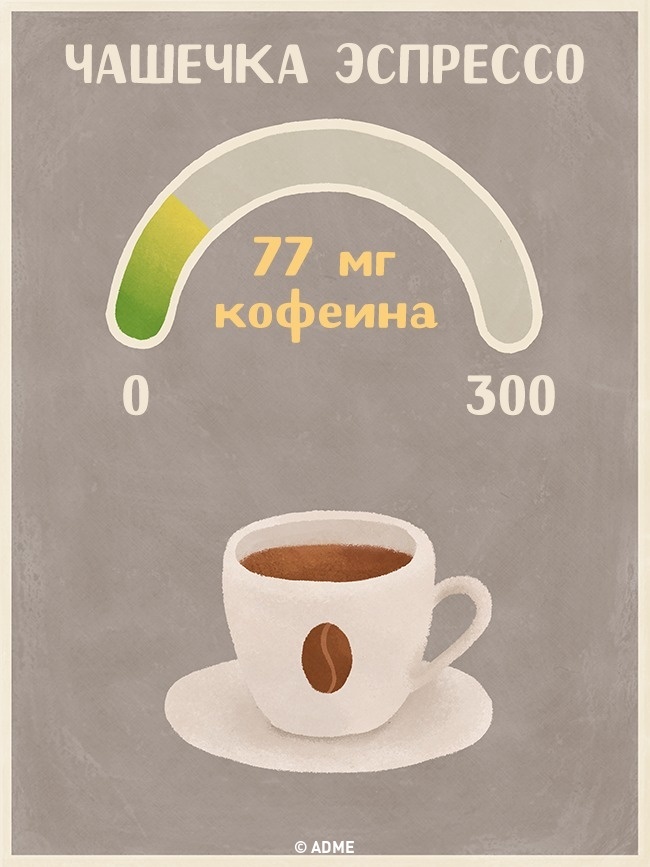 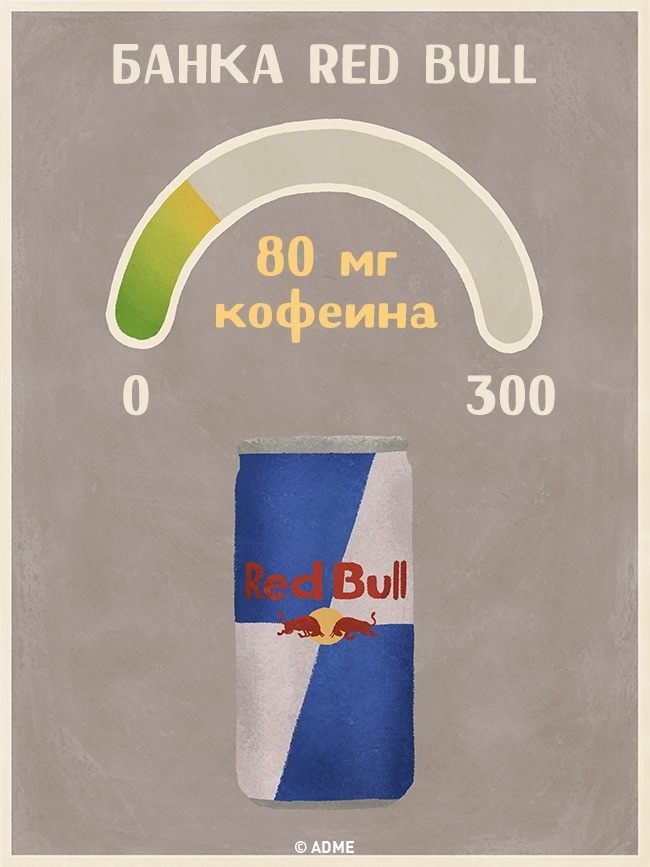 A cup of instant coffee 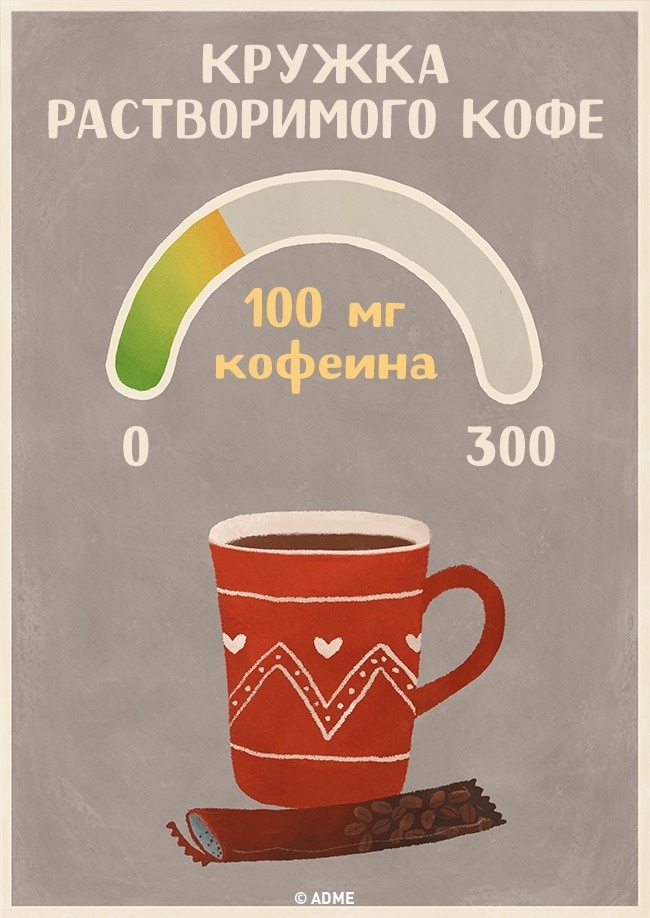 A cup of ground coffee 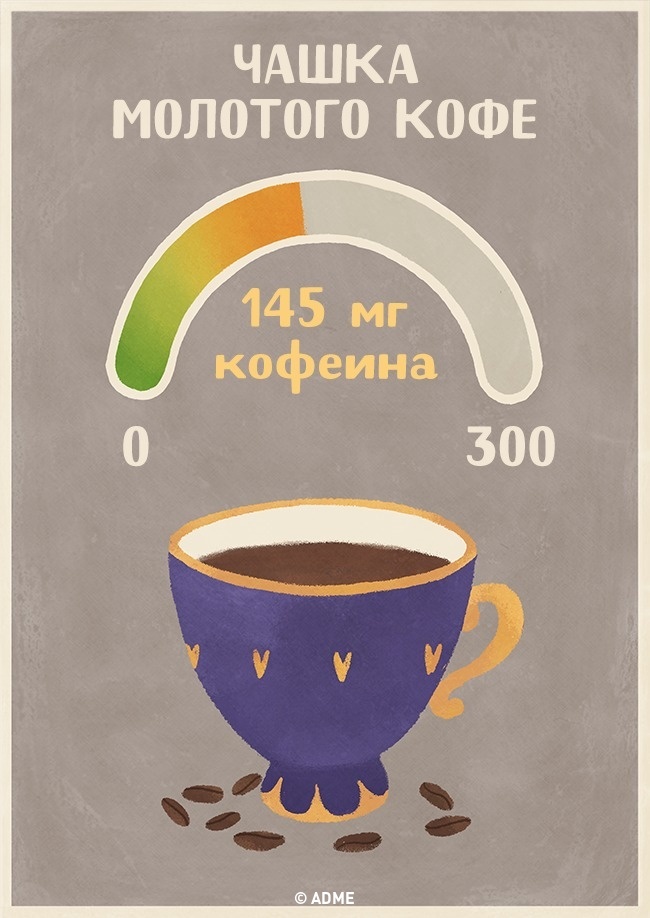 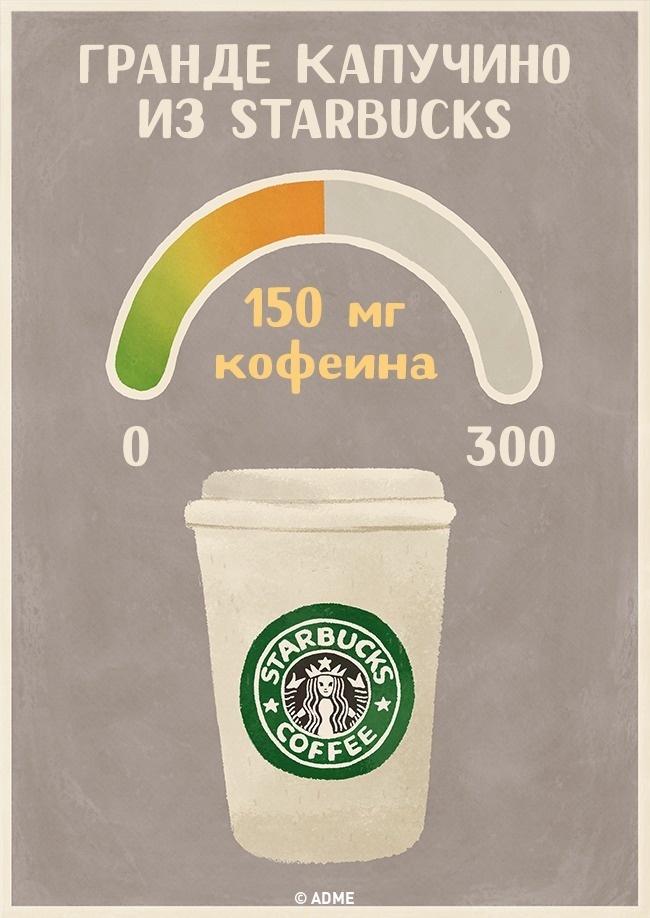 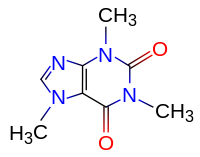 In animals and humans, it stimulates the central nervous system, intensifies cardiac activity, speeds up the pulse, causes the blood vessels to expand (mainly the vessels of skeletal muscles, brain, heart, kidneys), increases urine output, reduces platelet aggregation (however, in some cases, opposite effects are noted) . This is due to the fact that caffeine blocks the enzyme phosphodiesterase, which destroys cAMP, which leads to its accumulation in cells. CAMP is a secondary mediator through which the effects of various physiologically active substances, primarily adrenaline, are realized. Thus, the accumulation of cAMP results in adrenaline-like effects.

In medicine, caffeine is used as a part of the remedies for headaches, migraines, as a stimulant for breathing and cardiac activity for colds, for increasing mental and physical performance, for eliminating drowsiness.

Caffeine is on the list of vital and essential medicines.

History of the discovery

It was discovered and named "caffeine" in 1819 by the German chemist Ferdinand Runge. In 1827, Oudry isolated a new alkaloid from tea leaves and called it thein. Caffeine in its pure form was first obtained in 1828 (Pelletier and Cavant). In 1832, its composition was established by Weller and Pfaff with Liebig. In 1838, Iobst and G. Ya. Mulder proved the identity of theine and caffeine. The structure of caffeine was clarified by the end of the XIX century by Hermann Emil Fischer, who was also the first person who artificially synthesized caffeine. He won the Nobel Prize in Chemistry in 1902, which he received partly because of this work.

The chemical name of caffeine is 1,3,7-trimethyl-xanthine. In an alkaline medium (at pH> 9), it turns into caffeine C7H12N4O. By its structure and pharmacological properties, caffeine is close to theobromine and theophylline; All three alkaloids belong to the group of methylxanthines. Caffeine acts better on the central nervous system, and theophylline and theobromine - as stimulants of cardiac activity and mild diuretics. Caffeine, like other purine alkaloids, gives a positive murexide reaction, when heated with Nessler's reagent, caffeine forms a red-brown precipitate, unlike theobromine, giving under such conditions a light brown color.