Health and Medicines ... Carbohydrates and cancer ... 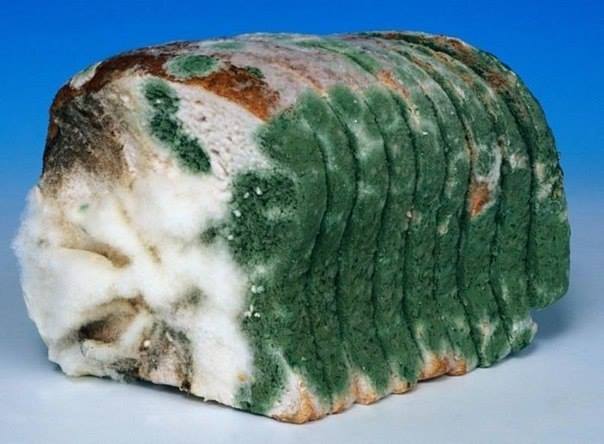 In the US, a study was conducted and found that within 15 minutes after a person eats 100 grams of refined carbohydrates (bread, chips, sugar, white rice, cookies, etc.), the function of the human immune system is weakened by more than 90 % .

The study, published in the "International Journal of Cancer" (Journal of Cancer), showed a correlation between the consumption of white bread and an increased risk of cancer.

At one of the congresses on vegetarian food in Tallinn in 1990, a report was made, in which it was told about bread. The reporter argued that bread is a deadly product for human health. Swelling from intestinal juices, it acidifies the internal environment of the body, turning into clods of clay, adhering to the walls of the intestine and creating its obstruction.

If the bread were useful, then why would many educated zoo workers categorically forbid feeding them animals, justifying that from him (SUCH "GOOD") in illiterate animals (apparently they did not study in medicine and simply do not know about the " Advantage "of the use of this flour product) there is a turn of guts!

Facts: After the famine in Ukraine in 1933, many deaths, especially among children, were not due to hunger, but from overeating after the appearance of the new crop's bread.

After exhausting starvation, people simply could not resist not to eat full, which led to massive deaths from the "turn of the bowels".

How is bread prepared?

Baking of bread in the oven occurs at a temperature of about 300 ° C or in a frying pan, where the heating reaches 250 ° C.

But carbohydrates and all other components of food processed at a temperature above 100 ° C are substances that are no different from the contents of a dead cell!

This explains why it is very easy to choke on bakery, it's hard to eat dry without resorting to mixing with harmful fats, liquids, which is extremely harmful for digestion.

In addition, the bread does not contain enzymes, energy of life, but on the contrary - it absorbs it for attempts to digest dead cells that settle in the body in the form of toxins and poisons.

Yogis claim that in industrial bread, among other things, too often there is too much salt.

Most of the rolls, rolls, horns contain a lot of sugar, milk, and the recipe often includes eggs.

Such bread significantly more than usual makes the body acid, can cause fermentation in the stomach and intestines, promotes constipation.

And yeast fungi, which are part of the yeast test, are the strongest allergens.

Bread, which used to be made earlier, could be called useful.

But this word can not be said about the present bread.

In the manufacture of the current store bread, thermotolerant yeast is used to speed up the process.

To bakeries, the use of harmful yeast is economically very profitable.

Many people do not want to hear about their harm, so as not to incur monetary losses in production.

He is baked from a "dead" product - flour. And this is nothing more than an empty carbohydrate.

Almost all vitamins and trace elements are removed with a membrane (bran) and an embryo.

Then the flour is bleached, it is added flavors, antioxidants, artificial vitamins.

The question is - why first remove live vitamins, then add artificial ones? Yes, to please the taste!

In addition, such flour is stored longer than the flour "alive."

Refined flour becomes a mucus-forming product, which lumps on the bottom of the stomach and slugs our body.

Refining - the process is expensive, costly, while killing the living power of grain.

And it is needed only in order to preserve the flour from spoilage as long as possible.

Flour whole can not be stored for long, but this is not required.

Let the grain be stored, and from it, as necessary, you can prepare flour.