Health and Medicines ... Practical Use of Coca Cola ... 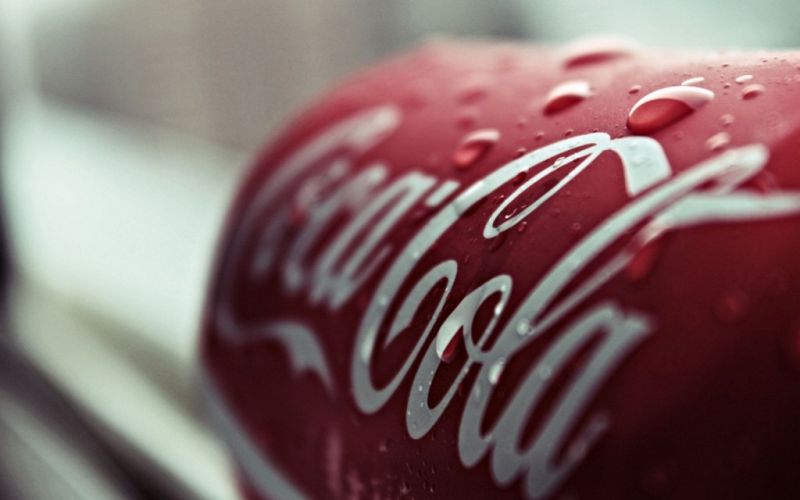 Coca-Cola ("Coca-Cola") is a non-alcoholic carbonated drink produced by The Coca-Cola Company. Coca-Cola was recognized as the most expensive brand in the world in 2005-2015 in the rating of the international research agency Interbrand. The drink is sold in more than 200 countries. According to some statistics, 94% of the inhabitants of the entire planet have at least once heard of the Coca-Cola brand.

The well-known drink, Coca-Cola, can act as a chemical cleaner due to its high acid content, which negatively affects the body and destroys tooth enamel. 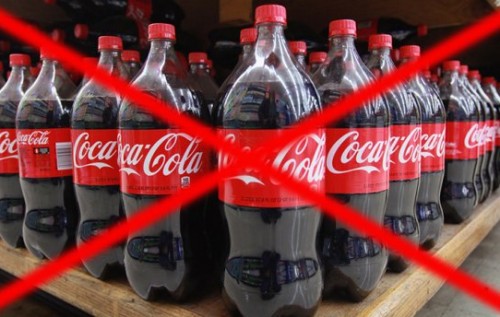 The use of this drink can hardly be called beneficial for our health, but it can come in handy as home cleaning products.

Ways to use CocaCola at home:

If you think about all the “possibilities” of this drink, you will definitely come to the conclusion that Coca-Cola is unhealthy and can lead to serious damage to the mucous membrane of the stomach and the entire body. On the other hand, you can replace all cleaning products with this drink.

If you drop the Mentos dragee into a bottle of Coca-Cola (a low-calorie cola is best), then a drink fountain will beat from the neck of the bottle. This happens because Mentos (especially unpainted and unglazed) creates inhomogeneities that serve as centers for the release of dissolved carbon dioxide. Other ingredients that play a role in the chain reaction are aspartame (a sugar substitute), sodium benzoate (preservative) and caffeine in Coca-Cola, and gum arabic and gelatin in Mentos. These ingredients combine well, and if you mix them and add a sufficient number of centers of gas release, a violent reaction begins, which immediately releases all the carbon dioxide, which leads to the fountain from the cola. The causes of this phenomenon were analyzed and described in the program "Mythbusters" on the Discovery channel in the fourth season, issue No. 57. The myth of the likelihood of damage to a normal stomach with a mixture of Coca-Cola and Mentos was also refuted there. Using this effect, the Americans Fritz Grob and Stephen Walz (Buckfield, Maine, USA) drove a “jet car” 67 m. “Jet car” is a children's bike and a large trolley, which contains 108 bottles of low-calorie Coca-Cola and 648 Mentos candies.

The Coca-Cola drink was invented in Atlanta (Georgia, USA) on May 8, 1886 by pharmacist John Stith Pemberton, a former officer of the American Confederation Army (there is a legend that it was invented by a farmer who sold his prescription to John Stit for $ 250, oh what John Stiet allegedly said in one of his interviews). The name for the new drink was invented by Pemberton's accountant, Frank Robinson, who also, using calligraphy, wrote the words “Coca-Cola” in curly letters, which are still the logo of the drink.

The main ingredients of Coca-Cola were as follows: three parts of coca leaves (from the same leaves in 1859, Albert Niemann isolated a special component (drug) and called it cocaine) on one part of tropical Cola nuts. The resulting drink was patented as a remedy for “disorders of the nervous system” and began to be sold through a machine in Jacob’s largest city pharmacy in Atlanta. Pemberton also claimed that Coca-Cola heals impotence and that it can be passed on to those who are addicted to morphine (Pemberton himself was not indifferent to morphine). At that time, cocaine was not a prohibited substance, and its health damage was not known (for example, in the novel “Sign of the Four” by Arthur Conan Doyle, Sherlock Holmes used cocaine in the minutes of inactivity, so painfully tolerated by him). Therefore, cocaine sold freely, and it was often added for pleasure and tone in drinks instead of alcohol - Coca-Cola was not a novelty in this.

At first, on average only 9 people bought the drink on a daily basis. Sales revenue during the first year was only $ 50. $ 70 was spent on the production of Coca-Cola, that is, in the first year the drink was unprofitable. But gradually, the popularity of Coca-Cola increased, and profits from its sale, too. In 1888, Pemberton sold the rights to produce a drink. In 1892, businessman Asa Griggs Candler, who had rights to Coca-Cola, founded the company The Coca-Cola Company, which is still producing the drink.

Since 1894, Coca-Cola has been sold in bottles.

In 1902, with a turnover of $ 120 thousand, Coca-Cola became the most famous drink in the United States.

The novel of the English science fiction writer Herbert Wells “Tono-Bange” is a satire on the creation, advertising and distribution of Coca-Cola (named in the novel “Tono-Bange”).

In the late 1890s, public opinion turned against cocaine, and in 1903 a devastating article appeared in the New York Tribune that claimed that it was Coca-Cola who was to blame for the negroes who had drunk on it from urban slums began to attack white people. After that, not fresh coca leaves began to be added to Coca-Cola, but already squeezed out, from which all cocaine was removed.

In 1915, designer Earl R. Dean from Terre Hot, Indiana, invented a new 6.5 oz bottle. The shape of the bottle was inspired by the cocoa fruit (according to one version, Dean confused the words “coca” and “cocoa”, according to another, he could not find anything about coca or cola in the library). To make the bottle stand better on the conveyor belt, an extension has been made below. Over the following years, more than 6 billion of these bottles were produced.

In 1916, 153 lawsuits were brought against mock brands such as Fig Cola, Candy Cola, Cold Cola, Cay-Ola and Koca Nola.

In 1980, Coca-Cola became the official drink of the Olympic Games in Moscow.

In 1988, Coca-Cola entered the USSR market, production was established at the Moskvoretsky brewery.

In January 2011, in California, 4-methylimidazole, contained in a caramel dye, was included in the list of possible carcinogens, The Safe Drinking Water and Toxic Enforcement Act of 1986, indicating that taking 16 μg of the substance per day does not pose a significant risk. The indicated amount of the substance is much less than the average consumption of the substance by people who use Coca-Cola and Pepsi. The food industry opposed this decision, pointing out the need for additional warnings on many products.

In March 2012, Coca-Cola and Pepsi announced changes in the production of caramel dyes to meet new California standards. Drinks sold in California already meet the new requirements. As of March 2012, the method of making caramel dyes used in Europe has not been changed; the content of 4-methylimidazole remains at the same level.

The components of the "classic" version of Coca-Cola are:

To prepare 1 liter of Coca-Cola, you need 2 liters of water.

The exact formula of Coca-Cola's natural spices (besides the ingredients mentioned above) is a trade secret. The original copy of the formula is stored at SunTrust Bank's main vault in Atlanta. His predecessor, Trust Company, was the IPO insurer of The Coca-Cola Company in 1919.

No specific negative effect of the drink on the body has been reliably established. The impact of the Coca-Cola drink on health is no different from other similar products. So, it is not recommended to drink highly carbonated drinks for people suffering from diseases of the gastrointestinal tract, in particular, acute and chronic gastritis, including those accompanied by increased gastric secretion, peptic ulcer of the stomach and duodenum, disorders of the biliary tract, pancreatic diseases. Diabetes patients should remember the sugar content in the classic types of drink.

There is mention of a 2004 study, during which a relationship was established between regular daily consumption of sweetened drinks and an increased risk of developing type 2 diabetes. In 2013, it was found that the effect of conventional dosages of sweetened soft drinks on diabetes is not statistically significant.

Hong Kong residents use hot Coca-Cola as a cure for colds.

The colorless version of Coca-Cola was produced specifically for Soviet Marshal G.K. Zhukov.

Coca-Cola is the longest running sponsor of the Olympic Games. Coca-Cola's collaboration with the Olympic Movement began in 1928.

Drawing Santa Claus for The Coca-Cola Company in 1931, a Swedish-born artist, Haddon Sandblom, depicted him not as a cheerful old elf, as was customary then, but as a cheerful old man with rosy cheeks and a thick white beard. Years later, Santa Sandbloma became the well-known and beloved personification of the Christmas and New Year holidays.

The largest Coca-Cola sign is located in the Chilean city of Arica. It is laid out on a hilltop of 70 thousand bottles from Coca-Cola, its size is 122? 40 m.

The first Coca-Cola outdoor billboard, drawn in 1904, is still in its place in Cartersville, Georgia.

In 2011, the National Geographic TV channel showed the plant, its work and the secret of making the Coca-Cola drink.

In 1989, Coca-Cola was the first foreign company to advertise its brand on Pushkinskaya Square in Moscow.

In 2015, in the Vologda Oblast, a regional law came into force prohibiting the sale of tonic drinks. Coca-Cola was among the drinks sold from the age of 18 upon presentation of a passport, and cocoa was also on the list.

For the preparation of Coca-Cola, the company spends about 200 billion liters of water annually.

Coca-Cola marketers claim that the very phrase “Coca-Cola” is considered the second most popular and recognizable among the inhabitants of the planet in the world. The first position is steadily occupied by the word “okay”.

Most Coca-Cola is consumed in Iceland and Mexico.