Health and Medicines ... Facts about coffee ...

Facts about coffee (How to drink, how much to drink, when to drink) 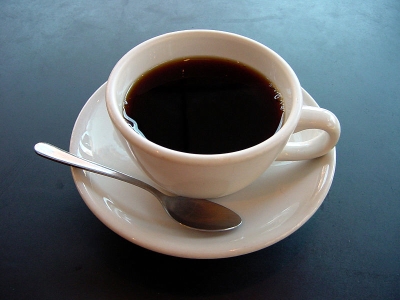 Coffee is a drink made from roasted coffee tree grains. Thanks to the content of caffeine has a stimulating effect.

In nature 73 species of coffee trees - from dwarf shrubs to 11-meter giants. There are two main types of coffee trees used on an industrial scale and, accordingly, the grains obtained from the fruits of these trees: Coffea arabica L. - Arabica and Coffea canephora Pierre ex Froehn., 1897, or robusta, sometimes called Congolese coffee. On these two types, according to various estimates, up to 98% of coffee produced. This volume is divided in a ratio of 70% - arabica, 30% - robusta. The remaining 30 (according to other estimates - 70) species account for only 2% of world coffee production.

The most common grade of coffee, arabica , grows at an altitude of 600 to 2000 meters above sea level. Grains, as a rule, have an oblong shape, a smooth surface, a slightly bent in the shape of the letter "S" a line in which, after a light roasting, the unburned particles of the coffee berry remain.

Robusta species is fast-growing and more resistant to pests than Arabica, and grows from about 0 to 600 m above sea level, primarily in the tropical regions of Africa, India and Indonesia. Grains have a rounded shape, color - from light brown to grayish-green. Robusta is usually considered less refined than coffee in terms of flavor. At the same time, it contains more caffeine, and is also often used in espresso mixtures, which allows you to achieve better quality coffee foam and cheaper mix.

Other varieties, for example, the liberal and the excelsa, have no industrial significance. Produced in Asia (Indonesia, Philippines, southern India), the grade "Kopi Luvak" or "Cape Alamid", is the most expensive coffee (about 750 rubles per cup), because for the proper preparation must go through a food chain that includes the muscular gastrointestinal tract, Or the Asian palm civet (Paradoxurus hermaphroditus) - a small animal of the family of wiverworms. Without the last link, the taste and aroma of this coffee is very mediocre. Recently appeared a cheaper (10 times) analogue of Kopi Luvak, "Monkey Coffee" (Munkie Coffee), from Taiwanese plantations on the slopes of the Formozsky mountains, with the same complex chain of processing of raw grains.

If you start your day with a cup of coffee, then you are not alone. The amount of caffeine consumed daily by Americans is equivalent to 530 million cups of coffee. Caffeine is not only the most popular cheerful drug, but also one of the oldest: as archaeologists say, man began to brew beverages from plants containing caffeine, even in the Stone Age.

Caffeine gives vivacity not because it provides you with additional energy, but because it deceives the body, and he begins to think that he is not tired.

When the brain gets tired and wants to slow down, it produces a chemical called adenosine. This substance enters the receptor cells, where it begins to work, neutralizing substances that stimulate the brain. Caffeine mimics adenosine and "clogs" the receptors, not allowing the real adenosine to reach them. As a result, your brain does not receive a signal to slow the pace, and continues to accumulate stimulants.

After a while, the brain begins to understand what is happening, and increases the number of receptors, so that they are enough for both caffeine and adenosine. After that, caffeine can not support you cheerfully if you do not increase the amount of consumed beverage to "hammer" new receptors.

This whole process takes about a week. During this time, you, in fact, become addicted to caffeine. Your brain literally changes its structure to work on caffeine - exclude caffeine, and to work properly there will be too many receptor cells.

If you abruptly stop using caffeine, your brain will immediately begin to reduce the number of receptors. But it takes about two weeks, during which your body will send "emergency signals" in the form of headache, apathy, fatigue, muscle pain, nausea, and sometimes even in the form of general lethargy and symptoms resembling flu. Therefore, many doctors recommend reducing the amount of caffeine consumed gradually.

Good: it is scientifically proven that caffeine temporarily improves attention, understanding, memory, reflexes and even the pace of learning. It also increases clarity of thinking.

Bad: excessive caffeine consumption can cause hand trembling, loss of coordination and appetite, insomnia, and in extreme cases - trembling in the whole body, nausea, heart palpitations and diarrhea.

Depending on the individual characteristics, the amount of caffeine consumed also gives a load on the liver, pancreas, heart and nervous system. And if you are predisposed to ulcers, then caffeine can only worsen the situation.

If you can use the amount of caffeine equal to 70-100 cups of coffee at a time, then you will get cramps, and even death may occur.

The average American drinks 210 mg of caffeine a day. This is equivalent to 2-3 cups of coffee, depending on its strength.

The way of making coffee is directly related to the amount of caffeine obtained.

A cup of instant coffee contains 65 mg of caffeine; A cup of coffee, boiled in a coffee machine with a filter, contains 80 mg; And a cup of coffee, prepared by the "drop method" contains 155 mg.

The four most common sources of caffeine in America: coffee, soft drinks, tea, chocolate - in this order.

The average American gets 75% caffeine from coffee. Other sources include over-the-counter pain medications; Preparations for suppressing appetite; Medicines for colds; And some prescription drugs.

What happens to caffeine, which is extracted from coffee in the production of decaffeinated coffee?

Most are sold to companies that produce carbonated soft drinks (cola and so contains natural caffeine, but it is added to it.)

Do you get more caffeine than your children?

If you evaluate, based on body weight, then most likely - no.
Children often receive as much caffeine from chocolate and drinks as their parents receive from coffee, tea, and other sources.

Coffee producers have the right not to disclose their method of decaffeination (caffeine removal).

In 1994, Brazil experienced two cases of severe frosts, which destroyed more than 1 billion pounds of coffee, about 10 percent of the world's supplies. This was the reason for the world gain in the price of coffee.

The United States consumes about one-third of the world's coffee, about 400 million cups a day.

The only type of coffee grown in the United States is Kona, which is grown on the island of Hawaii. This coffee is grown on volcanic soil and has the most intense taste of coffee in the world.

If you drink two cups or more coffee a day and decide not to drink coffee, you will most likely have symptoms of withdrawal (withdrawal syndrome, "othodnyak"), such as headache, nausea and possibly depression.

The least harmful way of making coffee is to boil it with water instead of using filtration. So it is prepared in the Scandinavian countries.

Fresh fried coffee beans are usually packaged in breathable (non-airtight) bags to allow the carbon monoxide to come out (evaporate) during the roasting process. If carbon monoxide does not evaporate, then coffee can not get a very good taste.

The Swiss Water Decoking process is the least harmful. Check the deco rating. Other methods of water treatment are not so good.

The freshness of a cup of coffee lasts only 10-30 minutes in a coffee machine with heating.

Buy only unbleached brown filters for coffee makers. To bleach filters, the chemical digoxin is used, which can remain as a precipitate on white filters.

Drinks containing caffeine can cause dehydration of the skin and promote premature (early-fast) aging.

Polyphenols in coffee and tannins in tea can reduce the amount of iron available for use by the body. Consumption of one cup of coffee with a hamburger reduces the amount of sucked iron by about 40 percent, tea by 90 percent.

Caffeine begins to affect your brain in about 30 minutes and the effect lasts from 2 to 6 hours.

Two cups of coffee will lead to an increase in hydrochloric acid in the stomach for at least an hour.

One cup of coffee or one cigarette will lead to an increase in blood pressure.

Caffeine can affect the absorption of zinc by the body, which in turn can adversely affect the prostate and possibly reduce the sexual desire in some people.

If you reduce the intake of caffeine, then there will be withdrawal symptoms (withdrawal syndrome, "othodnyak"). They usually start with a headache, but last only three to five days. The cells of the body become dependent on caffeine.

If you consume more than 300 mg of caffeine per day, this will overexcite the Central Nervous System and can lead to insomnia, nervousness, diarrhea and increased heart rate.

People with heart disease are more likely to be among those who consume coffee; Nevertheless, there is no unequivocal proof of the relationship. Maybe it's just that the percentage of people who consume coffee is so much more than those who do not consume, such is the statistics.

Caffeine leads to chemical changes in the cells, which causes the release of excessive amounts of triglycerides into the blood.

In fact, the first people who consumed the drink today, known as coffee, were the Arabs, who were not allowed to export beans. They eventually were smuggled into Holland in 1660 and then to Brazil in 1727.

"Hills Brothers Coffee" was the first commercial company that started selling coffee packed in a vacuum, in 1900.

The coffee tree gives approximately one to twelve pounds of coffee fruit, this is from a six-year-old tree.

It takes about 2,000 coffee fruits to produce one pound of coffee, this is the harvest of one tree.

The United States is the largest consumer of coffee. About 3 billion pounds a year.