It is important to know: the difference between colds, SARS and influenza 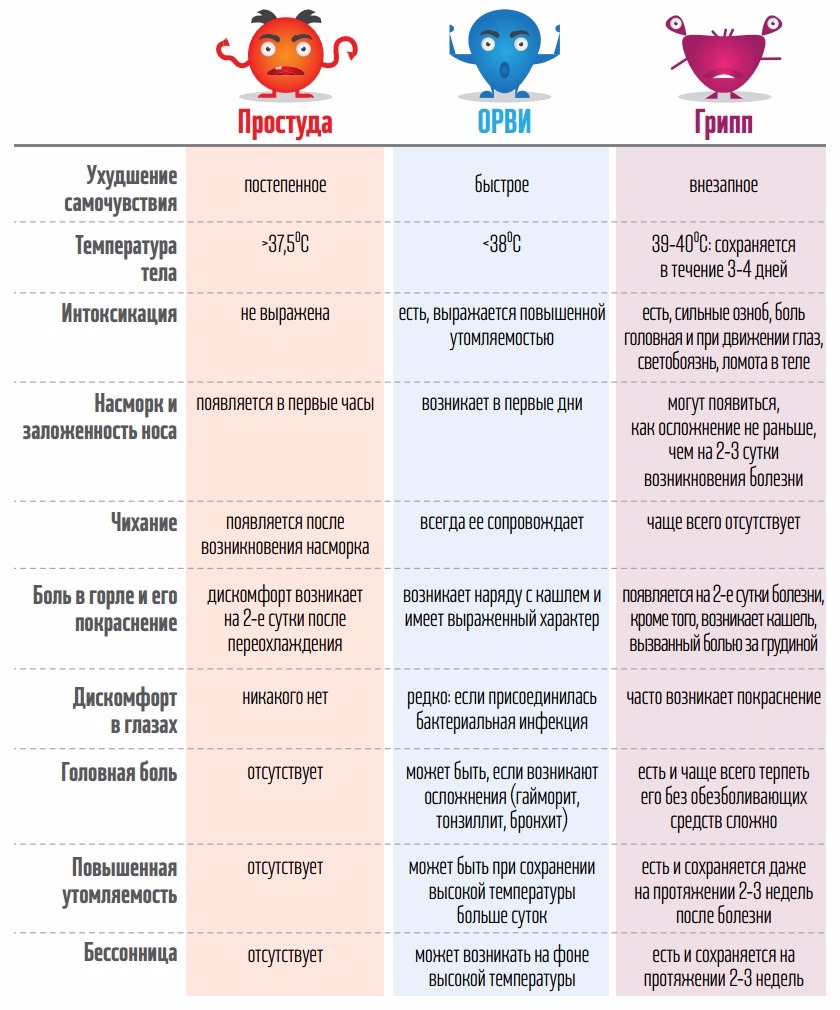 Did you catch a cold? Is it an acute respiratory viral infection or influenza? Or maybe it's "swine flu" ?! If you learn to distinguish ARVI from the flu, you will always keep the situation under control, keep the nerve cells and protect yourself from serious health problems.

First we note that the common cold is a non-existent concept in the official Russian medical terminology, there is a philistine concept of "cold on the lips", which means simple herpes and is the word "cold" meaning ARVI. In this case, a cold is understood as acute respiratory viral infection. ARVI is a series of acute viral respiratory diseases caused by various viruses: rhinovirus, adenovirus, respiratory syncytial virus, parainfluenza virus, coronavirus and others. Influenza is an acute respiratory viral infection caused by the flu virus. Why do they isolate the flu from a large group of ARVI? Here is the difference: The appearance of epidemics, which cover a significant part of the population, is typical for influenza. The flu is more severe, gives a slightly higher mortality, more often complications.

In the statistics of infectious diseases, influenza and SARS are 95%. The impossibility of modern medicine is still defeating these diseases due to their ability to quickly evolve. Most people have not learned to distinguish between flu and common cold, and this can lead to serious complications due to improper and timely treatment, which in some cases result in death.

Physicians unanimously say that the cause of death in most cases is the later application for qualified care. People habitually try to lie back, feeling unwell and get by the traditional set of familiar tablets and medicines for colds. But the flu gives complications and develops into pneumonia, which quickly "burns" a person on "seagulls".

Now in Ukraine the flu rages, taking more and more new human lives. Physicians unanimously say that the cause of death in most cases is the later application for qualified care. People habitually try to lie back, feeling unwell and get by the traditional set of familiar tablets and medicines for colds. But the flu gives complications and develops into pneumonia, which quickly "burns" a person on "seagulls".

Therefore, it is vital to know what is the difference between a common cold, ARVI and influenza. How not to be mistaken?

1. Deterioration of well-being at:

4. Runny nose and nasal congestion when:

6. Sore throat and redness when:

7. Discomfort in the eyes of: