Our world is full of unusual fruits, which you probably did not even know about.

Oranges, mangoes and bananas have long seemed to us not so exotic, especially after you learn about the great variety of these delicious delicacies created by nature.

They look extraordinary, and to try them is a real adventure. 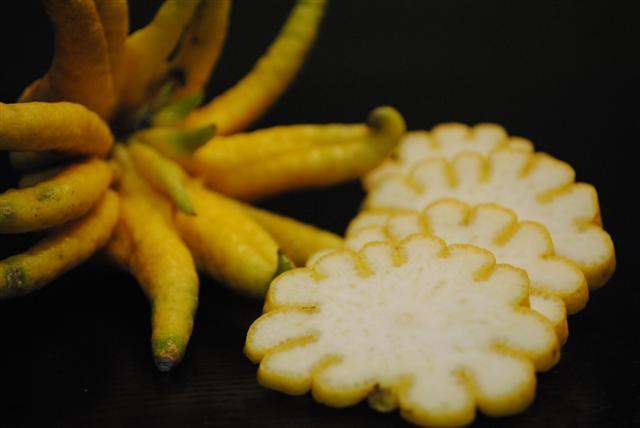 The citron is fingered, or, as it is also called the "hand of the Buddha", grows in China, India and Japan. This fruit is more sweet than sour, and it is often candied, preserved, insisted and used instead of lemon zest.

Fruit is often offered in temples in China as a symbol of luck and longevity. In Japan, it is used as a decorative element and for the aromatization of rooms and clothing. 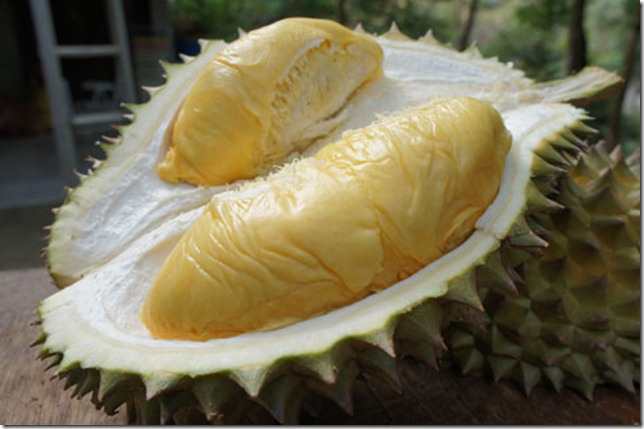 This South Asian fruit is prickly from the outside, but soft and sweet inside, is known for its unbearable smell, which is why it is banned in many public places in Singapore. 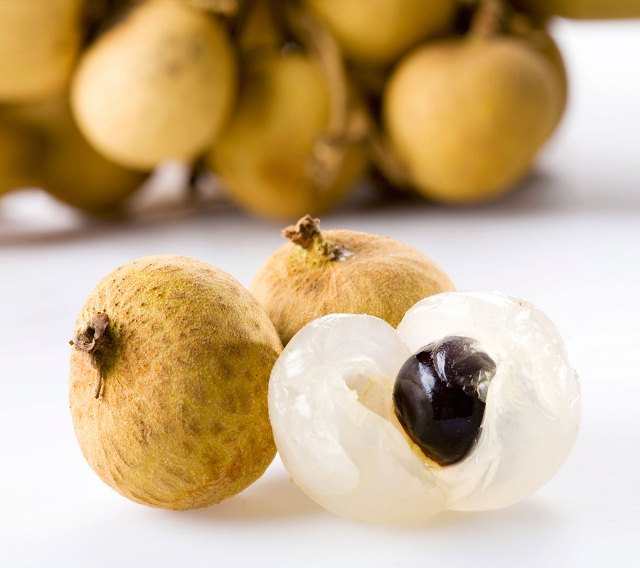 It is also called the "eye of the Dragon". A small juicy fruit is eaten in China and is often added to soups, snacks, desserts and sweet and sour dishes. In Chinese medicine, longan has sedative properties. 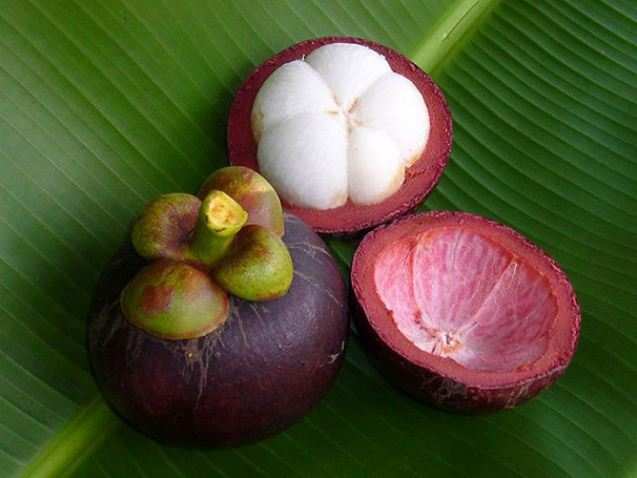 Mangosteen - another South Asian treat is a favorite fresh dessert in Malaysia and the surrounding area. Flesh is often canned, although this fruit still prefer to eat fresh. 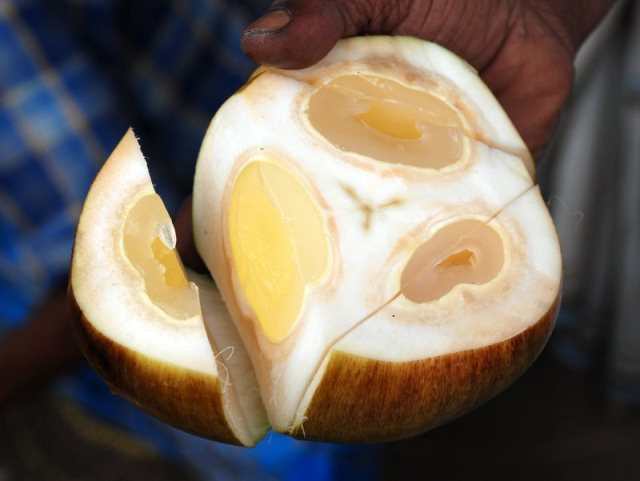 Palmyra grows on a palm tree, and it can often be seen in the summer in India, in southeast Asia and Malaysia. The fruit is known for the fact that inside it are small white grains, soft and jelly-like, when the fruits are still young. 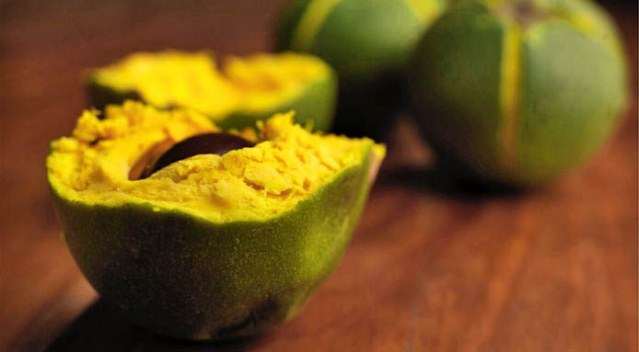 This South American fruit is loved in Peru and Costa Rica. Often it is eaten raw or used in desserts. Lecum powder is often used as an additive and sweetener. Although the fruit itself is quite tasty, some consider it unpleasant, since it leaves a specific aftertaste. 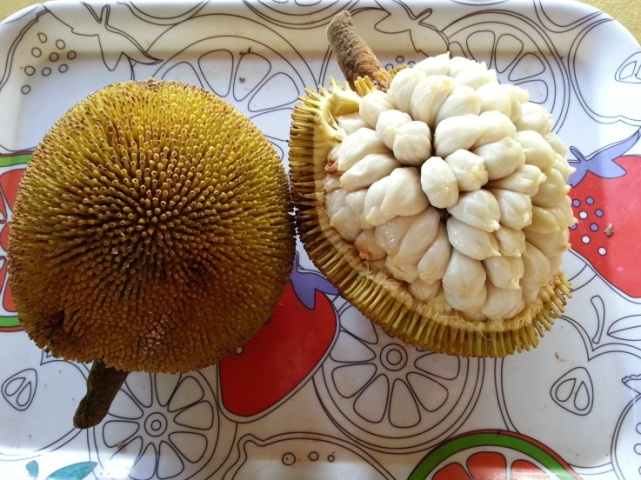 Under the prickly skin of the maranga there are sweet, small sowings of the size of a grape. If the fruit is cut, it should be eaten immediately for several hours, as it quickly loses its taste and oxidizes. 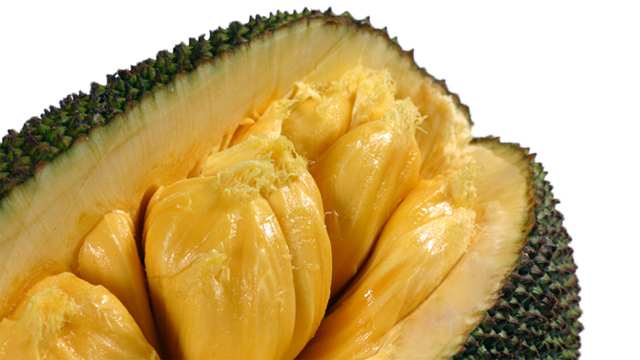 One of the most famous fruits that grows in the southeast parts of Asia. The jackfruit has a fleshy, fibrous flesh, and it is eaten both freshly and as an additive to desserts and spicy dishes. 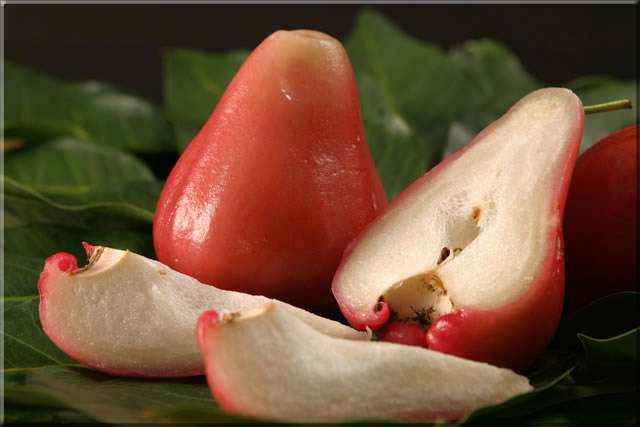 This Taiwanese fruit is firm and crunchy, and it is eaten fresh or tinctured. 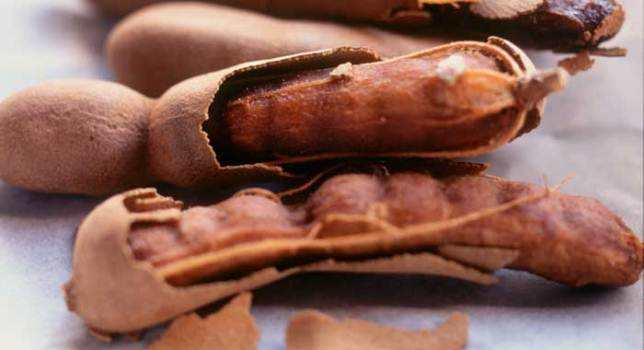 Tamarind grows in Africa, but is widely used in many countries. Sour fruit is used in various dishes of Indian and Asian cuisine. Drink from tamarind drink in the countries of South America. 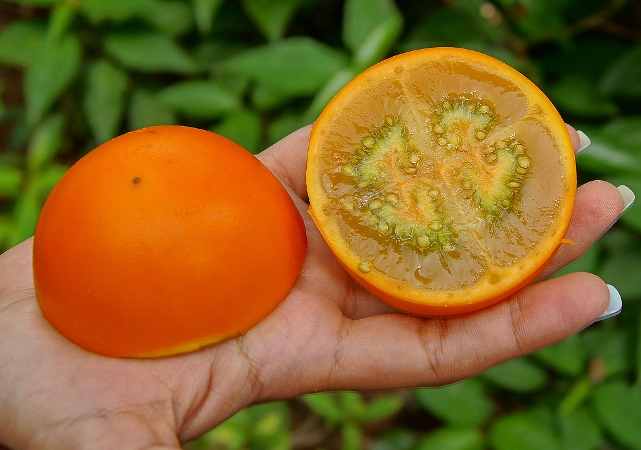 Naranjillo or lulo on the outside looks like an orange, but inside looks like a green tomato, with a citrus flavor. The fruit is very popular in Colombia and Ecuador, and it is often called the "golden fruit of the Andes" and "the nectar of the Gods." 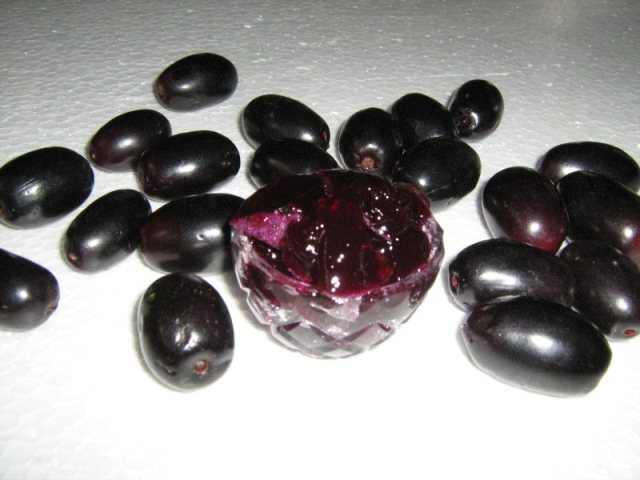 Jambolan is a popular fruit used to make desserts in India. Often the fruits are eaten with salt. It is also used in Ayurvedic medicine. 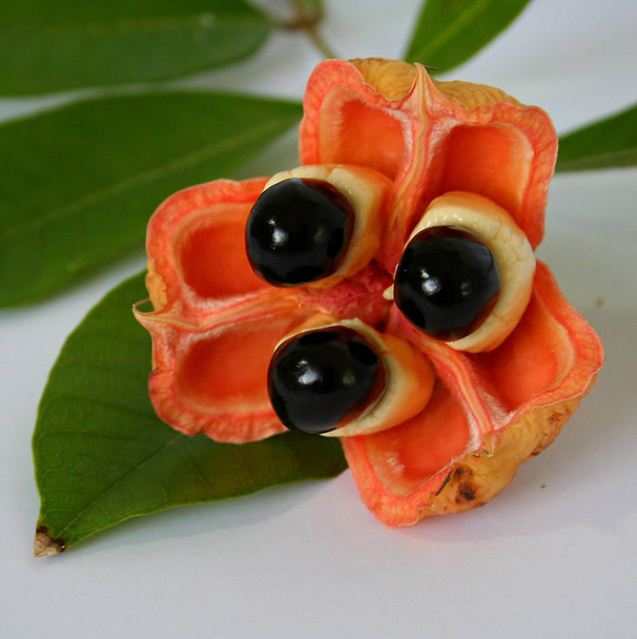 The fruits of aki grow in Jamaica and they can be eaten raw when they are mature. Most often they are used as snacks in popular Caribbean dishes. This large fruit of the Pacific islands is cut into pieces and eaten fresh, or fried and served as a garnish. The fruit has a starchy texture and an aroma reminiscent of freshly baked bread. 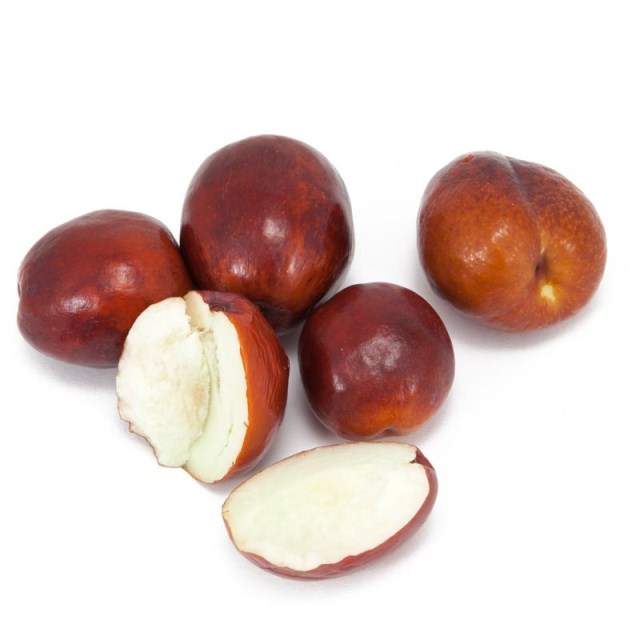 Varieties of jujube, ziphuis or "Chinese date" are growing in India, China and throughout Asia. When the fruits are slightly immature, their flesh is white, crunchy, juicy and sweet and sour, like a wild apple tree. Ripe fruit is not so crunchy and rather loose, wrinkled, and the pulp is porous and musky. 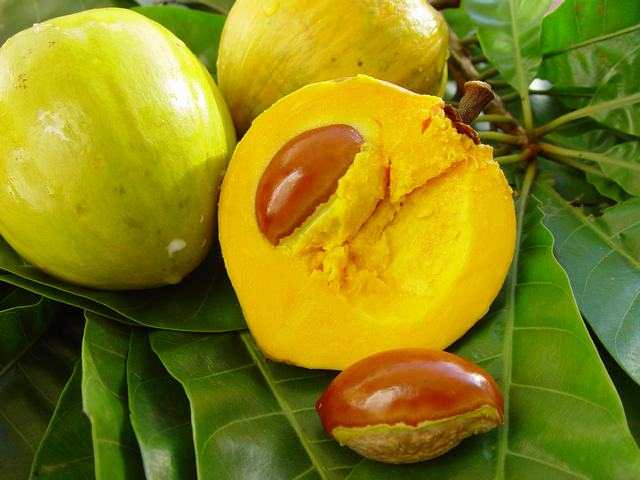 Kanistel is often called the "egg fruit", and it has a sweet and soft flesh, which is used for making milkshakes, ice cream and sweet cream. 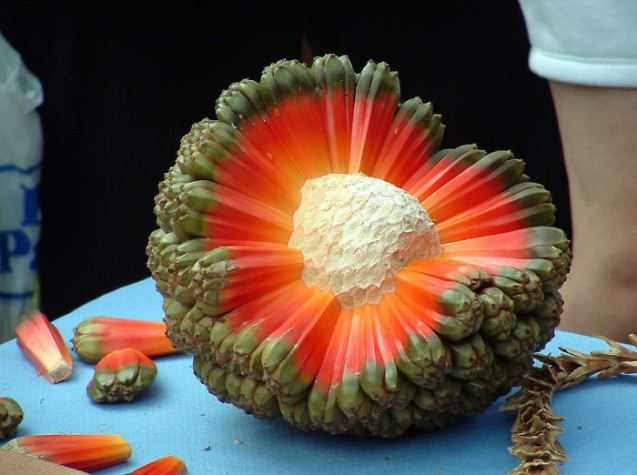 This unusual sweet fruit is an important source of nutrition in Micronesia. The leaves of the tree are often used as a seasoning in sweet dishes, and butter and flowers are used for medical purposes. 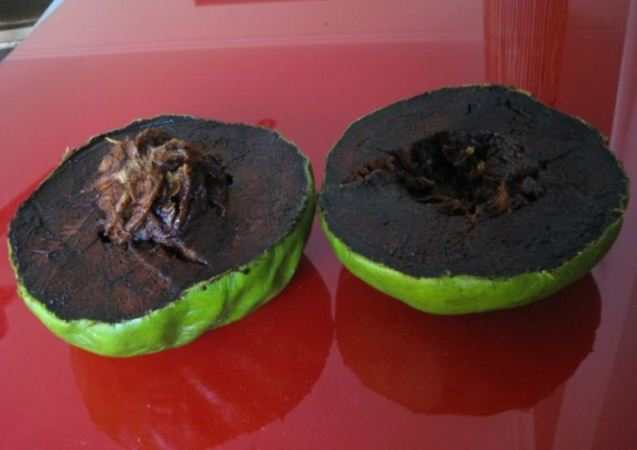 Everyone who tasted this fruit will say that it tastes very much like chocolate pudding, only it has much less fat than a real chocolate pudding, and 4 times more vitamin C than an average orange. Tropical fruit is a type of persimmon growing in Mexico, Guatemala and Colombia. 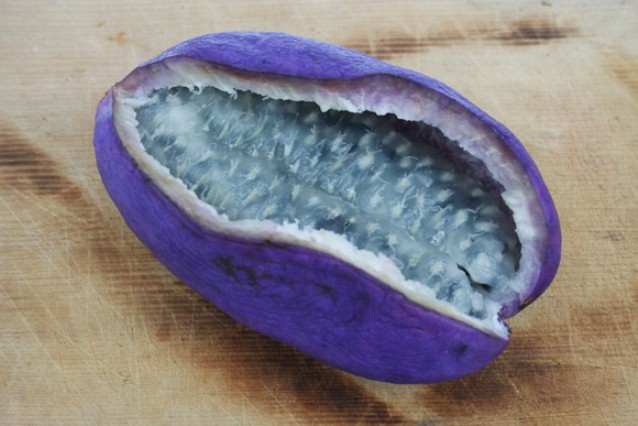 Akebi is a very beautiful fruit that grows in the north of Japan. He has a white flesh filled with a lot of shiny black seeds, which is used as a fruit. At the same time, a purple pod is eaten like a vegetable. 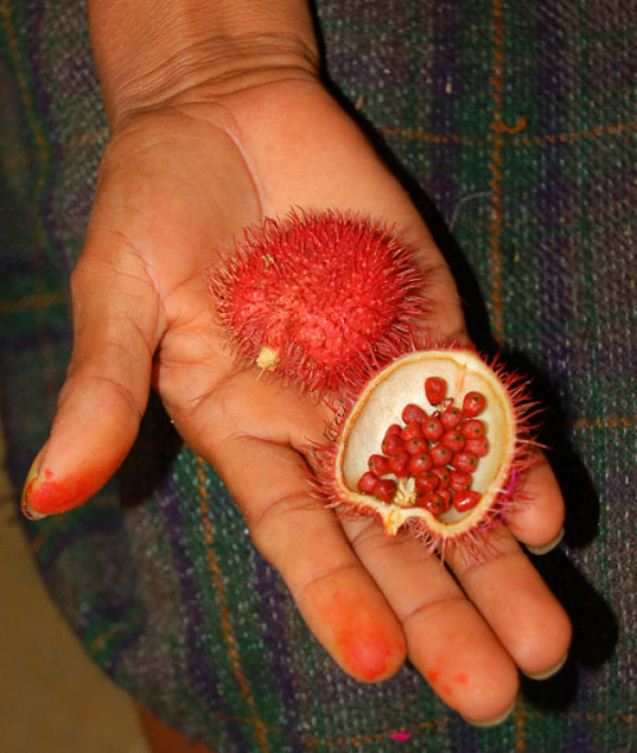 The fruit itself is inedible, but the seeds and flesh are edible, and its taste resembles fresh pepper with a sweet note of nutmeg. They are often used to make annatto, which is added to dishes for flavoring and as a food color.