Psychosomatics: Diaphragm - fear, anger and pain that we swallowed

Psychosomatics (dr.-Greek soul and body) - a direction in medicine (psychosomatic medicine) and psychology, studying the influence of psychological factors on the occurrence and flow of somatic (bodily) diseases.

The diaphragm is a secret center of control and management, one of the "open secrets" of the human body. Everyone knows from school what a person's diaphragm is, but no one pays much attention to her and does not think about why she still exists. There are always more interesting things about which we do not yet know.

"The armor blocks the alarm and the energy that has not found its way out, the price of this is the impoverishment of the individual, the loss of natural emotion, the impossibility of enjoying life and work." Wilhelm Reich

When the abdomen starts to ache after a heavy intake of harmful food, we suddenly realize that we have an intestine. Having inhaled too much smoke and started to cough, we remember the lungs and their need for fresh air. When we feel sexual desire, our attention is drawn to the genitals.

But the diaphragm? She just does not figure in the picture of the body. And while it controls our emotional expression more than any other segment . 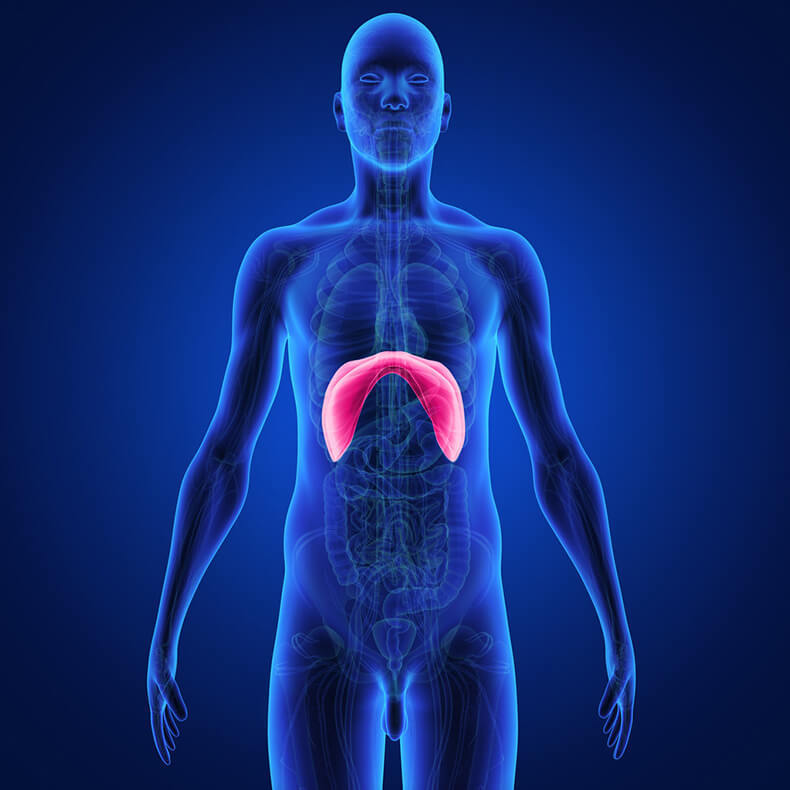 The diaphragm is a thin domed group of muscles that are placed directly under the lungs and are in constant motion. Whenever we breathe, the muscles of the diaphragm contract, moving downward to create space for air to enter the lower part of the lungs. Whenever we exhale, the diaphragm moves upward, pushing the air out.

Breathing is one of those functions of the body that never stop. It happens automatically, continuously and without interruption, from the moment of our birth and until death. Thus, the diaphragm continuously pulsates, continuously moves up and down, and this constant pulsation makes it one of the main means of transmitting energy in the body.

According to Reich, one of the basic principles of human health is that energy must flow freely through seven segments, waves or impulses moving through the liquid contents of the body . In this movement of energy up and down the whole body, the diaphragm is the key site, because it is here that more than in any other place, energy can be blocked.

Our breath is, to a certain extent, available for conscious control. If desired, we can hold our breath for a limited time, straining the diaphragm for this. You can try to do it right now. Draw into the air and hold it. Feel how you squeezed the muscles of the diaphragm to stop breathing.

This compression significantly reduces the pulsation occurring in the body, preventing the flow of energy. And because the flow of energy is closely related to the expression of our feelings, this means that by straining the diaphragm, one can also prevent the movement of waves of emotion. Thus, we have the ability to control from this place our feelings - which we do.

Below is located the belly and sexual center, and, in a sense, the diaphragm is like a passage leading to our internal animal energy, to all primary feelings associated with either infancy or sensuality - with the very basics of emotions. Whenever we want to cut ourselves off from these feelings, rising from either the abdomen or the sexual center, it is the diaphragm that is the place where we create tension to avoid contact with them, push these primordial impulses back, drive them out of sight And from our consciousness.

When we talk about the state of emotional cleavage in a person, in which one part of the body expresses a certain desire and desire, and the other - struggles with this impulse or rejects it, often such a splitting passes through the diaphragm.

This is especially true for situations involving love and sexuality. The heart above the diaphragm expresses a certain desire, while the sexual center under it may want something completely opposite.

In many ways, the mind is constantly struggling with our basic needs, and the diaphragm takes a very active part in this.

The tension associated with inner thinking accumulates in the diaphragm, and therefore anyone who spends much time thinking, planning, reasoning and comparing will inevitably create chronic tension in this segment. This is another aspect of the role of the diaphragm as the main control center.

All three basic emotions - fear, anger and pain - are restrained by the diaphragm , and the resulting tension manifests itself as enslavement. The muscles become rigid and move with difficulty.

Most clearly this effect is manifested in thin women with flat stomachs. They can easily be attributed to a type that keeps fear: they have weak muscles on the periphery of the body, and they are very light, as if with wings on their heels, or as if their bones are made of light material. With such flat stomachs, one can only wonder where their insides are placed.

However, in a tense abdomen, a lot of fear can be stored, and this is the first emotion that we encounter when the hatch of the diaphragm opens. This can be very frightening, because it is often associated with a feeling of helplessness, a fear of not being able to cope with some important problem or inability to withstand a certain powerful figure.

All the energy of people holding fear is diverted from the outside world to the center and compressed there. This is their way of escaping from some experienced threat or danger. But such compression leads to physical exhaustion. When energy is drawn to the center, all you can do is just drop.

In the legs there is no energy to stand, in the hands there is no power to defend, and the eyes become invisible and disconnected. This is an extreme case, but I highlight it to show how in people holding fear, the periphery becomes inefficient due to the inaccessibility of the energy source - because all energy is held around the nucleus. 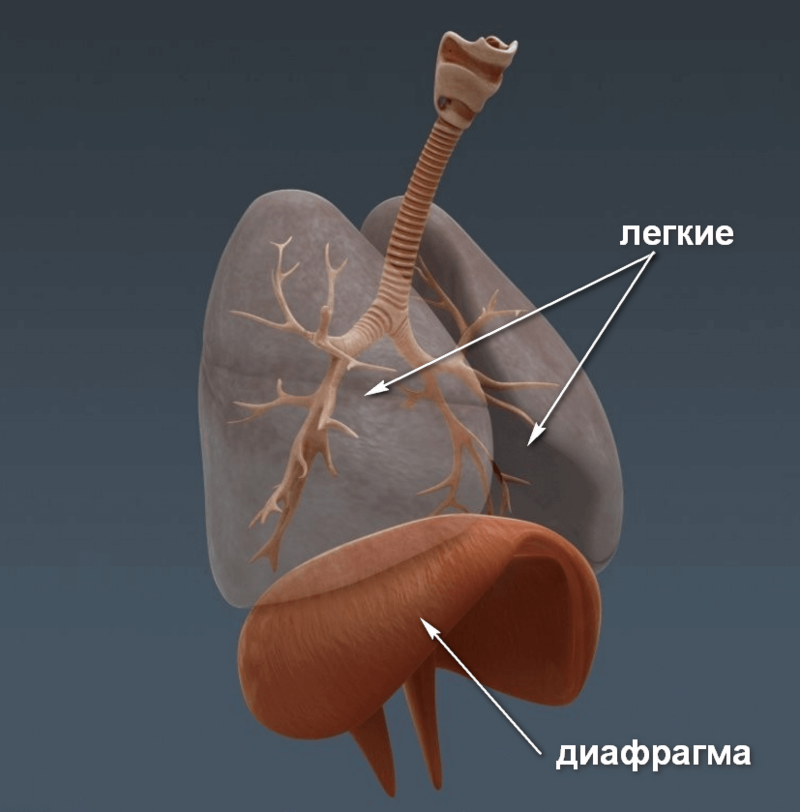 When we breathe into the stomach, allowing energy to penetrate the diaphragm, fear can be released . And only then does it become possible to feel its power, because blocking in the diaphragm does not let us to the vital energy stored in the lower part of the trunk.

In the case when the emotion held by the anger is , the diaphragm freezes to prevent the energy from flowing outward. In the case of pain retention, it is immobilized in both directions - both with inhalation and with exhalation - so that the sensation itself is blocked.

Add to this the ability of the diaphragm to split the body in half, splitting the energy already described, and you can understand how important this segment is as a regulator of the energy flow. And in conjunction with the throat, it can cause a complete stop of energy, so that any movement stops, and keep everything in a kind of lifeless balance.

The muscles of the diaphragm, with the help of tissues and ligaments, are attached along the circumference to the inner side of the entire thorax. Where the diaphragm connects to the back of the body, fear is held.

Reich says a lot about keeping the fear in the back area, saying that the shape of the body in this place gives the impression of waiting for a blow to the back of the head. This is the result of a shock, an unexpected attack ... it seems that everything is fine, and then: "Bach!" The head goes back, the shoulders tighten, the spine arching. No wonder we say that the horror film "spin cold" - because it affects the fear held in our backs.

Working with this area often brings to the surface of the surprising and unexpected things hidden there. The themes held in the back are something secret - that's why we hide them from behind.

The diaphragm is associated with many things that we swallowed - literally, figuratively and energetically - and especially with the ingestion of what would make us feel anger, disgust, nausea. Then, at the time of ingestion, we could not give vent to the natural vomiting reflex, but some exercises help it provoke.

Nausea often comes with such force that a person can really pull out, which is good, because together with vomiting there is a powerful emotional discharge. Often together with disgust, rage pops out: "How dare you make me eat peas?" Or "How dare you make me go to school?" With this nausea and fury, as the diaphragm relaxes, everything comes to the surface, That we were ever forced to do and that we did not want to do.

Now you already understand that our emotions can be restrained, felt and expressed in all segments . But as we move down these emotions begin to come out of deeper areas of the body, and accordingly their intensity increases.

In particular, if the client begins to cry at the beginning of the process of getting rid of the shell, the energy of tears and crying will be expressed through the eyes, throat, mouth and, possibly, to a small extent through the chest. That is, energy will remain in the upper body. Looking at the client's body, I see that energy does not penetrate below the thoracic segment, and crying is accompanied by high sounds, a kind of whining and complaints. Or it contains some quality of whining - irritation, which would like to turn into anger, but does not have enough strength, and therefore can last forever. 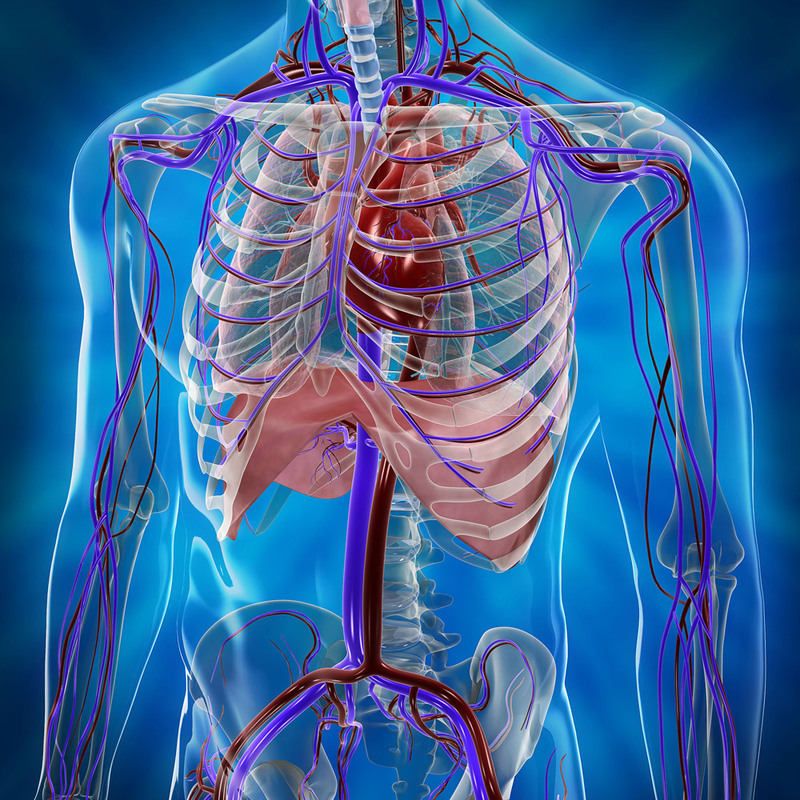 As I invite the client to breathe deeper and start working with his chest, the lungs take deeper breaths, and then sobs start to come from the heart area, rushing through the throat to the mouth and eyes. Then, if the client remains with this weeping, there comes a moment when the diaphragm relaxes, energy falls into the lower segments and deep sobs rise from the belly.

You are familiar with the expression "tearing heart sobs," as well as the expression "pain that turns the intestines inside out" or "feelings from which the intestines". This is a linguistic indication of how the intensity of emotions increases as we descend to the lower parts of the body.