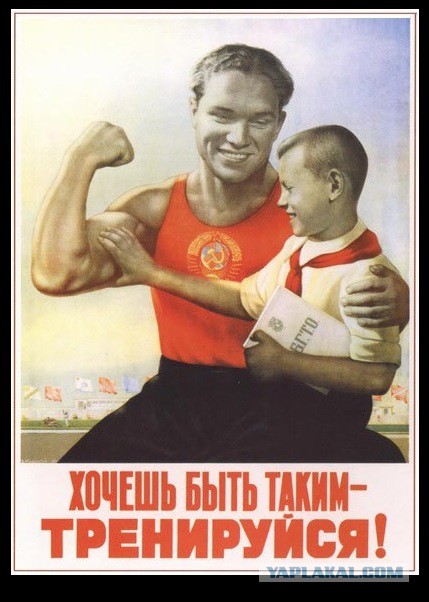 Everyone is now discussing the rules of the TRP, introduced in 2014 - let's see what norms were in Soviet times.

The foundation of sports education in the USSR was the TRP standards - "Ready for work and defense." They were introduced back in 1931 at the initiative of the Komsomol (But what about? Komsomol members are always ahead!) And at first made the delivery of sports standards a voluntary matter, albeit befitting every Komsomol member.

Some of the most global were adopted in 1972. On January 17, a resolution of the Central Committee of the CPSU and the Council of Ministers of the USSR No. 61 "On the introduction of a new all-Union physical education complex" Ready for Labor and Defense of the USSR (TRP) "is issued."

They passed the TRP standards by age. In total there were 5 stages of the TRP. 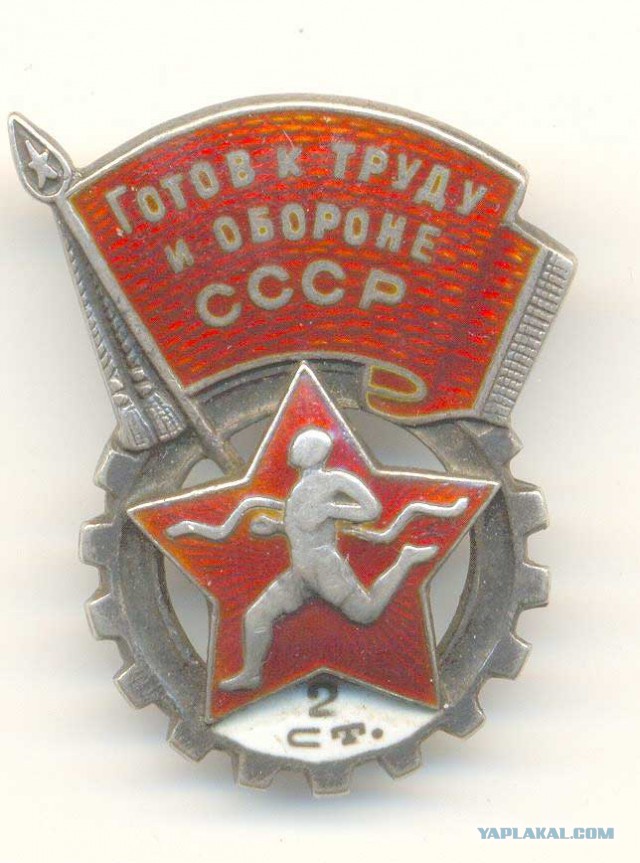 The first stage of the TRP was called “Bold and Agile” and was intended for boys and girls 10-11 and 12-13 years old.

So, the 13-year-old applicant for the gold badge of this step was to jump 110 cm in height, throw a tennis ball at 26 meters, swim 50 meters, run 2 km on skis in 15 and a half minutes and climb the rope with his feet 3 and a half meters, and also run, rush on a bicycle, jump in length, pull yourself up on the bar.

And all - go, shine with a golden badge! 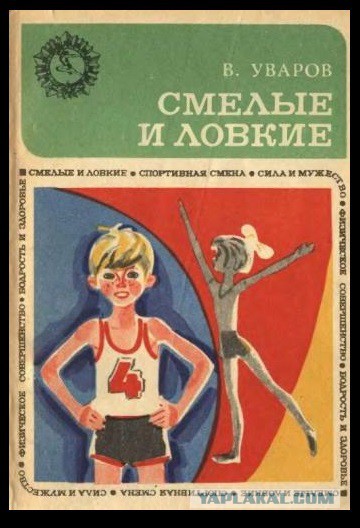 Here is the same plus running on simple skates and gymnastic exercises, such as lifting from a vis point-blank by a coup, push-ups and a hiking trip with a test of tourist skills.

Those who wanted to take gold here needed a sports - second or third - category in any sport. 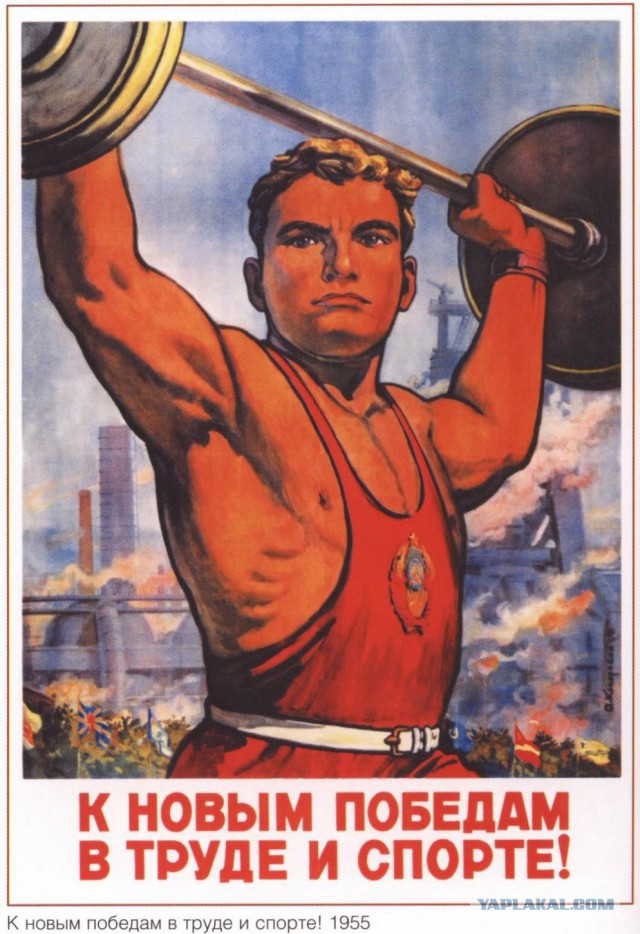 The youthful stage, “Strength and courage”, showed readiness not only for work, but also for defense.

Boys and girls to their choice threw a grenade weighing 500-700 grams or pushed a four-five kilogram core, shot with a small-bore rifle or military weapons, learned to navigate the terrain in marching conditions and had to have a discharge in one of the types of sports that the country needed: motor, water -motor, motorcycle, glider, parachute, aircraft, helicopter, boxing.

After that, the boys were ready for the army, and the girls received the rank of sandruzhnitsy.

Well, and the golden badge, of course. 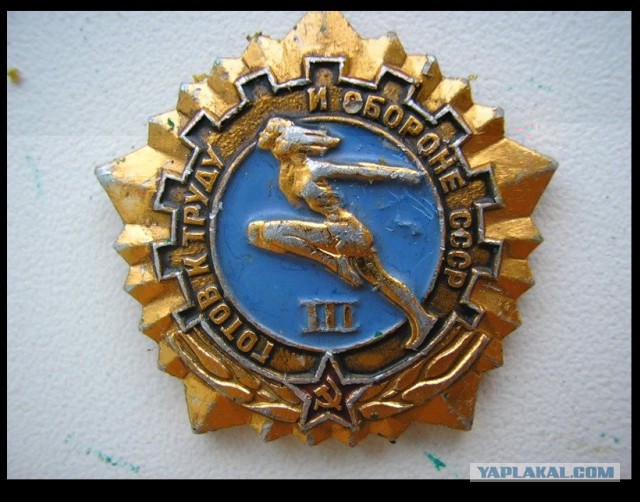 The age of physical perfection, according to the developers of the Soviet standards of the TRP, for men lasted from 19 to 39 years, and for women from 19 to 34.

The 4th stage of the TRP provided for the same: cross, skiing, throwing, pushing, jumping and so on. 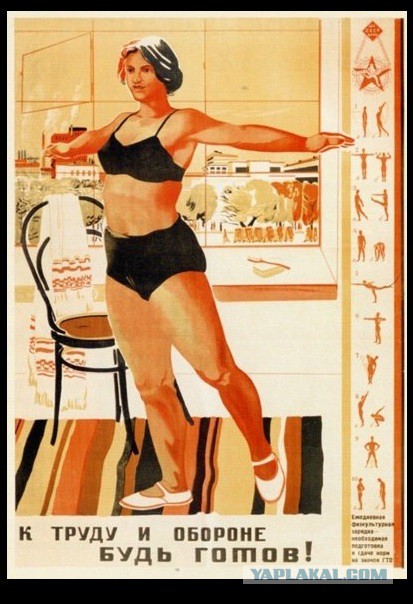 The fifth stage of the TRP was called “Vigor and Health” and again slightly discriminated against women, setting a lower bar for them at 55, and for men at 60.

Instead of running, accelerated walking was provided here, and instead of cross-country skiing - skiing. 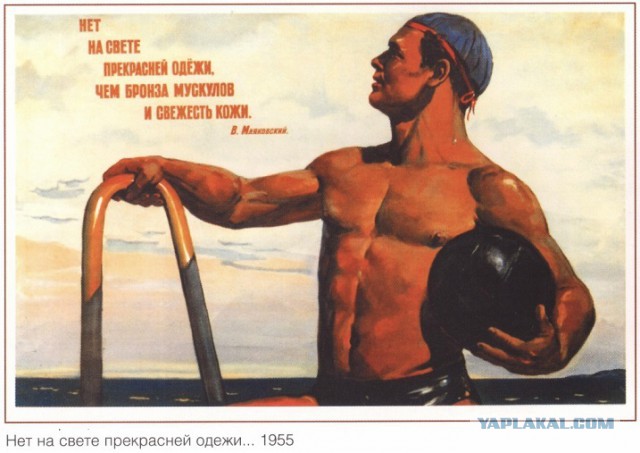 And what do you think - for three years, from 1972 to 1975, more than 58 million people have fulfilled the TRP standards of their age.

Basically, of course, these are schoolchildren and employees of the Soviet army.

But, if anything, this generation will throw a grenade, and it will orient itself on the ground. 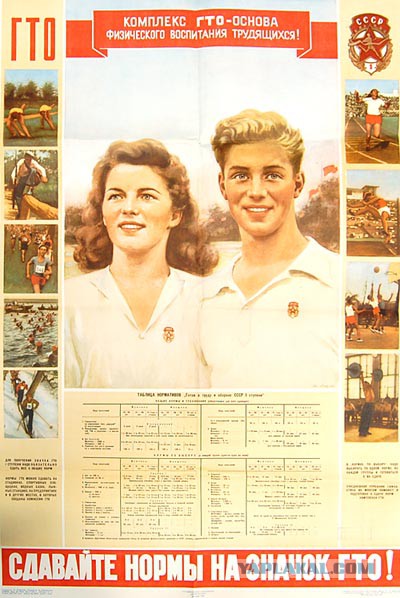